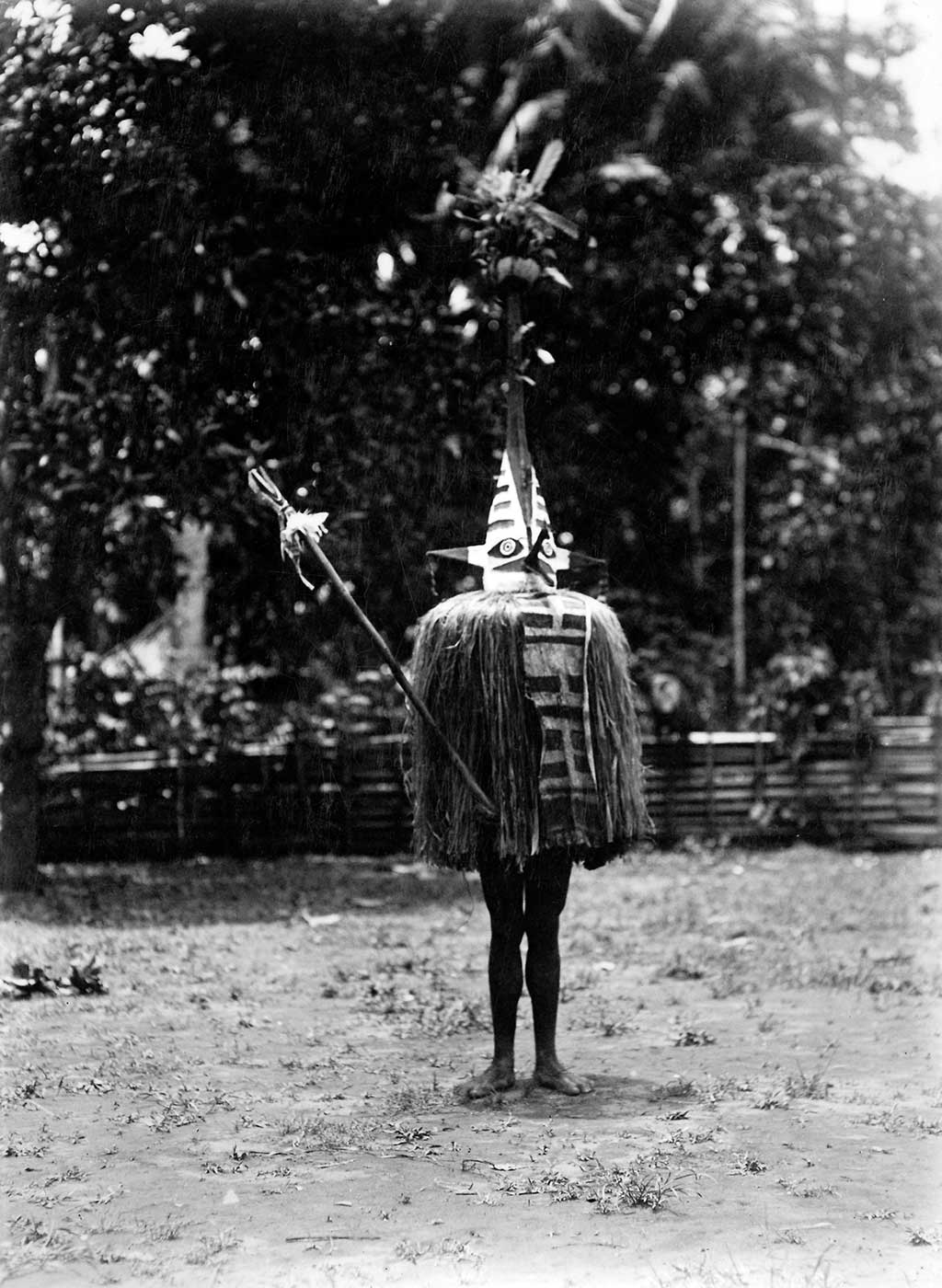 In 1913 the Australian Government built an anthropology museum in Port Moresby, and introduced legislation to protect the cultural property of Indigenous Papuans.

The Papuan Antiquities Ordinance prevented the export of significant items of tangible cultural heritage. Artefacts exported in contravention of the ordinance could be confiscated and added to the government’s own collection, which later became known as the ‘Papuan Official collection’.

‘To receive a mask is both an honour and an obligation’, explained Papua New Guinean politician Albert Maori Kiki in 1968. ‘The initiate … is placed under a strong obligation to the people who give him a mask to wear. They will expect him to render help later on in doing their gardens and in looking after them when they are old.’

Eharo maskA conical mask of tapa cloth on a cane frame, with a beaked mouth, circular eyes, and projecting ears. The base terminates in concentric cane rings bound together. The mask is painted white, with red on the mouth, nose, and brow, and black around the eyes.

Australia’s Official Papuan collection: Sir Hubert Murray and the how and why of a colonial collection

Sylvia Schaffarczyk reconstructs the history of the Museum's Official Papuan collection and examines Australian collecting in Papua during a key period in the development of anthropology and Australia’s colonial interests.
Open player in a new tab
Presenters: Sylvia Schaffarczyk
Tags:
00:00 / 19:59