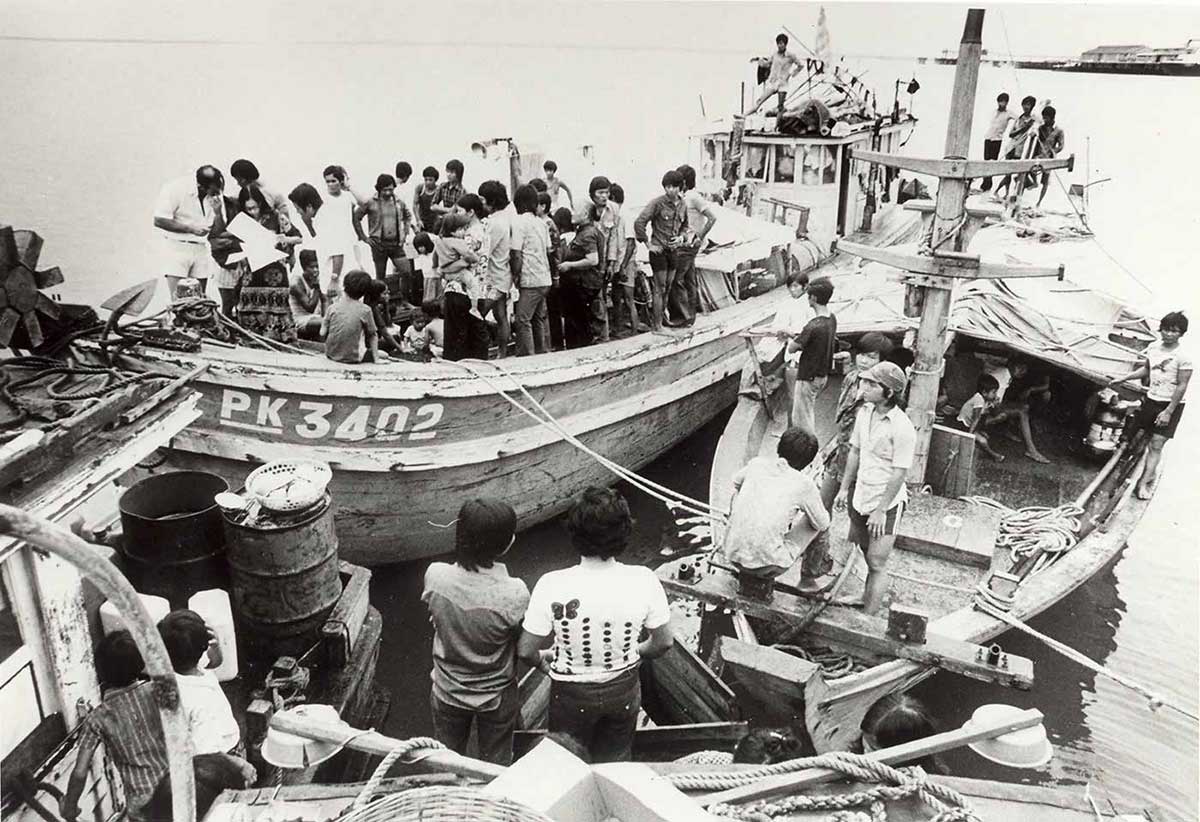 On 26 April 1976 the first boatload of refugees fleeing Vietnam sailed into Darwin Harbour, heralding a series of arrivals over the next few years.

The vast majority of refugees from Vietnam arrived by plane after selection by Australian officials in refugee camps established throughout South-East Asia.

Since 1976 Australia has become home to a thriving Vietnamese community. The 2016 national census showed that 219,357 people in Australia were born in Vietnam.

Lam Binh’s greeting to immigration officials on 26 April 1976, when they boarded his boat in Darwin Harbour: 1

Welcome on my boat. My name is Lam Binh and these are my friends from South Vietnam and we would like permission to stay in Australia. 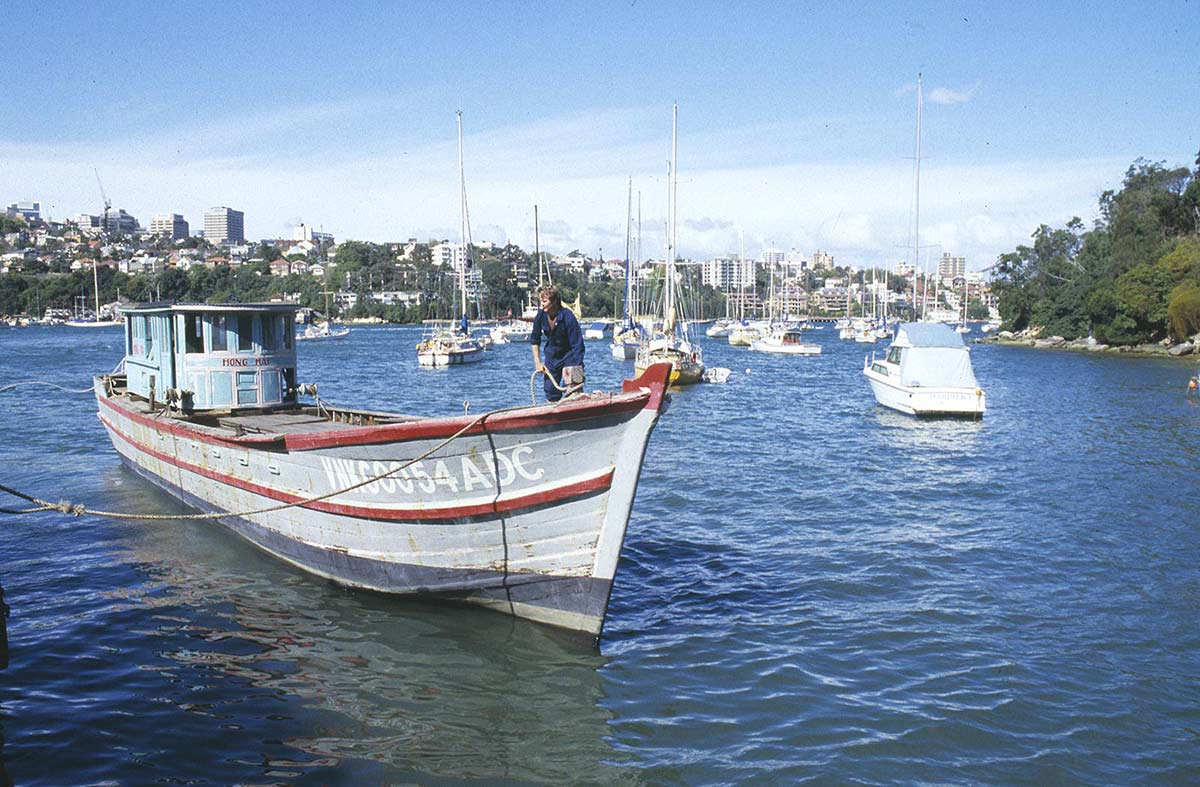 End of the Vietnam War

By early 1975 it was apparent that North Vietnamese forces would soon overrun South Vietnam. Just before Saigon fell, United States and other foreign forces evacuated the first wave of people seeking to escape.

The second wave of refugees emerged as the communist government began to dismantle the old regime. Those associated with the former government were sent for re-education, others lost their jobs or were moved to work on rural reconstruction projects.

The very first Vietnamese refugees to reach Australia were the orphan infants evacuated by Operation Babylift in the weeks before the fall of Saigon in April 1975. Amid fears for their safety, more than 3,000 infants were flown out of Vietnam, mainly to the United States, United Kingdom and Canada, but also to Australia.

The Australian public was supportive of Operation Babylift; for example, the Australian Women’s Weekly ran a two-page article in April 1975 that emphasised the impact of the war on Vietnamese children.3

The first adult refugees arrived in the 20-metre Kein Giang, which sailed into Darwin Harbour on 26 April 1976. The 20-year-old captain, Lam Binh, with his younger brother and three friends, made the 3,500-kilometre journey to find refuge.

Binh was not a sailor by trade; he taught himself navigation as part of his escape plan. His original map was nothing more than a page torn from a school atlas and, while a better map was acquired later, it extended no further than Timor. Binh sailed the rest of the journey by dead reckoning.

These figures record only the number of people who arrived in refugee camps, not all those who attempted to leave Vietnam. Many people were captured in their attempts to escape.

Dangerous seas, overcrowded or unseaworthy boats, and pirate attacks meant that an unknown number of refugees perished at sea. In his memoir, well-known Australian comedian Anh Do recounts that his family was twice attacked by pirates.

The increasing numbers of refugees put a serious burden on Vietnam’s nearest neighbours.

Many refugees recounted how they would arrive by boat in a neighbouring country to seek sanctuary, only to be refuelled, sometimes given food, and sent back out to sea. Lam Binh and his party were moved on several times before deciding to try to reach Australia.

In the international negotiations that took place to try to manage the refugee situation, Australia promised to take an increased number of refugees, but only if South-East Asian nations would stop their practice of redirecting boats.

The Australian Government sent officials to the refugee camps to select those refugees who would be given a visa. Until 1983, when Prime Minister Malcolm Fraser lost government to Bob Hawke, Australia took more than 15,000 refugees per year.

Since the Lam brothers and their friends arrived in 1976, Australia has become home to a thriving Vietnamese community. In 2016 the national census showed that 219,355 people in Australia were born in Vietnam.

Bamboo hybrid stringed musical instrument called a 'dan tre', an original creation by Vietnamese refugee Minh Tam NguyenBamboo hybrid musical instrument called a 'dan tre'. The instrument has twenty-three 800mm-long wire strings attached to a bamboo tube. An Australian-made metal hose-clamp is around the top rim. An Australian 'DANTE' brand rectangular four-litre olive oil tin, which acts as a resonator, is strapped to the base of the tube with t...

Inside Story essay on 1970s political debate about refugees

Sten A Bronee,‘The history of the comprehensive plan of action’, International Journal of Refugee Law, vol. 5, no. 4, 1993.