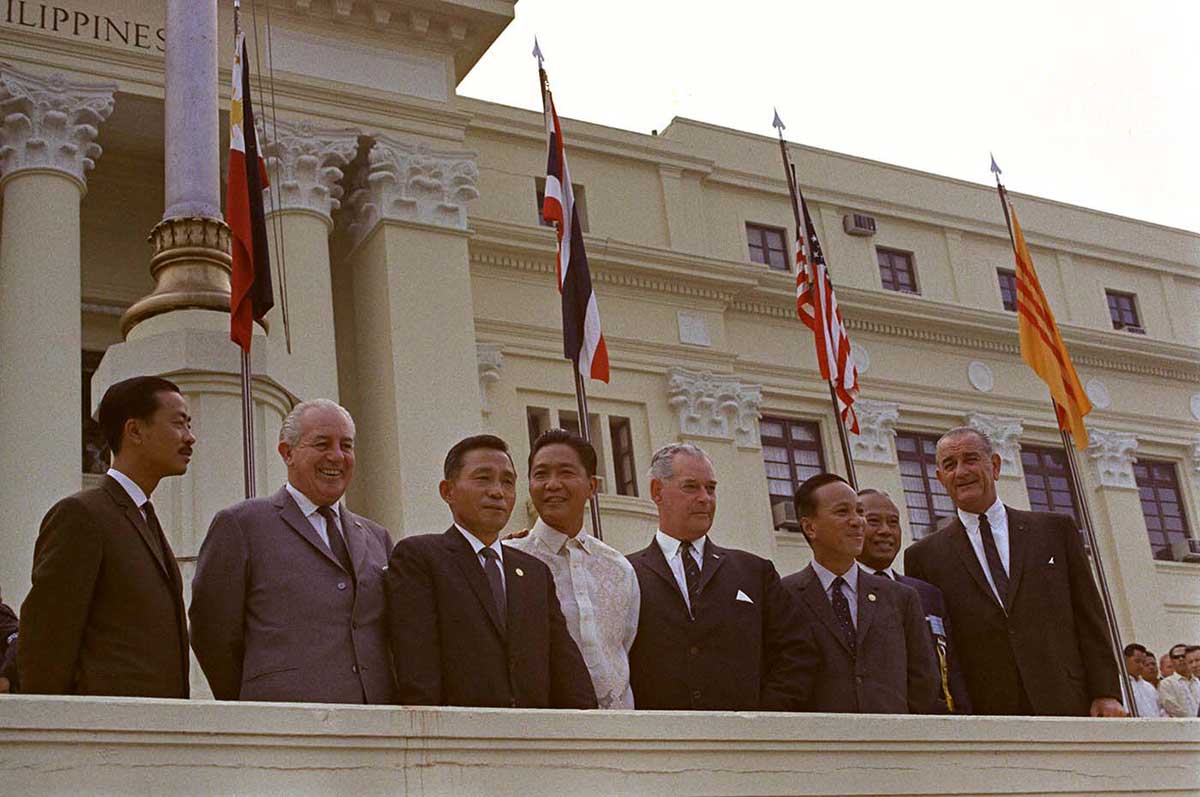 In 1966 the Holt government introduced measures which were the first major steps towards ending the long-held White Australia policy. These changes to immigration policy were some of the most significant steps towards the formation of multicultural Australia.

Under the new laws, all potential migrants were now subject to the same rules and restrictions surrounding visas, and were eligible to become citizens of Australia after the same waiting period. People were selected based on what they might offer Australian society, rather than their race or nationality.

From now on there will not be in any of our laws or in any of our regulations anything that discriminates against migrants on the grounds of colour or race.

One of the first pieces of legislation enacted by the parliament of the newly federated Australian nation was the Immigration Restriction Act 1901. This Act, known as the White Australia policy, aimed to not only restrict numbers of non-white migrants to Australia, but also to deport ‘undesirable’ migrants who were already in the country.

The policy was openly racist, and was designed to support the ideal of Australia as a ‘purely’ white nation, untroubled by the threats non-white populations were thought to pose to the country’s social, political and moral standards.

The Australian Government actively enforced the White Australia policy. British migration was favoured and encouraged, and a dictation test – in any language a potential migrant was unable to speak – was administered as a way of stopping migrants from outside the United Kingdom from entering Australia.

As a result, non-white people – including Australia’s Indigenous population – made up only about two per cent of the overall population in the early 1940s.

After the devastation of the Second World War, Arthur Calwell, the Australian immigration minister, revived the idea that Australia must ‘populate or perish’. British migrants were sought, but government policy in the UK discouraged the emigration of people Britain needed to rebuild its cities and infrastructure.

With insufficient numbers relocating from the UK, Calwell made the controversial decision to circumvent the British bias of the White Australia policy and allow the migration of displaced persons from Europe. The ‘beautiful Balts’, who arrived in 1947, were the first group chosen as they were reassuringly fair-skinned, and fitted Australian aesthetic ideals.

This was the first step in the gradual move away from the British migration model that had dominated Australian policy. 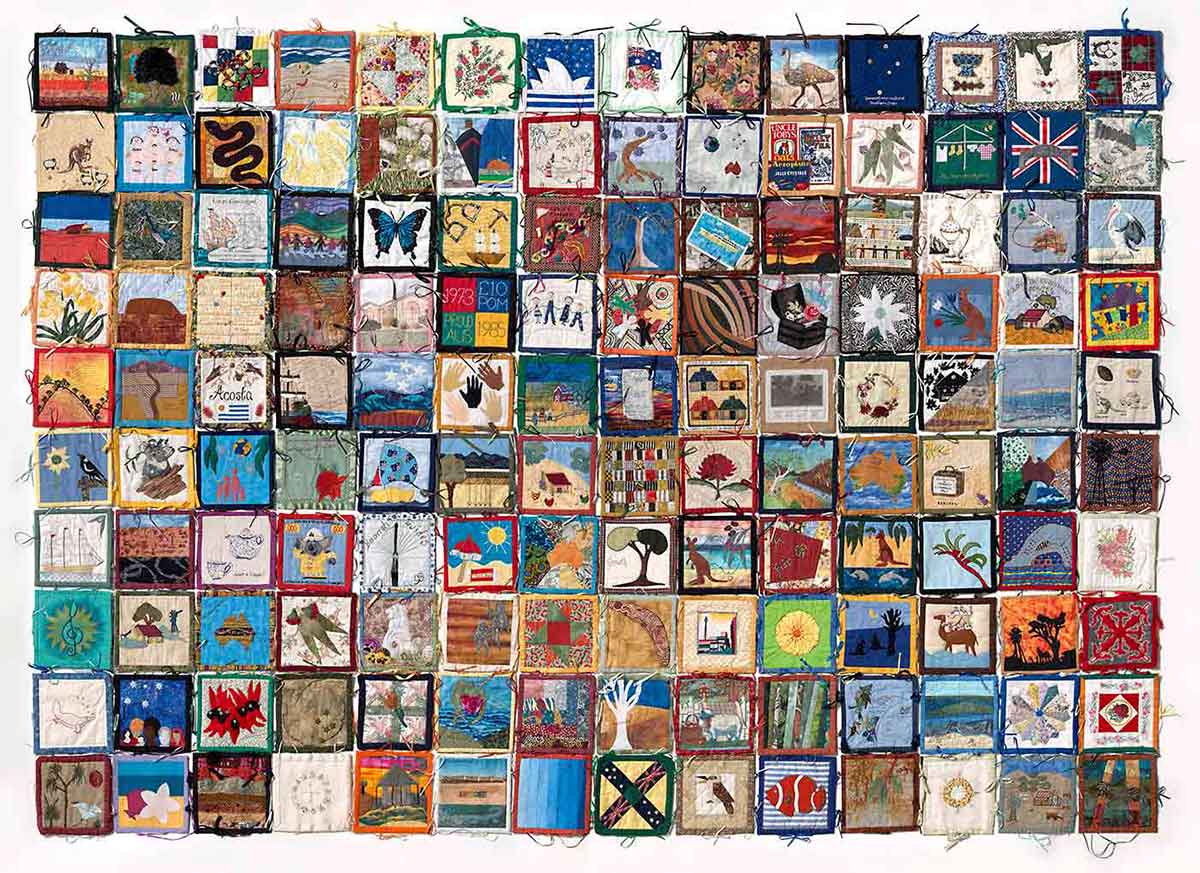 The Australian Citizenship Quilt is made from 140 individually designed squares that represent the many ways Australians understand citizenship, through personal stories of migration and identity

In the years after the arrival of the ‘beautiful Balts’, migration policies slowly changed to first allow migrants from southern and eastern Europe, and then (from the late 1940s and early 1950s) carefully selected temporary migration from the Middle East and Asia.

The late 1950s saw more positive changes of attitude towards non-European migrants. In 1957 the Liberal government relaxed restrictions on ongoing temporary visas and made non-European migrants eligible for citizenship after 15 years in the country (as opposed to five years for Europeans).

In the Migration Act 1958 the government introduced legislation that abolished the dictation test as part of a simpler permit migration system.

A migration review in 1966 led to the most significant step towards the abolition of the White Australia policy.

Under the new laws – introduced by the Holt government by ministerial decree and given bipartisan support in parliament – all potential migrants were subject to the same rules and restrictions with regard to acquiring visas, and were eligible to become Australian citizens after the same waiting period of five years.

Migrants to Australia were to be selected for their skills and ability to contribute to Australian society, rather than their race or national affiliation.

The Holt government promoted the introduction of the new laws as a way to further engage with our close geographical neighbours and create trade, tourism and development relationships between Australia and other nations, particularly in Asia.

While the creation of legislative equality for all migrants was a defining moment in the Australian migration story, there was still a way to go to make such equality a reality. The Holt government, despite passing the 1966 laws, did not attempt to establish Australian migration offices in Asian countries or offer assistance for Asian migrants.

In 1973 the Whitlam Labor government definitively renounced the White Australia policy. In its place it established a policy of multiculturalism in a nation that is now home to migrants from nearly 200 different countries.