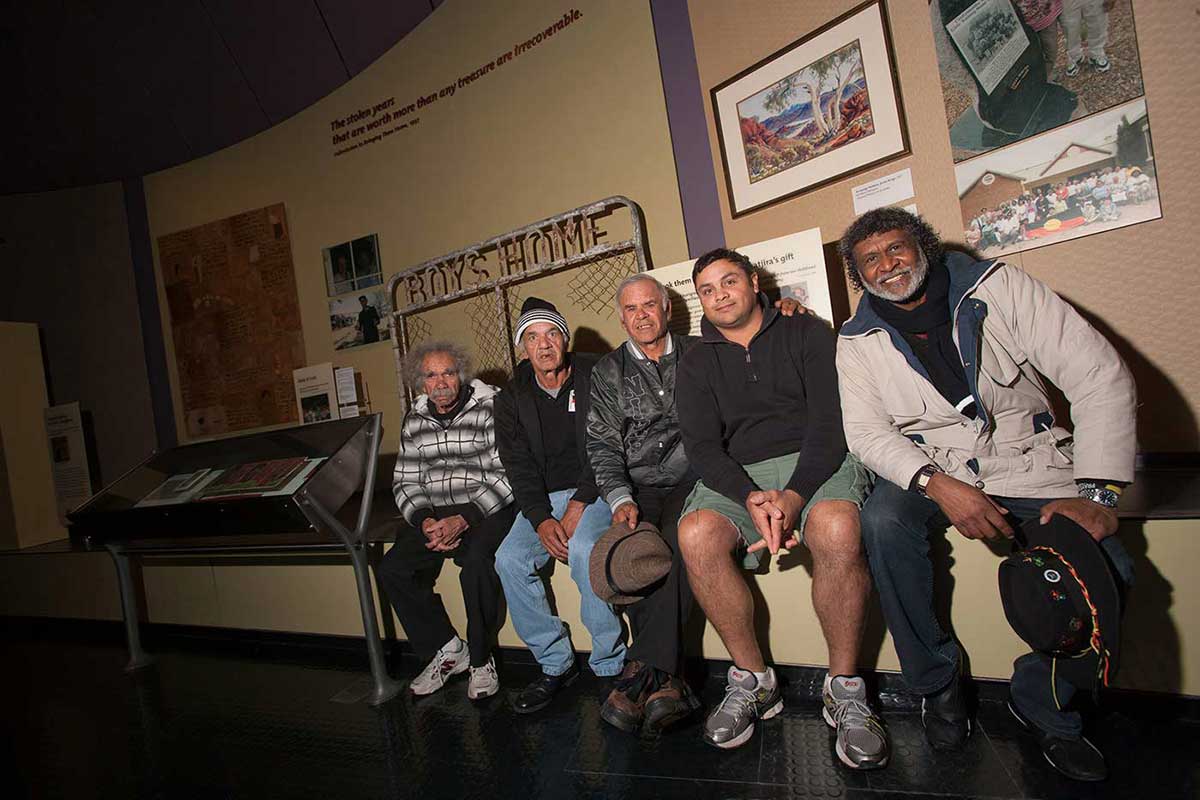 Stolen Generations members Cecil Bowden, Manuel Ebsworth and Michael Welsh, accompanied by Jason Pitt and Pastor Ray Minniecon, in front of the gate from Kinchela Boys Home, at the National Museum of Australia

The phrasing of one amendment was so broad as to enable any interpretation by the Board’s inspectors, and led to thousands of Indigenous children being taken from their parents on the basis of race alone.

This government-sanctioned practice was widespread across Australia, and created tens of thousands of Aboriginal and Torres Strait Islander members of what are now known as the Stolen Generations.

The Board may assume full control and custody of the child of any aborigine, if after due inquiry it is satisfied that such a course is in the interest of the moral and physical welfare of such child. The Board may thereupon remove such child to such control and care as it thinks best.

The Board for the Protection of Aborigines was established by the NSW Government on 2 June 1883. As described by then Premier Alex Stuart in a Cabinet minute, the Board was to fulfil:

the duty of the State to assist in any effort which is being made for the elevation of the race, by affording rudimentary instruction, and by aiding in the cost of maintenance or clothing where necessary, as well as by grants of land, gifts of boats, or implements of industrial work.i

The Board operated without legislative authority until 1909.

Initially, its activity was limited to those areas identified by the Premier, such as issuing rations (though the amounts issued were less than those issued to whites), clothing and blankets, and the creation of reserves for Indigenous people. It also purchased boats and fishing equipment for coastal Aboriginal people, and occasionally seed and farming equipment for those who lived on inland reserves.

The Board was keen to support the creation of reserves, especially if there was the potential for agricultural production, which they saw as a civilising activity.

Growing increasingly ambitious, the Board began to seek greater control over the lives of Indigenous people. It achieved this with the 1909 Act, which provided for all reserves and stations and all buildings to be vested in the Board.

The Board had the power to: move Aboriginal people out of towns; set up managers, local committees and local guardians (police) for the reserves; control reserves; prevent liquor being sold to Aboriginals; and to stop whites from associating with Aboriginals or entering the reserves. It even retained ownership of the blankets it distributed.

The rationale for the forced removal of Aboriginal children from their parents was part of a broader policy framework known as assimilation.

Non-Indigenous Australians had convinced themselves that Aboriginal people were a ‘dying race’, and that those remaining, especially those of mixed parentage, would be better off assimilated into ‘white’ society.

While the Board asserted that children received care and education at these institutions, oral histories from the children themselves show the homes to be harsh and desolate places, offering a limited future. The children were brought up to reject their Aboriginal heritage.

Abuse of these children was widespread and commonplace.

Many children were fostered or adopted by white families, where most lost all connection to their Aboriginal identity and heritage and were even less likely to remain with their siblings. 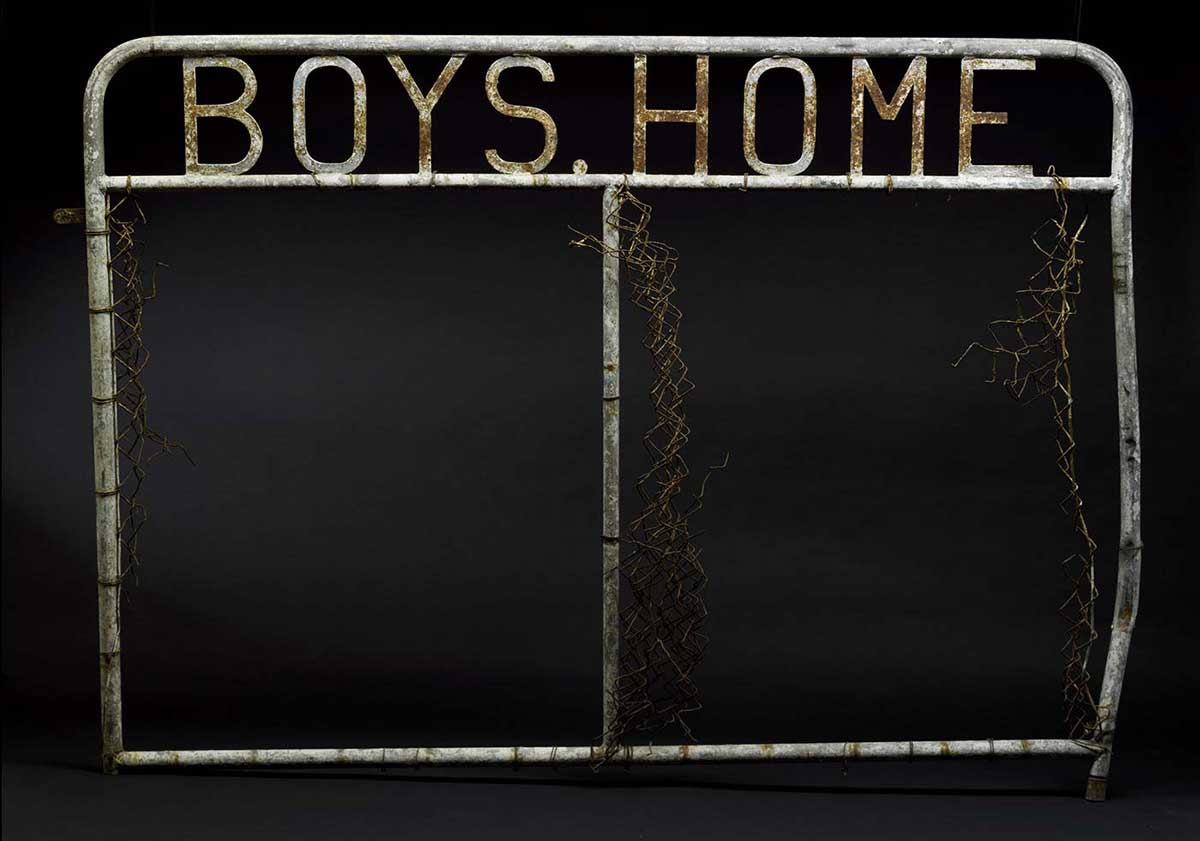 The Act had a disastrous impact on Aboriginal families and culture. The 1997 Bringing Them Home report found that children removed from their families were disadvantaged in the following ways:

Because of poor record keeping, no one knows the precise number of children forcibly removed under the Act, or under other similar legislation deployed around the country. Estimates vary.

Peter Read, who has carried out extensive research on the removal of Indigenous children in Australia, has suggested a figure of up to 50,000 people 'would not be unreasonable'.

The Bringing Them Home report suggests a maximum figure of one in three Indigenous children were removed and a minimum of one in 10, and stated that no Indigenous family is untouched by forced separation.iii

The lack of accurate records (some of which were deliberately destroyed or not created in the first place) also prevents many family members wishing to be reunited from finding each other.

One of the main recommendations from the Bringing Them Home report was for the government to make a national apology to the Stolen Generations. This finally took place on 13 February 2008 and is another featured moment.

The Aborigines Protection Act was finally repealed in 1969 but the legacy of the legislation and that of other states endures among the thousands of Stolen Generations in Australia. Many remain deeply traumatised by their experience as children. Because this trauma can be trans-generational, these policies continue to affect the Aboriginal and Torres Strait community today.

i 'Protection of the Aborigines', Minute of Colonial Secretary

Victorian stolen Generation RallyA black, yellow, red and white poster for the "VICTORIAN STOLEN / GENERARTION RALLY" featuring two armless black hands with white nails holding five children and overlaid with a yellow circle at the centre. The poster is under glass with a black wooden frame.

To remove and protect, AIATSIS