Inspired by the story of the Kinchela Aboriginal Boys Training Home, this work is one of the saddest and most heartbreaking compositions in the This is us suite.

A gate from the Kinchela Aboriginal Boys Training Home and how this object inspired the Grigoryan Brothers composition. Courtesy ABC Classic
Open player in a new tab
Presenters: Slava and Leonard Grigoryan with Margo Neale and Alice Keath
Tags:
00:00 / 10:14

Stolen is made up of 3 sections. The first presents a mournful and dramatic moment representing the passing of time and looking back. The second, a solo played by Slava, is a poignant cry directly tackling the traumatic history associated with the gate. The third has more movement and is the most optimistic of the 3 sections. It envisages the community of boys gathering years later and sharing their stories.

As a whole, the work grapples with survival, resilience and optimism. 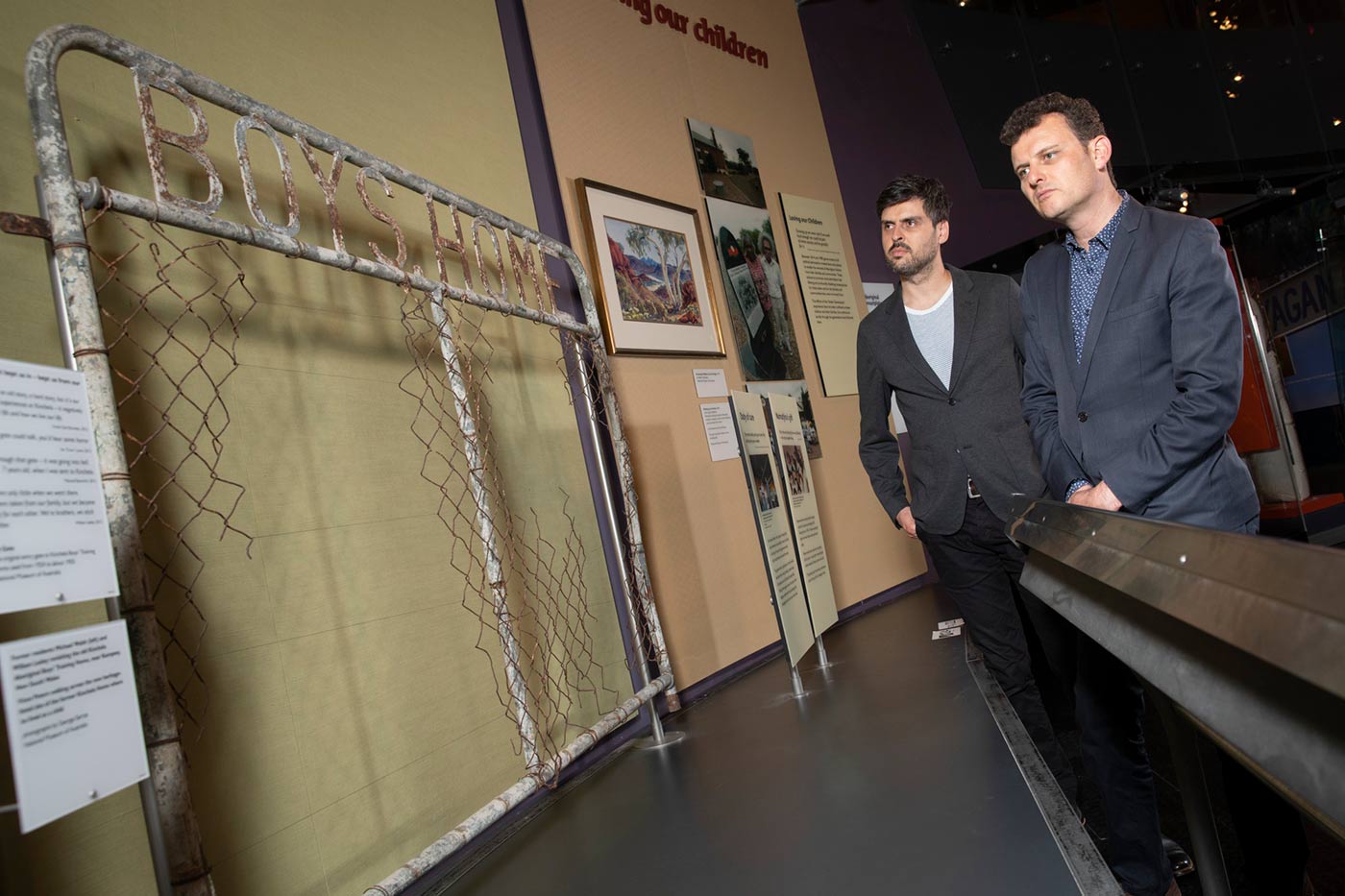 Leonard and Slava with the Kinchela gate

This gate was one of a pair that formed the front gates of the Kinchela Aboriginal Boys Training Home in Kempsey, New South Wales. Established by the Aboriginal Protection Board in 1924, the Home housed boys aged 5 to 15 who had been removed from their families under the New South Wales Aborigines Protection Act. These boys are now recognised as members of the Stolen Generations.

More than 400 boys experienced life at Kinchela until it closed in 1970. During its operation, the institution was the subject of positive news stories in local and national media. The reality, however, was quite different. Reports from private researchers and government officials describe the brutal treatment and teaching practices and the terrible living conditions suffered by its residents over five decades.

The gates were discarded and replaced in about 1950. In the late 1990s this section of the gate was found by the Macleay River in Kempsey. Now part of the Museum’s collection, the gate represents the stories of the Kinchela boys and of the Stolen Generations more broadly.

Kinchela gate, 1950sThis is one of the original gates from Kinchela Aboriginal Boys Training Home near Kempsey in northern New South Wales. This gate, along with its pair, formed the front gates of the home and was replaced and discarded in the 1950s. At the time, Kinchela was promoted as a place of success in assimilating its residents into the E...
On display