This composition is unashamedly joyous. It imagines Don Bradman on the pitch scoring quick runs. The music is energetic and stylistically has an ‘Australiana and bluegrassy feel’. It reflects the important role sport continues to play in Australian culture. 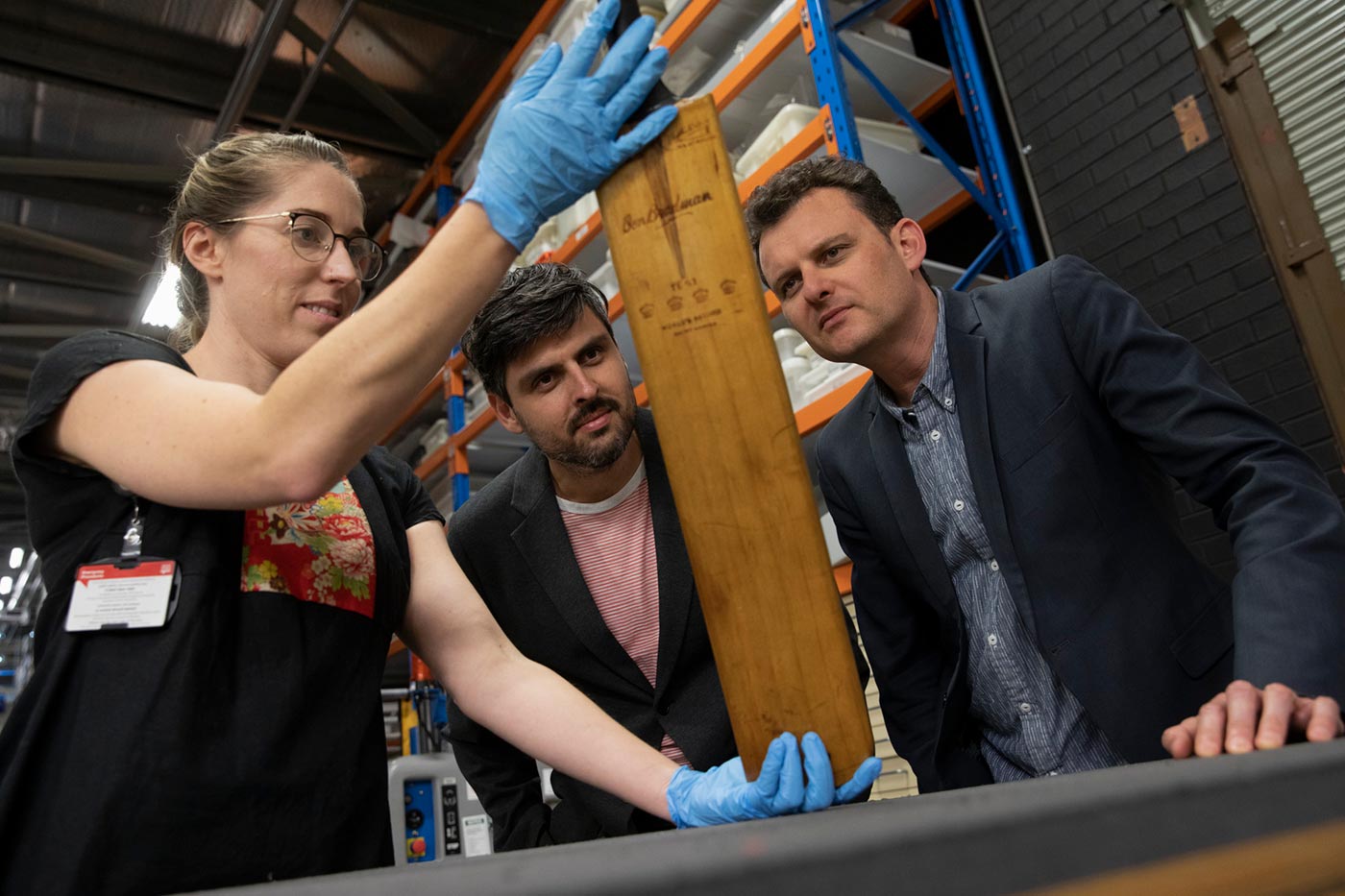 Leonard and Slava with Bradman's bat

This bat was used by Sir Donald Bradman in the first Test Match against England at Trent Bridge, Nottingham, during the 1934 Ashes series, which was won by Australia.

As a child in Bowral, New South Wales, Bradman had always played with second-hand bats given to him by older players. When he was 17, his mother promised to buy him a new bat of his own if he made a century in a match playing for Bowral against Moss Vale.

Bradman made 300 in the first innings of this match and his mother kept her promise. Bradman chose a bat made by William Sykes and Sons of Yorkshire. He continued to use this brand, almost exclusively, for the rest of his cricketing life.

During his career Bradman scored 6,996 test runs and 28,067 first-class runs for New South Wales and then South Australia. He continues to hold the record for highest test batting average at 99.94.

Bradman died in 2001 but continues to hold an iconic place in Australian sporting legend.