1822: John Thomas Bigge’s State of the Colony of New South Wales is published 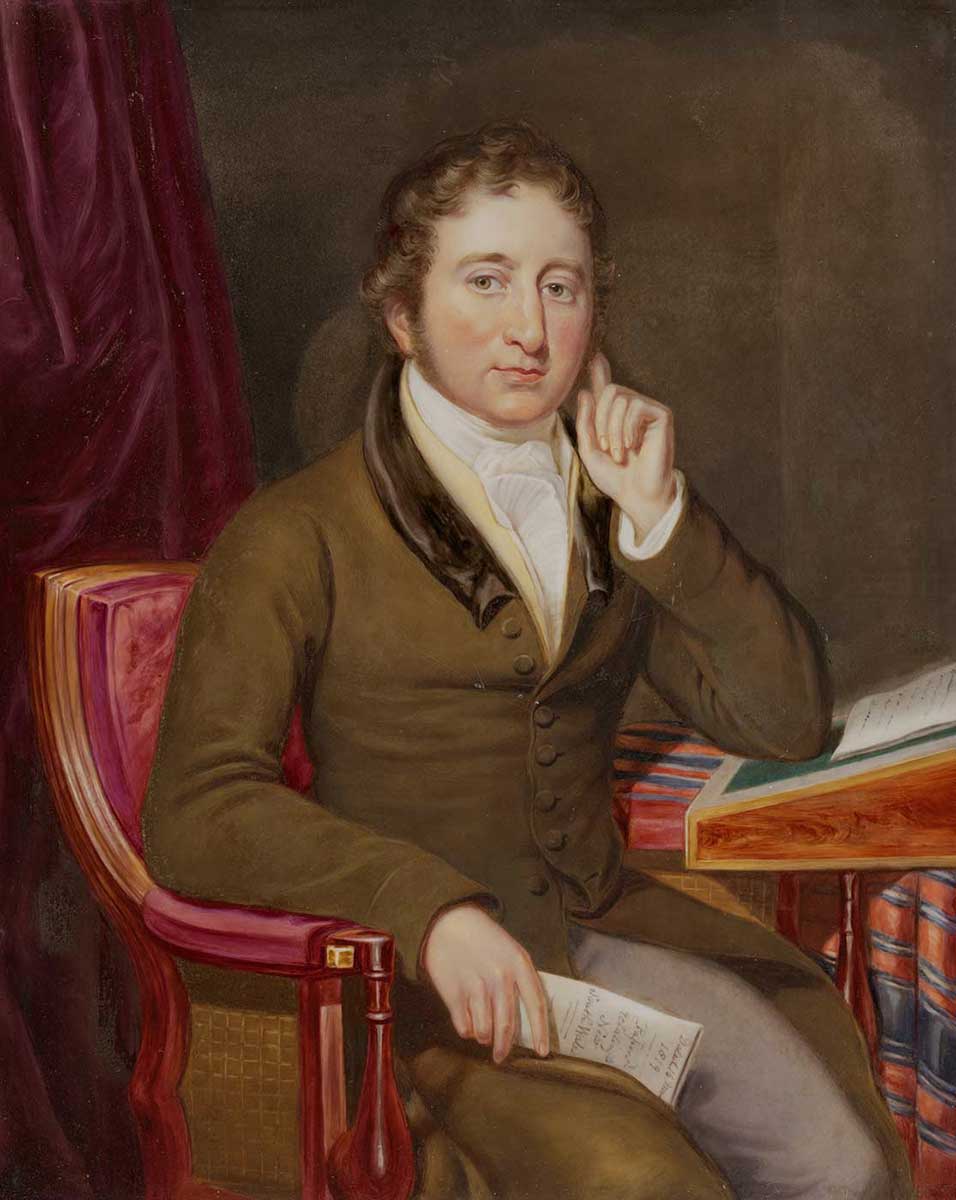 Bigge had travelled to Australia with instructions from Lord Bathurst, Secretary of State for War and the Colonies to carry out a wide-ranging commission of inquiry into the state of the colony.

In Britain, rising unemployment had caused crime rates to rise, and increasing prisoner numbers had become a burden on the convict transport system.

Bigge was given full powers to investigate every detail of life in New South Wales. He was instructed to report on the future of convict transportation and to investigate economic opportunities for the colony.

We … do give you full power and Authority to examine into all the Laws Regulations and Usages of the Settlements … and every other Matter or Thing in any way connected with the Administration of the Civil Government, the Superintendence and the Reform of the Convicts, the State of the Judicial, Civil and Ecclesiastical Establishments, Revenues, Trade and internal Resources thereof and to report to Us the Information, which You shall collect together, with your opinion thereupon.

In 1788, with the arrival of the First Fleet, the colony of New South Wales was established as a place of exile and punishment for Britain’s convicts.

Over the next 30 years, the number of convicts being transported from Britain rose exponentially. For example, between 1801 and 1820 the number grew sixfold, from 403 per year to 2675. By 1817 Britain’s Treasury and Home Office had become critical of transportation as a method of deterring crime.

Lord Bathurst, Secretary of State for War and Colonies from 1812 to 1827, was under pressure to make a decision on New South Wales’ future as a penal colony.

In a letter to Bigge, Lord Bathurst stressed that ‘transportation to New South Wales is intended as a severe punishment, applied to various crimes; and as such must be rendered an object of real terror to all classes of the community’.

Bathurst and others suspected that transportation was no punishment at all. Indeed, there was a perception that being a convict in New South Wales was better than being destitute in Britain. He did not want to make an uninformed decision about how the colony would develop and so commissioned a wide-ranging enquiry into the colony of New South Wales.

Lachlan Macquarie took office as governor of New South Wales on 1 January 1810, and quickly set about transforming the colony. He prioritised exploration, reformed the financial system and established the colony’s first bank and post office.

To achieve his ambitious vision Macquarie needed resourceful people and, seeing no reason why they could not be convicts or former convicts, he appointed emancipist convicts to various government positions.

This was a radical departure from attitudes in Britain, and it made Macquarie enemies in both New South Wales and Britain. His most vocal critics were the ‘Exclusives’, a group of free settlers and government officials who disapproved of convicts being appointed to public office.

Macquarie, however, enjoyed the support of the majority of the colony’s inhabitants.

On 26 September 1819 John Thomas Bigge and his secretary, Thomas Hobbes Scott, arrived to conduct the Commission of Inquiry.

Macquarie had been shocked to hear of the commission, but he welcomed Bigge’s arrival, seeing it as an opportunity to highlight the improvements that had been made in the colony, however the relationship between the commissioner and the governor quickly soured.

Macquarie had administered the colony for 10 years without any challenge to his authority, and Bigge was an aristocrat fresh from London with full knowledge of the financial and political pressures motivating the Commission of Inquiry.

Bigge was instructed to investigate all aspects of colonial administration in the period 1810–1820. The governor and his officers and ministers – indeed, anyone in the colony might be called upon.

Bigge travelled throughout New South Wales and Van Diemen’s Land, gathering oral and written submissions. He interviewed free inhabitants, emancipists and hundreds of convicts. Bigge had been instructed to collect all evidence under a sworn oath, but once in the colonies he took a more casual approach.

Bigge’s methods have been the subject of debate ever since. Macquarie’s enemies, including the Exclusives, took advantage of the opportunity to criticise the governor’s administration.

Bigge returned to Britain in 1821 and organised the evidence he had gathered into three reports.

The first, The State of the Colony of New South Wales, published in June 1822, examined the convict system, the relationship between social classes, Macquarie’s program of public works and the conditions in the colony.

The second, The Judicial Establishments of New South Wales and of Van Diemen’s Land, published in February 1823, was an attack on Macquarie and the legal processes in the colony.

The third, The State of Agriculture and Trade in the Colony of New South Wales, published in March 1823, detailed the colony’s pastoral opportunities and economic position.

The Bigge reports were published by the House of Commons and tabled in parliament. The reports were highly critical of Macquarie’s administration, and the tide of public opinion in Britain turned against him.

The Bigge reports changed the way New South Wales was administered. In 1823 the New South Wales Act established a legislative council. It was to consist of five members appointed by the British monarch to advise the governor and assist in law-making. For the first time in the colony’s history the governor did not have absolute power.

A chief justice was selected to oversee local laws. A court of quarter sessions was introduced, bringing a system of trial by jury to the colony. Van Diemen’s Land was recognised as a separate colony, and in 1828 it gained its own legislative council.

Bigge had recommended that convicts be assigned to free settlers in proportion to the size of a land grant. He suggested the creation of convict labour gangs, to be used for pastoral expansion. The convict reorganisation created the momentum for the development of the wool industry, and attracted an influx of free settlers.

Governor Brisbane administered the colony as a place of punishment. As a result of the Bigge reports, treatment of convicts became more brutal. Punishments included lashing, flogging, solitary confinement and exile. He recommissioned Norfolk Island which, along with Moreton Bay, became hard-labour colonies.

Debate over precisely what form a penal colony should take continued in the British and colonial governments until the end of transportation in 1868.