Separation of NSW and Victoria

1851: The separation of the colony of Victoria from New South Wales 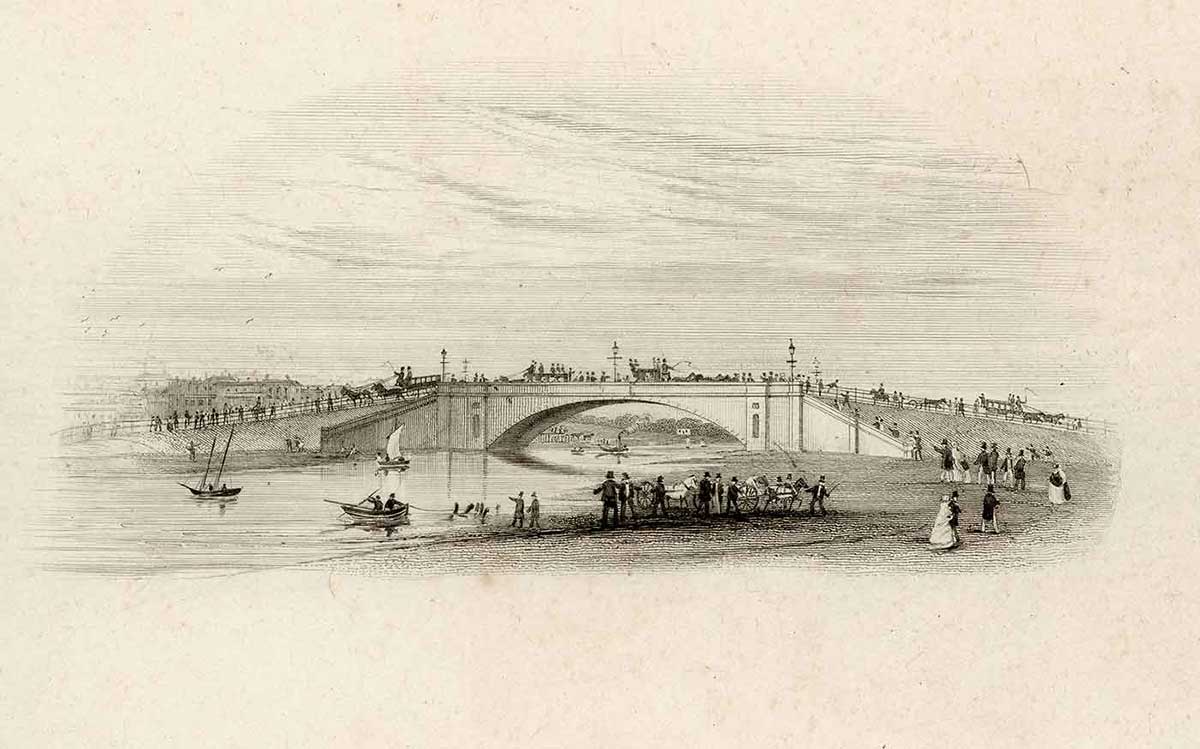 On 1 July 1851 the Legislative Council of the newly created colony of Victoria was established. The partition of Port Phillip District from the colony of New South Wales had taken 10 years from the presentation of the first petitions to government.

Victorians were ecstatic about their political separation from New South Wales and a healthy competition between the two states and capital cities continues to this day.

We have been a good deal amused here by your account of the Separation festivities, and more especially by your description of some of the transparencies wherein the ruin of Sydney is predicted as an unavoidable consequence of its severance from Port Phillip. So far from feeling despondency, our mercantile men are of the opinion that Sydney will gain by the change.

In 1837 senior surveyor Robert Hoddle laid out a plan for the new town of Melbourne. Hoddle also served as auctioneer for the first sale of crown land in Melbourne on 1 June 1837.

In January 1839 Charles La Trobe was appointed superintendent of the Port Phillip District. He had a good relationship with New South Wales Governor George Gipps and was content with Port Phillip’s subordinate role within the colony.

By 1840, however, there were 10,000 settlers in the Port Phillip area and a Separation Association was founded. The population’s main concerns related to what they considered the inequitable allocation of public works revenue to the district.

Henry Fyshe Gisborne had been appointed Commissioner of Crown Lands in the Port Phillip District in 1839. Gisborne was the first office holder to advocate for the separation of the district from the colony and organised a petition for residents of Melbourne to sign.

Forced by ill health to resign from his post in May 1840, Gisborne presented Governor Gipps with the petition in June. Gipps did not act on the appeal.

In the early 1840s the colony's first political party, the Australian Patriotic Association and their London lobbyists Sir Edward Lytton Bulwer MP and Charles Buller MP, were working to amend the colonial constitution to make government more representative and ensure that emancipists had the same political rights as free settlers.

As part of this process, the petition for separation of the colony was brought before Britain’s House of Commons in 1842. Parliament did not include the petitioners’ proposition within the amended constitution but their document helped raise awareness that the majority of colonists in the southern district were in favour of partition.

This was an unworkable solution as few members could afford to spend long periods in Sydney when the legislature was sitting. And with only a quarter of the representation, they were easily outvoted by the northern district members.

In 1846 Earl Grey became British Secretary of State for War and the Colonies and quickly engaged with the issue of further constitutional reform for New South Wales.

The New South Wales colonists, however, resented the fact that the new constitution was in essence a reworking of the unsuccessful model the Colonial Office had tried to introduce in New Zealand.

FitzRoy complained on behalf of the colonists and Grey withdrew the proposals.

Grey reviewed the proposals and drafted a new report on the future of the colonies.

In 1849 he used this report as the basis for a Bill that was introduced to the British Parliament without waiting for comments from FitzRoy or the colonists.

It took more than a year and required some amendments but the Australian Constitutions Act 1850 received royal assent on 5 August 1849.

The Australian Constitutions Act established the colony of Victoria.

News reached Melbourne on 11 November 1850 and celebrations coincided with the opening of the new Princes Bridge over the Yarra River, the finance for which had been an ongoing point of contention between the district and the New South Wales legislature. There was an official four-day holiday to celebrate the birth of the colony.

It took the New South Wales Parliament another seven months to establish the Legislative Council for the new colony, which came into existence on 1 July 1851, a date celebrated with an annual holiday in Victoria until supplanted by Federation in 1901 and later by the celebration of Australia Day.

Interestingly, three weeks earlier on 9 June 1851, a £200 reward had been offered to anyone discovering payable gold within 200 miles of Melbourne.

By 30 June the Gold Discovery Committee had received mineral specimens from the towns of Clunes and Castlemaine that were confirmed to be the precious mineral, and the Victorian gold rushes that would transform Victoria had begun.