After Gough Whitlam was dismissed in controversial circumstances in 1975, the Governer-General appointed Malcolm Fraser to form government. Fraser won the subsequent and bitterly-fought election by a landslide.

He remained Prime Minister for seven and a half years – one of Australia’s longest-serving prime ministers – continuing many reform policies from the previous government in areas of human rights and in judicial matters.

Fraser was a prominent figure in international affairs, particularly in support of black African movements. He maintained a conservative economic policy, opposed to economic deregulation.

John Malcolm Fraser, known as Malcolm, was born in Toorak, Victoria, on 21 May 1930, the second of two children of Una Woolf and John Neville Fraser.

Una Woolf was of Jewish descent, and John Fraser was Scottish. John, a pastoralist who had trained as a lawyer, owned property in the Riverina district of New South Wales. He then bought ‘Nareen’, a station near Hamilton, Victoria, for his family to live on.

Fraser’s grandfather, Simon Fraser, emigrated from Nova Scotia in 1853 and became a land speculator and pastoralist. Simon Fraser entered Victorian parliament, participated in the Federal Conventions of 1897–1898 and became a Senator at Federation.

Fraser was educated at Geelong Grammar preparatory school, Toorak, Victoria, then Tudor House, Moss Vale, New South Wales, before going on to Melbourne Grammar at 14. He attended Oxford University, UK, where he graduated with a degree in philosophy, politics and economics. He worked as a grazier at ‘Nareen’ after returning from Oxford.

Fraser unsuccessfully contested the federal seat of Wannon as the Liberal candidate at the 1954 general election. He married Tamara (‘Tammie’) Beggs in 1956, and they had four children.

Malcolm Fraser won the seat of Wannon at the general election in 1955. At 25 he was federal parliament’s youngest member. He held Wannon for 29 years through 11 general elections until his resignation from parliament on 31 March 1983.

He was Gorton’s Minister for Defence from November 1969 to 8 March 1971, when he resigned, accusing Gorton of disloyalty to him in a disagreement over the Army. His resignation set in motion McMahon’s successful challenge to Gorton’s leadership of the Liberals a fortnight later, resulting in Gorton’s replacement as Prime Minister by McMahon.

Fraser was a member of the federal Liberal opposition executive from 1972 to 1975, and a spokesman on primary industry, then labour matters.

Fraser became Leader of the Opposition on 21 March 1975 after successfully challenging BM Snedden for the Liberal party leadership. The challenge was promoted by parliamentary party members dissatisfied with Snedden’s parliamentary performance against the Labor Prime Minister, Gough Whitlam.

On 15 October 1975 Fraser set in motion the events leading to Whitlam’s dismissal by the Governor-General, when he announced that the Opposition would refuse passage through the Senate of the Budget Bills until Whitlam called an election.

Justifying this decision, he claimed that revelations about the government’s attempts to bypass the Loans Council to obtain funds overseas indicated ‘extraordinary and reprehensible circumstances’ which warranted an electoral verdict on the government’s actions.

When the Opposition, led by Fraser, refused to pass the government’s Budget Bills through the Senate in October to November 1975, delaying the funding of government operations, Australia experienced a mounting constitutional crisis.

Fraser said the Opposition would not grant supply until the government called a general election. The constitutional and financial crises climaxed when John Kerr, the Governor-General, withdrew Whitlam’s commission as Prime Minister on 11 November 1975. 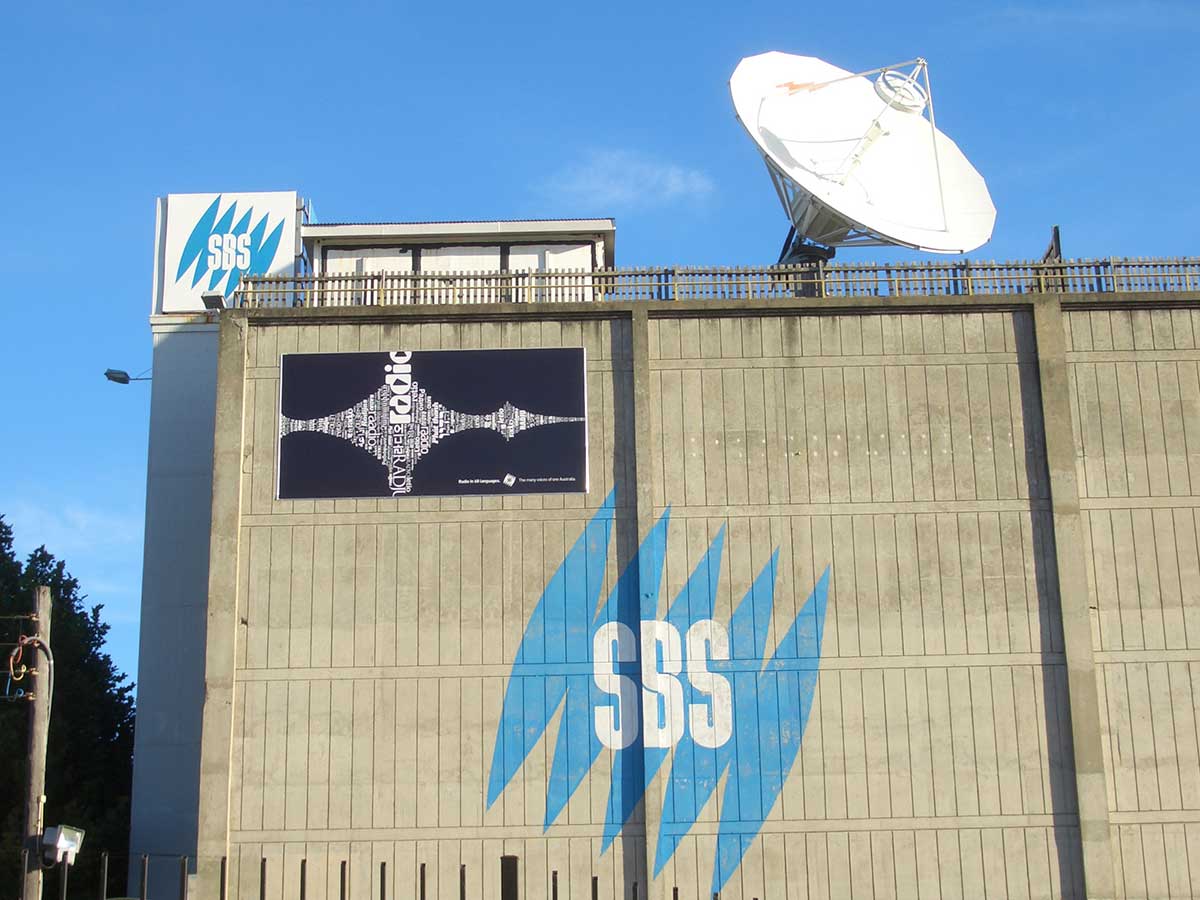 The Fraser government established the Special Broadcasting Service (SBS) in 1978

Immediately after the dismissal of Whitlam, the Governor-General commissioned Fraser as interim Prime Minister pending a general election. Parliament was dissolved.

Fraser’s Liberal–National Country Party won a landslide victory against the Australian Labor Party at a general election on 13 December 1975. They won 91 seats (out of 127) in the House of Representatives and control of the Senate with a six-seat majority.

Fraser easily won the next general election in December 1977, although Labor won back 14 seats from the Liberals.

A new ‘centre’ party, the Australian Democrats, was formed in May 1977 by Don Chipp, a former Liberal minister who had become disillusioned with the party under Fraser’s leadership. At the December 1977 election, Chipp occupied one of two Senate seats that the Democrats won.

Fraser’s government was returned to power at the general election in 1980. However, with three new senators elected, the Democrats gained the balance of power in the Senate.

Despite a reputation for conservatism and determination to slash government expenditure, Fraser’s Liberal–National Party coalition continued and extended the process of reform begun under the previous Labor government. Among its innovations were these:

Although Fraser’s government introduced many innovations, it was criticised by some Liberals for not initiating economic reform when it had the opportunity. Fraser proved a true conservative on economic issues, resisting economic deregulation and tariff reform.

Fraser travelled widely as both minister and Prime Minister to Asia, Africa, North America, the Pacific and Europe. He became a prominent figure in CHOGM (Commonwealth Heads of Government Meetings), and hosted CHOGM in Sydney in February 1978, and in Melbourne and Canberra in September to October 1981.

On 3 February 1983 Fraser gained a double dissolution of parliament and called a general election. He hoped to gain an advantage from the disunity in the federal parliamentary ALP over Bob Hawke’s challenges to Bill Hayden’s leadership of Labor.

Following an election campaign largely focusing on Fraser’s and Hawke’s personalities, Labor won a 25-seat majority in the House of Representatives. With 30 out of 64 Senate seats, Labor had the largest number of Senators, but the success of the Democrats in winning five seats enabled them to continue to hold the balance of power in the Senate.

In conceding defeat early on 6 March 1983, the morning following the election, Fraser announced his intention of resigning from the Liberal Party leadership. He resigned from parliament five days later, on 11 March 1983, and later that day the parliamentary Liberal Party elected Andrew Peacock to replace him as leader.

On quitting parliament, Fraser retired to ‘Nareen’, but remained active in public affairs.

In 1985 he was chosen as a member of an international group of ‘eminent persons’ seeking to end apartheid in South Africa by encouraging dialogue. (Fraser had been a vocal critic of apartheid since entering parliament.)

Later he became a political columnist for The Australian newspaper. From 1987–2002 Fraser was chairman of Care Australia, an international relief agency with special interests in delivering aid to poverty-stricken nations in Africa.

In 2000 Fraser’s contribution to the advancement of human rights in Australia and internationally was recognised when he was awarded Australia’s Human Rights medal.

Notable legislation during the period 1976–1983 included: