1944: Formation of Liberal Party of Australia 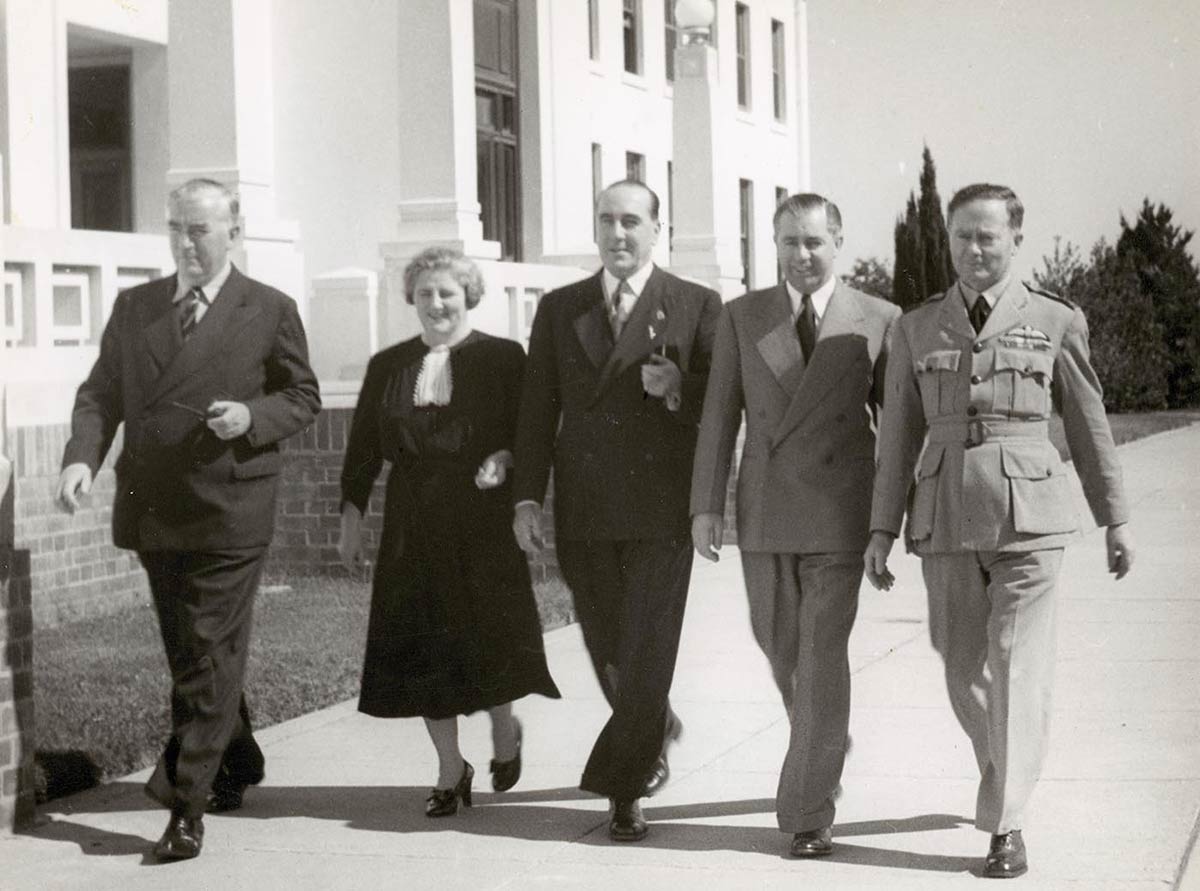 The Liberal Party was formed during a series of conventions during and immediately after the Second World War.

It was in effect a radically reorganised and rebranded version of the United Australia Party that had in recent years struggled to gain and hold government.

The creation of the party was driven by Robert Menzies who led the Liberals to a landslide victory in 1949, and who became Australia’s longest serving prime minister.

The time has come to say something of the forgotten class – the middle class – those people who are constantly in danger of being ground between the upper and the nether millstones of the false class war; the middle class who, properly regarded, represent the backbone of this country.

The roots of the Liberal Party of Australia lie in the Commonwealth Liberal Party (CLP), the first cohesive anti-Labor political organisation in Australia. The CLP was created in 1909 through the fusion of two Federation-era political movements – Alfred Deakin’s Protectionist Party and Joseph Cook’s Free Trade Party.

The CLP evolved, first into Billy Hughes’s Nationalist party in 1917, and then in 1931 into the United Australia Party (UAP), which held power for 10 years during the 1930s under Joseph Lyons.

On 7 April 1939 Lyons died in office and Robert Menzies took over the UAP leadership. But the party held power as part of an unstable coalition and on 29 August 1941 Menzies resigned as Prime Minister.

Because the nation was immersed in the Second World War, Governor-General Lord Gowrie wanted to avoid calling an election and so swore in a Labor government under John Curtin on 7 October 1941.

In opposition, the UAP struggled and, in coalition with the Country Party, suffered a massive defeat in the 1943 federal election, losing almost half their seats in the House of Representatives.

At this point most party supporters realised a new more coordinated, truly national party had to be created.

The defeat exposed the UAP’s many structural issues – it had minimal party organisation and outside New South Wales and Victoria had created no extra-parliamentary administration.

It relied on external funding, and peripheral business interests were entrenched in policy-making.

Menzies took a lead role in the new movement’s development, arguing for a nationwide anti-Labor party, a self-financing and enduring national organisation that relied on all party members for policy creation.

An organisational conference was held in Canberra on 13–16 October 1944. The congress was attended by 77 delegates from 18 different anti-Labor groups. There was general support for the idea of joining forces in the fight against the Labor Party and what it stood for.

This led to a second convention in Albury, New South Wales, on 14–16 December 1944, where many of the same delegates returned to finalise the constitution, organisation and financial structure of the party.

Menzies opened the forum with a call to arms: ‘Never in my life have I been so alarmed as now at the growing threat to all that is good in our beloved country’.

The new party was launched at the Sydney Town Hall on 31 August 1945 and named the Liberal Party of Australia in honour of the old Commonwealth Liberal Party.

By September the party had more than 90,000 registered members. 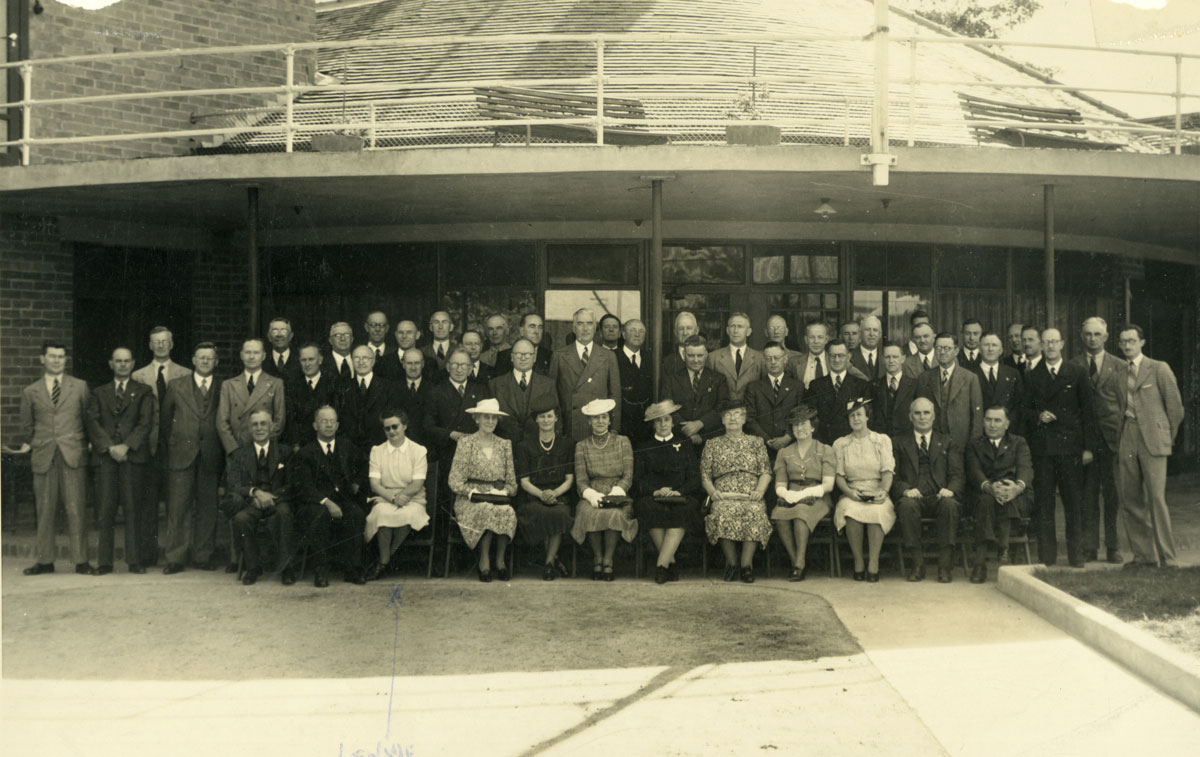 Because a federal election was called for September 1946, the new party had to quickly organise. The arrangements for a nation-wide slate of candidates was rushed and in retrospect the party felt in some instances they hadn’t fielded the best candidates.

The Liberal Party suffered a major defeat. Although the Liberals had taken a much larger portion of the vote than the UAP in 1943, Menzies was personally devastated and his leadership came under question.

However, in 1947 the party faithful were invigorated by Prime Minister Chifley’s decision to nationalise the banks. This decision generated a groundswell of public opposition that the Liberals were able to capitalise on.

Chifley’s political worries deepened with the miners’ strike in the winter of 1949, which the government was forced to condemn because the miners had refused to wait for the Arbitration Court to hear their case. The Liberal Party was able to portray Labor as being pro-communist with regard to the bank issue and anti-labour with regard to the strike.

Then, only three weeks before the 10 December 1949 election, Chifley reinstated petrol rationing. This decision meant the Labor government also came to be associated with ongoing wartime regulation.

The Liberals, with their Country Party coalition partners, won 74 House of Representatives seats to Labor’s 37. It was a resounding victory.

The Liberal Party has gone on to be the most successful federal political party in Australian history, with Robert Menzies becoming the longest-serving prime minister (1949–66) and John Howard the second longest-serving (1996–2007).