Under Bob Hawke the Australian Labor Party won four consecutive elections. During his first term in office, Hawke gained the highest popularity rating of any prime minister since the introduction of public opinion polls.

A former trade union leader, Hawke believed in government by consensus and managed with considerable success to establish agreement between business and the unions in the pursuit of economic growth.

Robert James Lee Hawke was born in Bordertown, South Australia, on 9 December 1929. He was the second of two sons of Clement Hawke, a congregational minister, and Ellie Lee, a schoolteacher, both of Cornish ancestry.

After the death of Hawke’s older brother, the family moved to Leederville, Western Australia, where Hawke grew up. Clement’s brother, Albert (Bert) RG Hawke, was Labor Premier of Western Australia for six years, from 1953 to 1959.

Bob Hawke attended Perth Modern School before going on to the University of Western Australia. He graduated with arts and law degrees in 1952. He won a Rhodes Scholarship and studied economics at Oxford University from which he graduated B.Litt, having written his thesis on wage fixation.

He married Hazel Masterson in 1956, and they had three children.

Hawke returned to Australia in 1956 to undertake doctoral studies at the Australian National University. He did not complete his degree, but instead accepted a position as research officer and advocate with the Australian Council of Trade Unions (ACTU) in 1958.

Hawke then unsuccessfully stood as the Australian Labor Party candidate against Hubert Opperman, Liberal Minister for Immigration, in the seat of Corio, Victoria, at the 1963 general election.

After rising through the ranks of the ACTU, Hawke served as its president from 1970 to 1980. He took on a high public profile and acquired a reputation as an excellent conciliator, effectively resolving many national industrial disputes.

Bob Hawke was elected to federal parliament at the general election on 18 October 1980 as Labor candidate for the seat of Wills, Victoria, which he held through the next four general elections: 1983, 1984, 1987 and 1990.

On election he was immediately appointed to the shadow ministry of opposition leader WG Hayden, as spokesman on industrial relations, employment and youth affairs.

On 16 July 1982 Hawke challenged Hayden for leadership of the parliamentary ALP. Hayden resigned the leadership, contested the position against Hawke at a caucus ballot on 16 July, and retained the position in a vote of 42:37.

Hawke’s supporters continued lobbying for him to replace Hayden, who was persuaded to resign the leadership. He did so on 3 February 1983, 20 minutes after the Prime Minister, Malcolm Fraser, called a general election.

Hawke brought Labor back into government at the general election on 5 March 1983, gaining a 15-seat majority over the Liberal–National coalition in the House of Representatives. Labor also held 30 Senate seats, compared to the 28 coalition, five Democrats and one Independent.

Concerned with the divisiveness of recent events, Hawke’s first major step as Prime Minister was to conduct an ‘Economic Summit’ meeting in Canberra on 11–14 April 1983. Present were political parties and union and employer organisations.

The idea was to attempt a national consensus on economic policy. The ‘Wages Accord’ with unions, a by-product of the Economic Summit, became a major part of government economic policy.

The Hawke government also floated the Australian dollar on international money markets and allowed the operation of foreign-owned banks as first steps towards deregulating the national economy.

In 1983 the Hawke government used its powers under World Heritage legislation to prevent the Tasmanian government from building the Gordon-below-Franklin dam in Tasmania.

The Labor government led by Hawke was returned to office at an election on 1 December 1984, with a reduced majority. 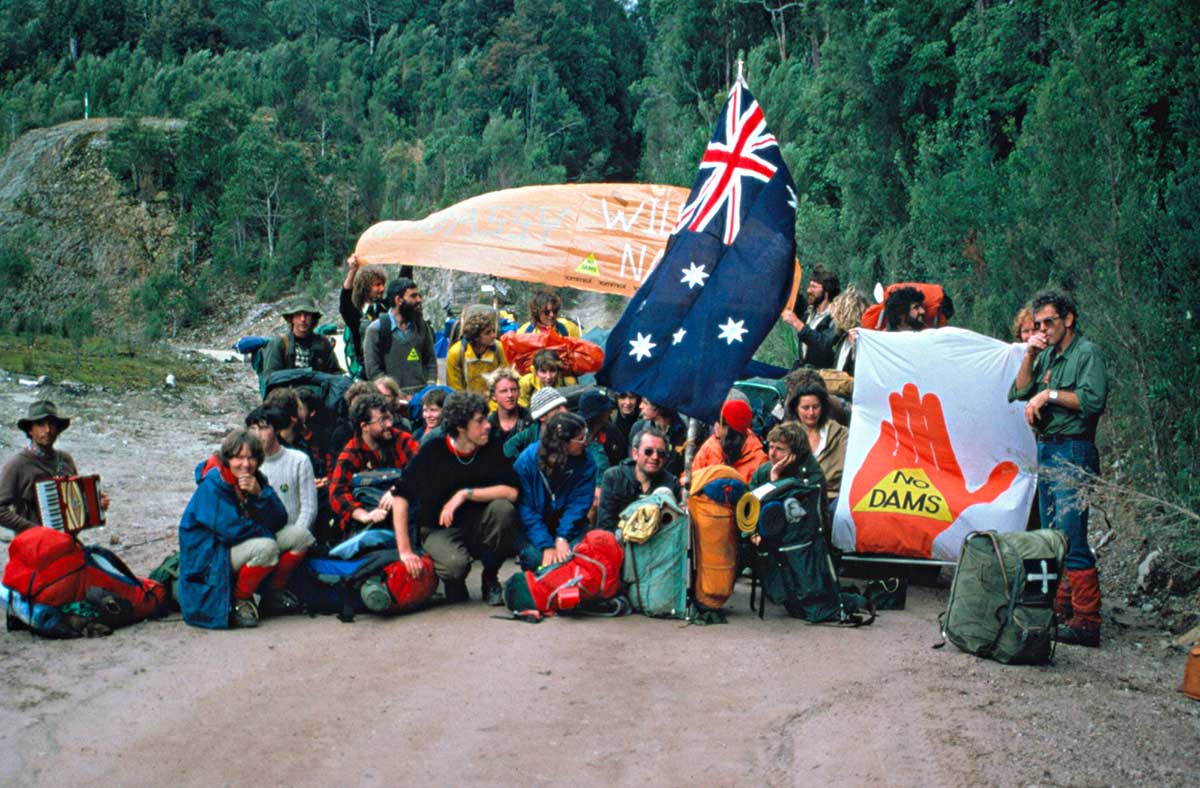 Protesters at the Franklin River

Shake-ups to education under Hawke

Under Hawke’s leadership, changes to Australia’s education and training system began in 1984 and continued over the following years.

Changes included: amalgamations of smaller tertiary training institutions; creation of new universities from former Colleges of Advanced Education; the setting of national curriculum standards for schools; upgrading of the Technical and Further Education (TAFE) sector; and the establishment of national training and qualification standards.

Despite loss of popularity as measured by opinion polls, Hawke took Labor to a record third term in office at the general election on 8 July 1987.

Disunity in the Liberal–National Party Opposition was a key factor in the government’s success at this election. The ‘Joh for Canberra’ campaign to have Queensland Premier Johannes Bjelke-Petersen brought into federal parliament seriously weakened the campaign of Coalition Leader John Howard.

Hawke and Treasurer Paul John Keating were criticised for having ‘hijacked’ Labor, moving it away from its traditional working-class base and from its previous socialist philosophy.

At the same time, Labor’s continued electoral success was due largely to Hawke’s – and later Keating’s – achievement in moving the party to the ‘middle ground’, where it attracted voters who previously supported the Liberal–National Party coalition.

Celebrations and challenges for Hawke

As Prime Minister, Hawke travelled widely in the Pacific, Asia, Europe and North America, and was host to many international delegations visiting Australia. He also arranged the celebration of the Bicentenary of the First Fleet and European settlement in Australia with a year-long series of events conducted in all states and territories in 1988.

Although Hawke took Labor to a record fourth term in office at the general election in March 1990, uncertainty grew within the parliamentary party over his ability to win another election during a period of recession.

In 1990 to 1991 the Australian economy slid into recession, and unemployment reached 11 per cent in 1992 – the highest level since the Great Depression of the early 1930s.

Anxiety led to Hawke’s removal as ALP leader on 20 December 1991, when Keating made a second and successful challenge to his leadership. Hawke immediately resigned the prime ministership, which Keating then assumed.

Bob and Hazel Hawke’s marriage ended after he left parliament. In 1995 he married the author Blanche D’Alpuget.

An increasingly heavy legislative program was continued by the Hawke governments. Several Acts of parliament of importance in Australian political life over many decades were nearing the end of their useful life and needed to be completely redrafted to reflect changing legislative requirements. These new acts included: