Paul Keating’s initiatives as Prime Minister included establishment of the Republican Advisory Committee, the passage of Indigenous land rights legislation, encouraging the process of reconciliation between Aboriginal and other Australians, and reform of vocational education and training.

Earlier, as Treasurer, he had pursued a radical policy of economic deregulation.

He was the first of four children of Matt and Min Keating, and grew up in Bankstown, an industrial outer western suburb of Sydney. He attended a Catholic school, De La Salle College, and later studied at Belmore and Sydney Technical Colleges.

Keating left school at 15, the year he joined the Australian Labor Party. He worked in clerical jobs before joining the staff of the Federated Municipal and Shire Council Employees’ Union, the trade union representing workers in local government.

He became the union’s industrial advocate (the officer responsible for arguing its claims before wage tribunals) and in his spare time managed a rock band, the Ramrods.

He married Anna (‘Annita’) van lersel in 1975, and they had four children.

Paul Keating was elected to the House of Representatives for the Sydney seat of Blaxland at a general election on 25 October 1969. He held the seat through the next 10 general elections.

Keating first became a minister in Gough Whitlam’s government, being appointed Minister for Northern Australia only three weeks before the Governor-General removed the government from office on 11 November 1975.

When Bob Hawke led Labor into government at the general election on 5 March 1983, Keating became Treasurer. He held the portfolio for the next eight years and three months.

While Keating was Treasurer, the government licensed the operation of foreign banks in Australia and floated the Australian dollar on international money markets in 1983 as the first step towards deregulating the national economy.

Early in Keating’s period as Treasurer, following his moves to deregulate Australia’s economy, he won the praise of financial journalists and from the business sector. Keating was dubbed the ‘World’s Greatest Treasurer’.

However, the New York stock market crash of October 1987 soon had ‘ripple’ effects in Australia, ending the speculative boom which had followed the government’s moves to deregulate the economy.

In 1990–1991 the Australian economy slid into recession. The lack of competitiveness of Australian exports on world markets was becoming evident. Crises in rural and manufacturing industries led to job losses, and high unemployment.

Keating’s comment that the recession was having a necessary corrective effect on the economy – ‘This is the recession we had to have’ – was widely criticised.

As well as holding the Treasury portfolio, Keating served as Deputy Prime Minister and Minister Assisting the Prime Minister for Commonwealth–State Relations from April 1990 to June 1991. This meant that he was responsible for dealings between federal and state governments.

He held both positions until challenging Hawke for the Labor leadership on 3 June 1991. Losing the caucus vote on the leadership, Keating resigned his ministries and returned to the back bench. 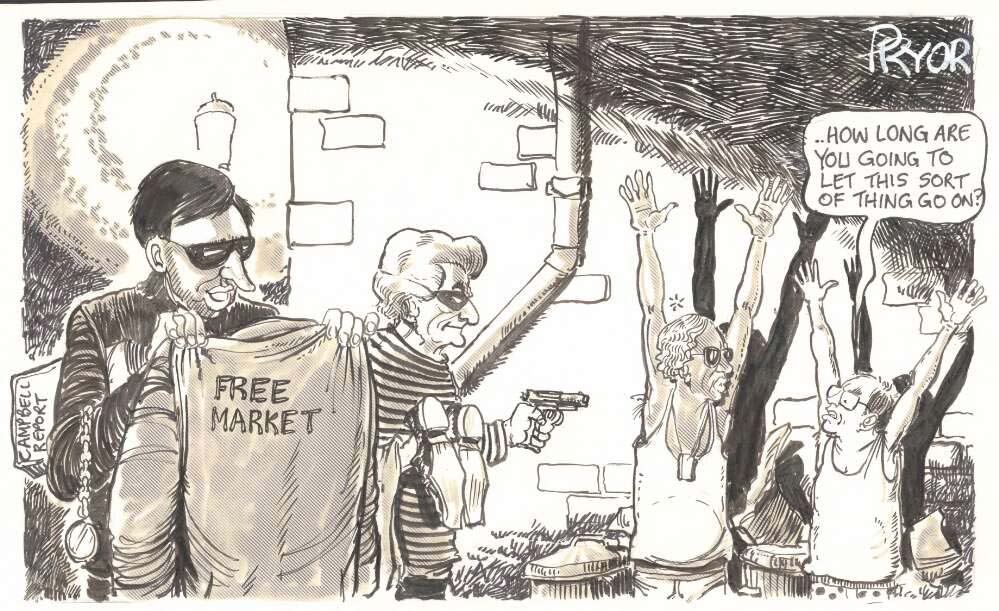 Keating became Prime Minister on 20 December 1991, after challenging Hawke for the second time in six months.

Although he was opposed by the ‘Left’ faction, he had sufficient supporters to win the ballot. Even his opponents recognised that his sharp wit, talent for apt epigrams, forceful style of argument and confidence in leading parliamentary debate made him one of Labor’s chief assets.

On 13 March 1993 Keating led Labor to victory in a general election which most political commentators expected it to lose. Keating’s own determined and effective campaigning against the Goods and Services Tax, a tax on general consumption proposed by opposition leader John Hewson, was a key factor in Labor’s victory.

After more than four years in office, Keating took the nation to his second election as Prime Minister on 2 March 1996. By this time, mounting foreign debt, high unemployment and high interest rates were causing widespread concern, and Labor’s ability to manage the economy was increasingly in question.

After retiring from parliament, Keating devoted himself to developing business interests. He has also acted as an occasional commentator on major events in Australia.