Long time ago in the Dreamtime, they used to live, old people, in the lake. 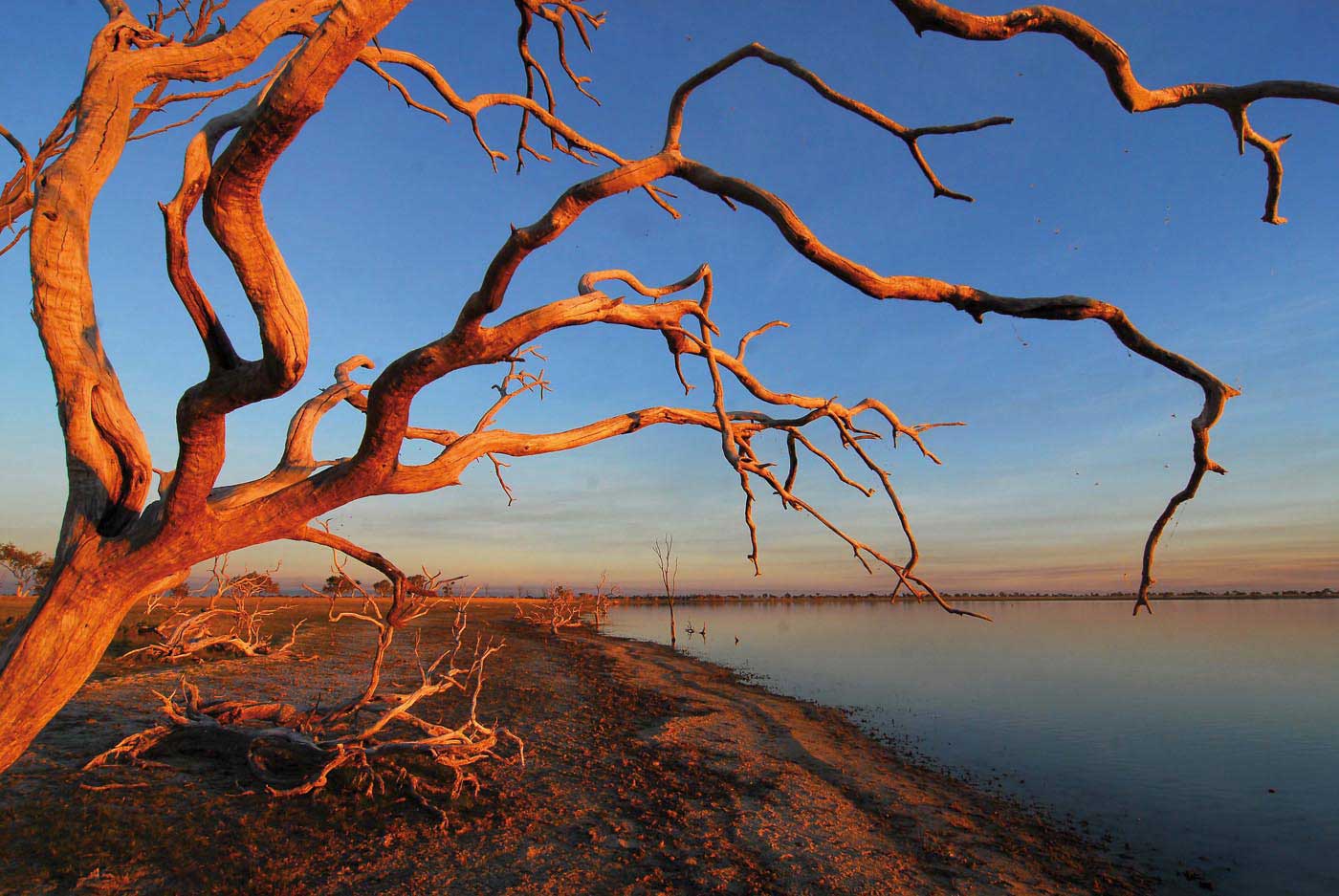 Before white settlement, the Paruku (Lake Gregory) and Tjurabalan (Sturt Creek) regions were centres of activity both for ancestral beings and for river, lake and desert people.

The Paruku lake system lies at the end of the Tjurapalan Jukurrpa, a major Dreaming track that binds together many language groups over a wide area. The surrounding fertile country provided an abundant source of plant and animal life for local groups and desert people in times of drought. These groups met regularly at Paruku and Tjurabalan to trade and perform ceremonies.

Exotic trade items such as jakuli, or pearl shells, also passed through Paruku and Tjurabalan to destinations as far south as the Great Australian Bight and as far east as Queensland and New South Wales.

In the desert, both men and women used jakuli for ritual and decorative purposes. Their lustrous surfaces symbolised beauty and health, and recalled the brilliance of the ancestral beings as they emerged in the Dreamtime.

As the sacred objects coveted by the jila men, jakuli were also used in rainmaking ceremonies, their striking iridescence evoking water in its many manifestations.

Kiki and the pearl shell

From the Dreamtime, [the ancestral hero] Kiki was coming from the sky, looking for a place to live. He came down near Paruku and went down in the water.

Kiki felt hungry after travelling a long way and made plants and put them round everywhere. He made the plants grow. Plants you can grind to make flour, seeds, little grapes, some healing stuff too. He put all them frogs that people eat, bandicoots, blue tongue lizards, animals that used to live out there. What we still eat today is from that old fella.

Kiki had a white stone in the Dreamtime and he tried to hide it in that big lake. But it kept on floating up. Bandicoot man came along and found that thing floating in the water. He stole it and threw it in the ocean near Broome. From there it turned into a pearl shell. That’s why Broome is rich with pearl shells. It [the pearl shell] started from Paruku. It didn’t want to hide.