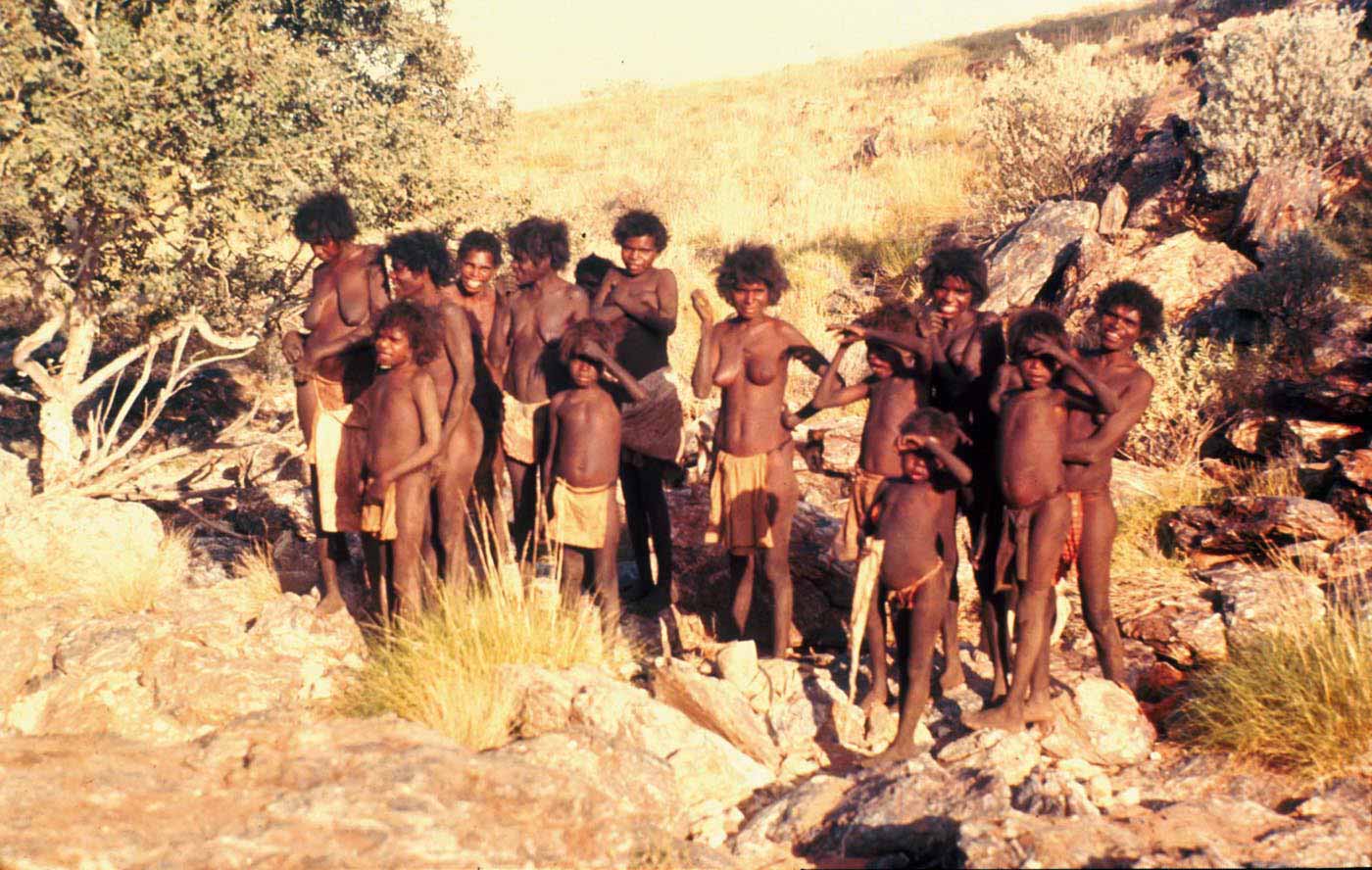 The Talawana track, which intersects the Canning Stock Route between wells 22 and 23, was surveyed and built by Len Beadell as part of a missile-testing project undertaken by the Commonwealth’s Weapons Research Establishment (Woomera) in the early 1960s.

By this time, many Martu families had already migrated to Jigalong mission, or other settlements, but some families continued to live in the desert. For them, the Talawana track became another point of contact between them and the white world encroaching at the edges of their Country.

It was in springtime, when the bloke was coming, that whitefella [Len Beadell]. I sat down and then I heard a noise. I thought it was an aeroplane. I was looking around in the sky, but then I realised that the noise was coming slowly up the creek. I knew it was something on the ground and I looked around and saw a gigantic moving rock coming up from the creek. It was removing trees and rocks. So when the kids saw it they all ran up the hill, but I got up and walked towards it and sat down. The bulldozer that was pushing all the rocks and trees was in the front and another vehicle – a grader – was behind it.

Beadell reported this initial encounter between local Martu and the road crew to the authorities. Later, native welfare officers and an anthropologist, Bob Tonkinson, travelled out to Parnngurr to discover whether these people (29 Martu, in all) wanted to remain in the desert or whether they wanted help to come in to Jigalong mission.

The senior Martu people decided that they did want help to bring their families to Jigalong, citing lack of food and fear of warnmala (revenge parties) they believed to be still roaming the desert as reasons for their decision.

We walked all the way into Parnngurr. We waited there for the whitefellas to come back. We all got in the truck and went right up to old Jigalong.

These families settled, temporarily, with the rest of their families in Jigalong. Some went to work on nearby stations. In the 1980s, however, concerned about mining interests (among other things) in their Country, Martu began moving back to Parnngurr to set up their own homeland community.

And so the Talawana track, whose creation occasioned an exodus from desert life, also allowed Aboriginal people, decades later, to move back to their Country – and continues to allow them to move through that Country today.

The relationship between the history of the desert region, the practice of painting and remote community life today is embodied in Martumili Ngurra, the vast collaborative painting created by Parnngurr artists to tell the story of their Country.

In this work, the artists locate the Canning Stock Route at the margins of their story: it sits in the lower half of the painting but exists only as the sequence of Aboriginal waters it always was, not as the road it became.

The painting also makes it clear that the stock route is not the only road in this Country: above this chain of waters another road – the Talawana track – cuts across the landscape, helping to structure the painting and the stories it tells. 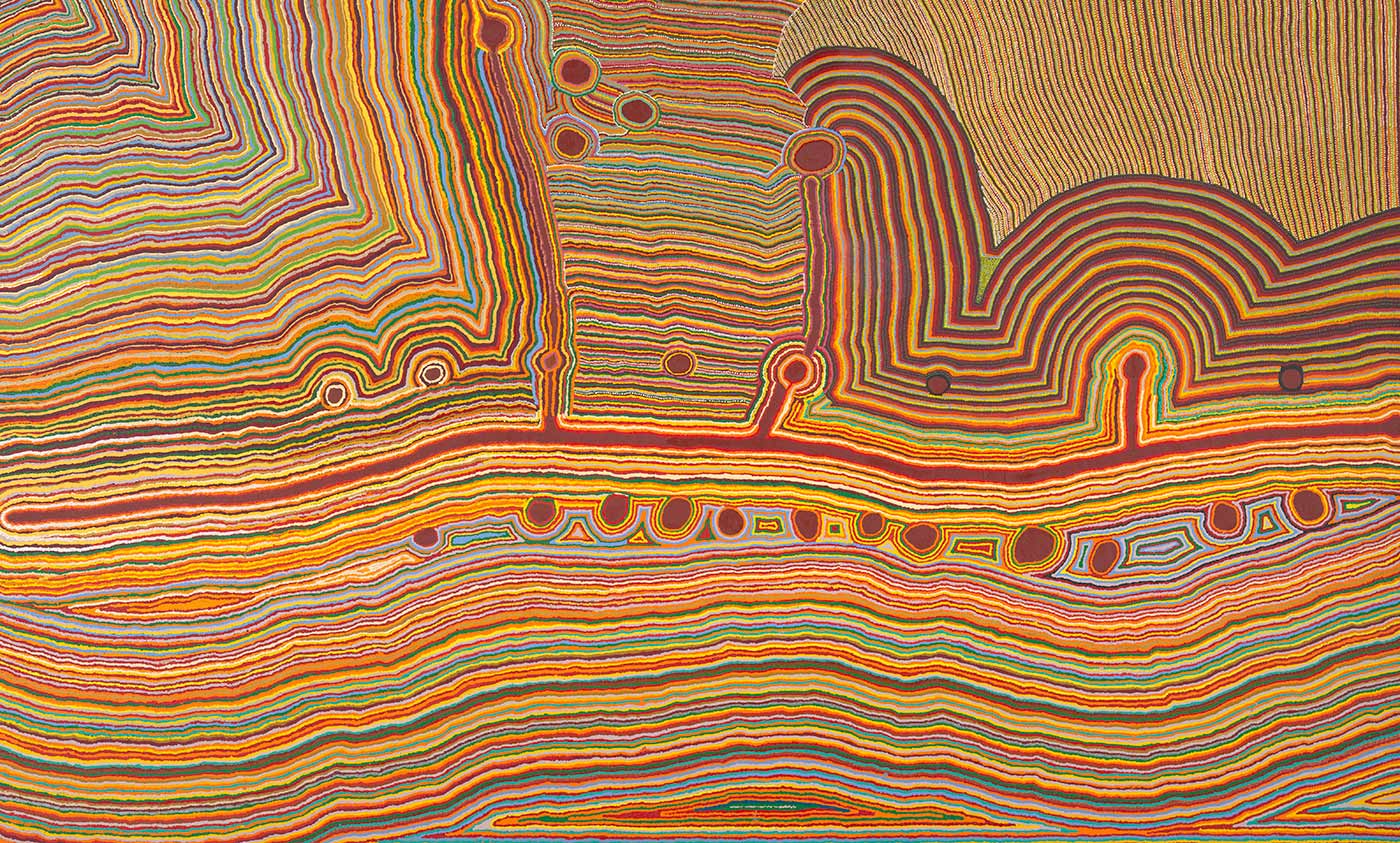