When I was a child, we camped one night at Natawalu. The Seven Sisters also rested there. 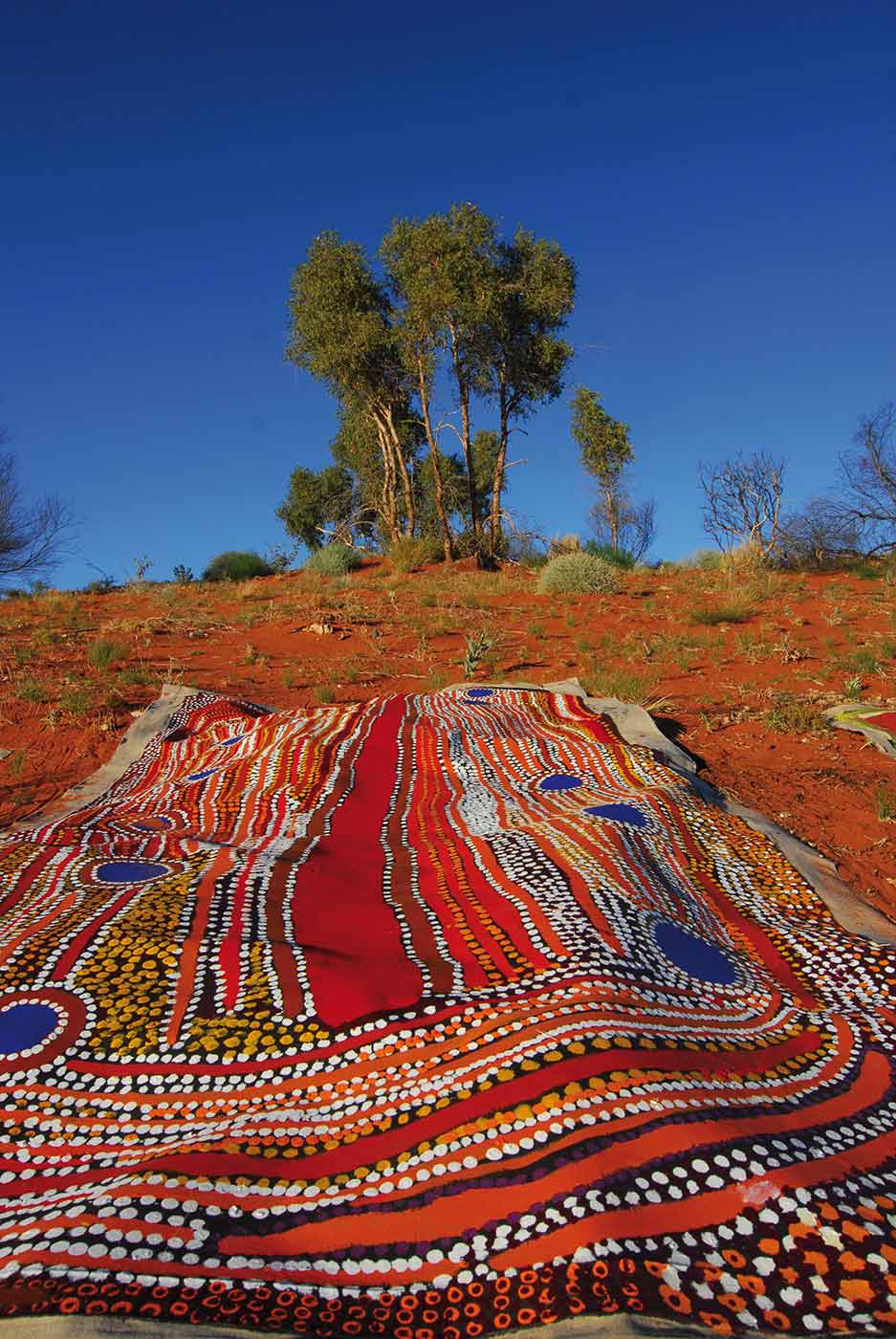 Minyipuru (Seven Sisters) by Muni Rita Simpson, Rosie Williams and Dulcie Gibbs, laid out on the ground at Kilykily (Well 36), where it was painted in 2007

In Aboriginal cultures across Australia, and in other cultures around the world, the Pleiades star cluster is associated with the story of the Seven Sisters. Minyipuru Jukurrpa is the Martu version of this story. When Martumili Artists was established in 2005, this was the first Dreaming story the Martu women agreed to paint for a broader public.

The Minyipuru began their journey from Roebourne as a big group of sisters and their mothers. At various places along the way, they lost members of their party until eventually only seven sisters remained.

At Kalypa (Well 23) the Minyipuru met a group of Jukurrpa men; it was the first time either group had seen members of the opposite sex. The men tried to grab the women, but the Minyipuru chased them, hitting them with their digging sticks and leaving them lying there.

At Pangkapini the sisters met Yurla, an old man who had followed them from Roebourne. Yurla grabbed one of the women at Pangkapini, but her sisters tricked him and managed to rescue her. At another site further east, he tried to catch five of the sisters, but again they escaped, flying on to Marapinti.

Many of the sites on the Seven Sisters’ journey are now wells on the Canning Stock Route.