My old man [Rover] told me, ‘We gotta do painting and tell our stories through there’. Might as well do it through arts so the whole world can hear us. 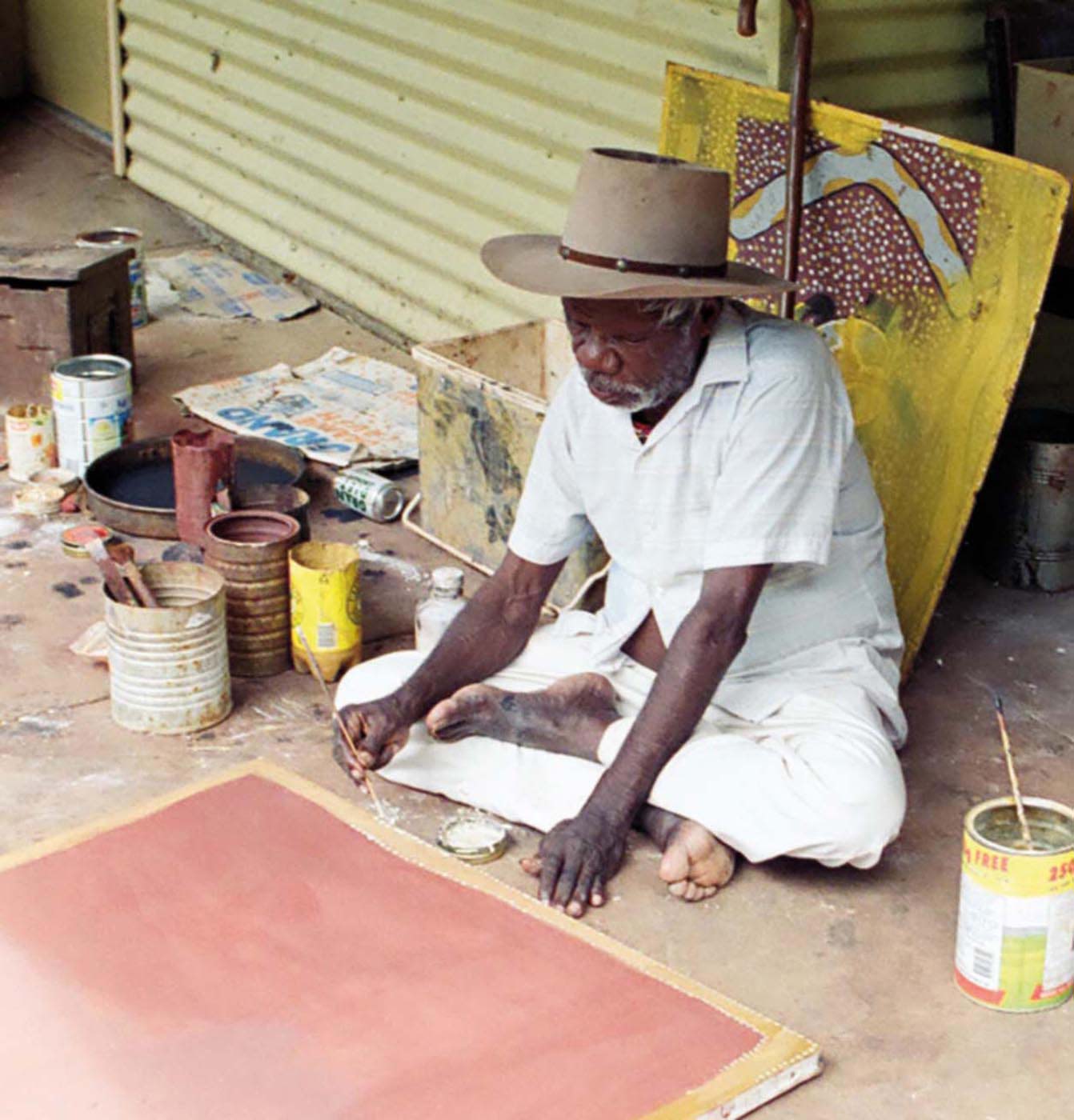 Rover Thomas is one of Australia’s most important artists. One of the first two Indigenous artists to represent Australia at the 1990 Venice Biennale, his paintings sparked a greater appreciation of Aboriginal art, both nationally and internationally.

Although he found fame late in life as an East Kimberley artist, Rover was a desert man, and the story of his life is interwoven with that of the Canning Stock Route. Rover was born in the 1920s and raised in the Country around the middle stretches of the stock route.

After his parents died, he was picked up by a drover, Wally Dowling, and taken north to Billiluna and the Kimberley. He became a stockman himself, and eventually married and settled at Turkey Creek. There, in the 1970s, he pioneered the East Kimberley school of ochre painting on canvas.

In this way, the story of Rover Thomas is more than one man’s remarkable life. His story reveals the personal impact that the stock route had on the historical movement of Aboriginal families, and the extraordinary artistic movements that followed in their tracks.