Well 33 to Well 35: The heart of Canning Stock Route country

I was born at Kunawarritji [Well 33]. My father was born at Kinyu [Jarntu, Well 35] ... Kinyu belongs to many people: from the west, from the east, from the north and from the south. These people come from all over ... This Country is for a lot of people. 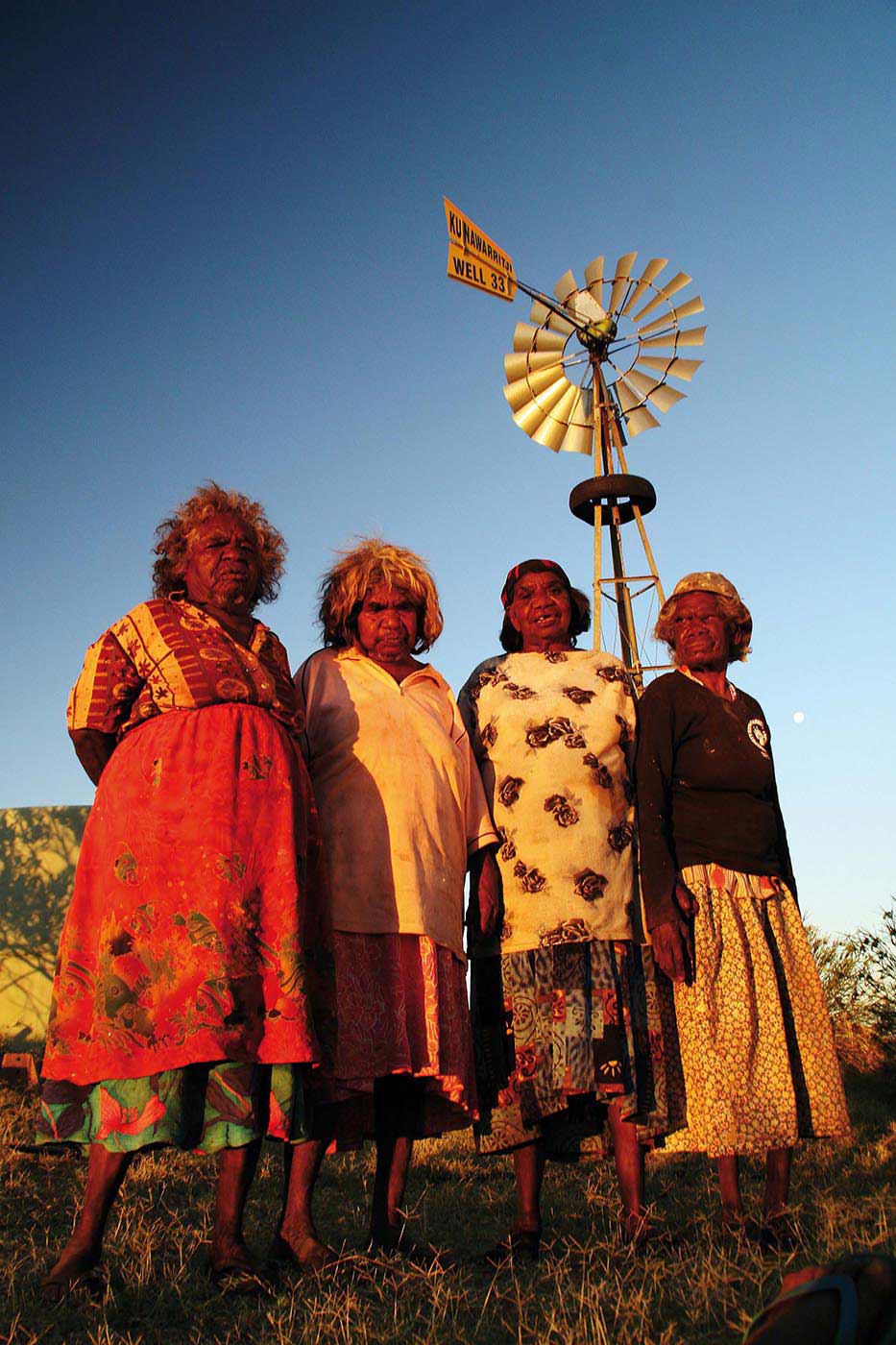 Kunawarritji (Well 33) features in many of the Jukurrpa stories from the desert. It became one of the main places from which people left the desert, eventually settling in communities as distant as Turkey Creek, Wiluna, Jigalong, Balgo and Bidyadanga.

Jarntu has healing powers, but she is also a fierce protector of her home and people. Aboriginal people enter the site with great respect, ritually sweeping the ground with branches, announcing strangers and leaving gifts of food. In return, Jarntu ensures successful hunting for her Countrymen and protects them from danger.

Jarntu is like a guide dog for the old people, a protector. It’s the belly button of the Country. Right in the middle. The Canning Stock Route cut the body in half. Jarntu is like the veins of the body.