It is beautiful Country with sad feelings from the past.

The Canning Stock Route story revolves around water. To colonists, desert water was a commercial resource necessary for a successful stock route. To the people of the desert, these waters were the social, spiritual and economic bases of their existence.

The wells built by Alfred Canning, therefore, became sites of conflict between cultures. Conflict on the stock route was also triggered by, and in response to, the men who made the wells, and the drovers who came to use them. 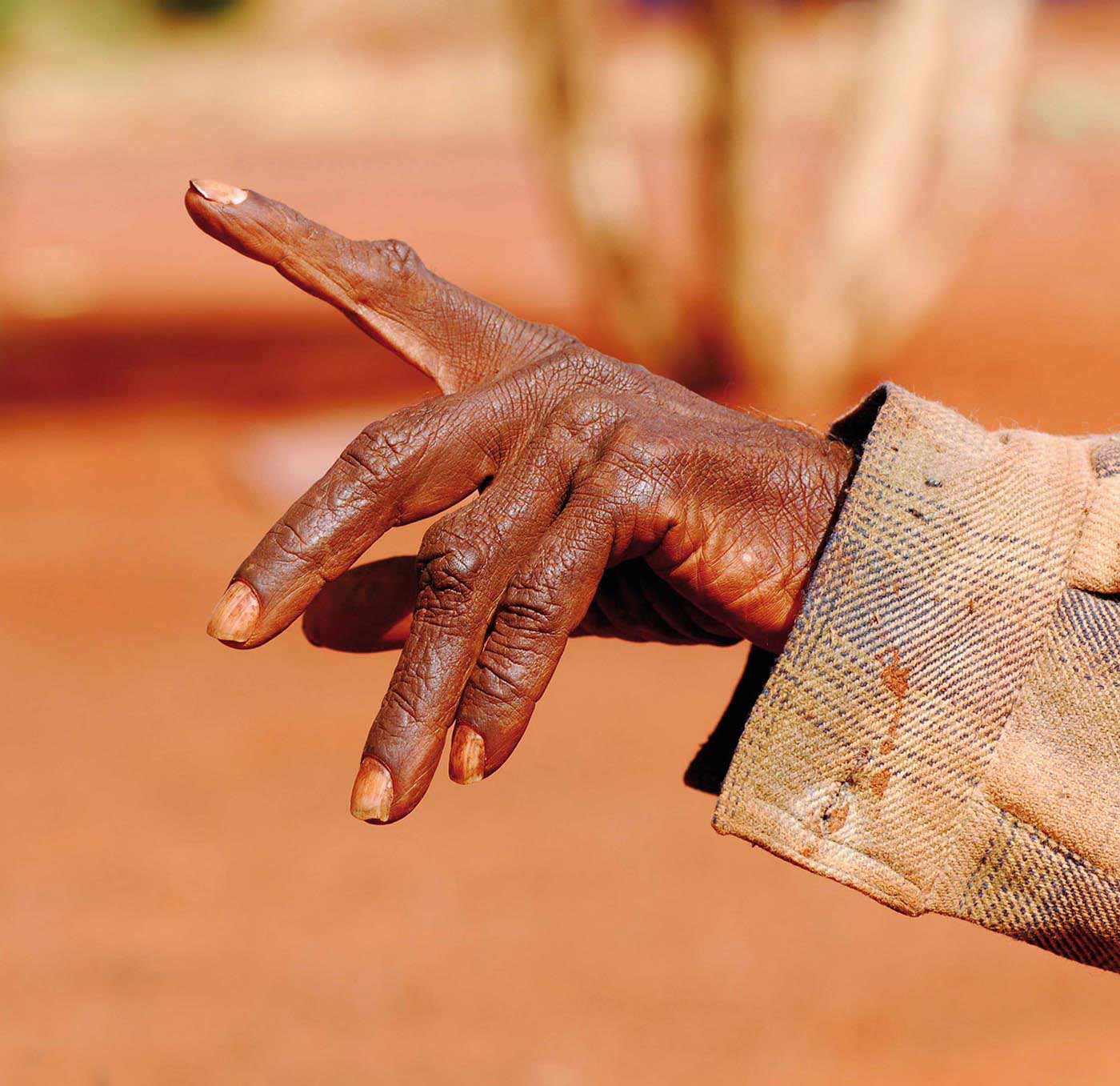 During Canning’s return to Wiluna in 1907, a member of his party, Michael Tobin, was fatally speared at Natawalu (Well 40). In the same moment Tobin shot and killed Mungkututu, the Aboriginal man who had speared him. To this day, the reasons given for this incident are varied.

One account says that Tobin had taken Mungkututu’s wife, while another says that it was revenge for the theft of sacred objects by Canning’s men. Mungkututu may have been frightened by Tobin, afraid of being chained up, or angered by the uninvited intrusion of strangers at his waterhole.

Whatever the cause, in both Aboriginal and non-Aboriginal histories, the incident has come to symbolise the clash of cultures that defined the early days of the Canning Stock Route.

While events at Natawalu were documented for posterity, many other conflicts around the Canning Stock Route were never recorded. They were, however, remembered by desert families. Today the emergent tradition of contemporary desert art provides the canvas for such stories to be told again, recorded in paint.