Home is like your house, but home to us is like our Country ... we’ll always come back to that tribal Country; where old people used to walk around and used to hunt ... That’s what we believe. When we die, we become one with the Country. Our spirit goes back. 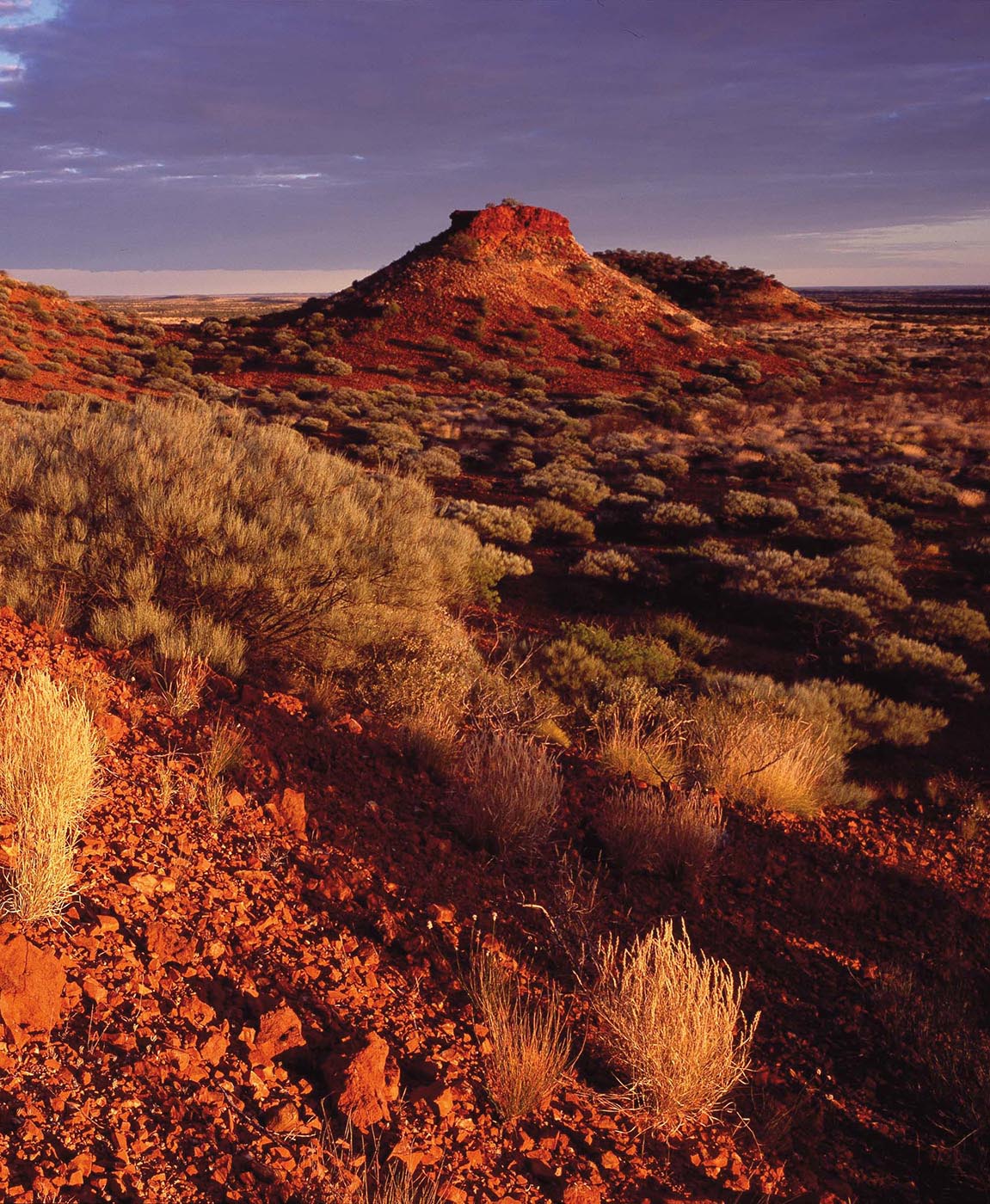 Helen Hill, between wells 27 and 28 on the Canning Stock Route

Ngurra, which means both 'Country' and 'home' in Western Desert languages, is integral to understanding the culture and values of desert people. It can refer to a bush shelter, to vast tracts of land, or even to a modern house in a community.

In the desert, however, Ngurra is usually defined through reference to important water sites. Springs (jila, yinta), rock holes (wanirri) and soaks (jurnu, jumu) sustained Aboriginal people as they travelled across their Country, hunting and gathering, visiting family and fulfilling ceremonial obligations.

Country also defines people's identities. Before desert people are born, their spirits exist in the form of an animal, a plant, an ancestral being or a natural phenomenon. During pregnancy, parents encounter the spirit, or jarriny, of their child, and at birth the place where this encounter occurred is identified as the child's Country.

People also describe the places where they were born or grew up, or that they inherit from their parents and grandparents, as 'my Country'. Each of these connections to Country entails specific rights and responsibilities, both cultural and ceremonial, for the management of Ngurra.

Today, painting Country has become a part of this enduring process.