Every water got a song. People got to tell you story to make you happy and safe. Every place got a story. 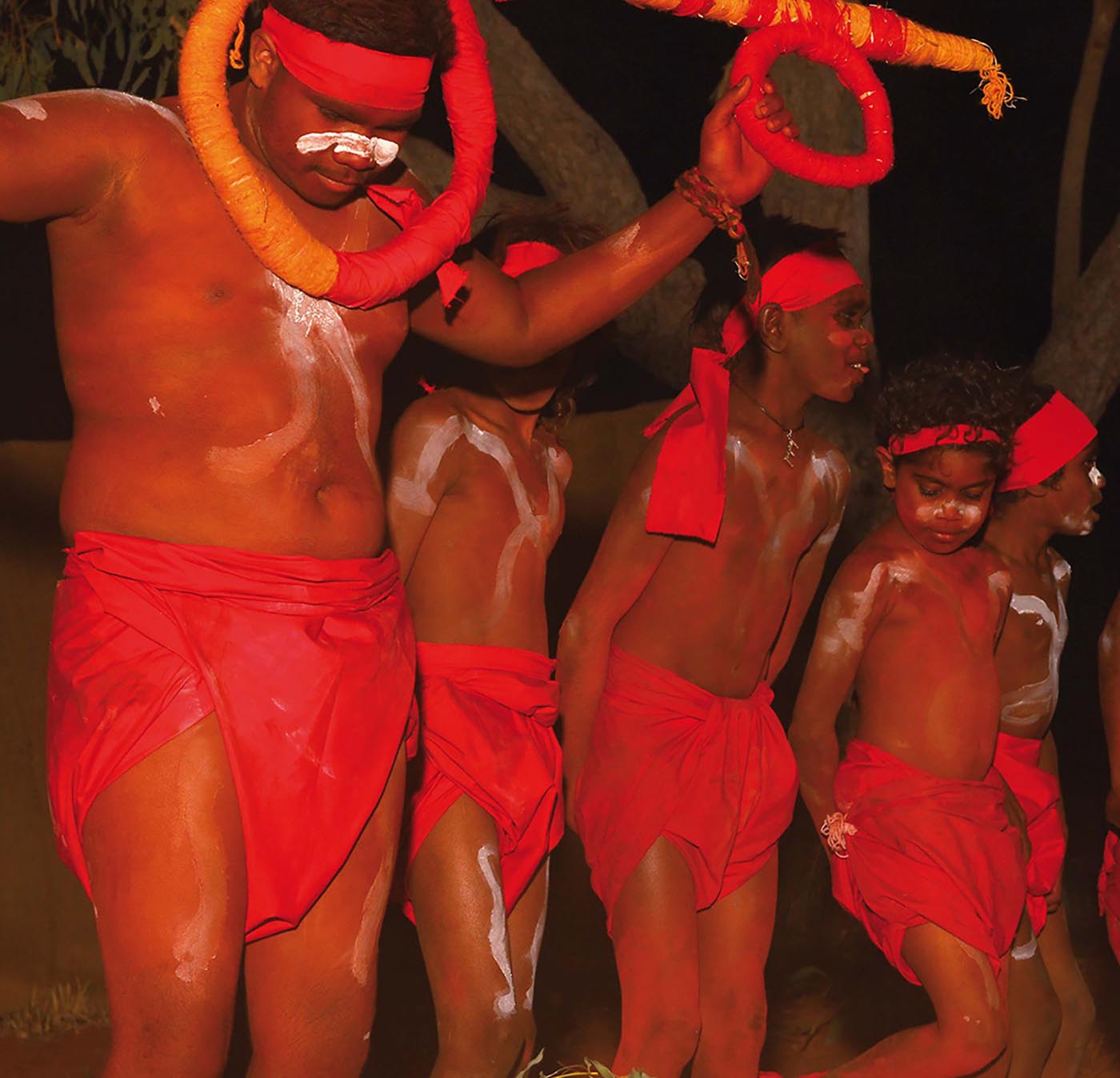 The Jukurrpa is sometimes translated as the ‘Dreaming’ or ‘Dreamtime’ and exists in desert law as the creation period.

During the Jukurrpa, ancestral beings in both human and animal form moved across the desert singing, marrying and fighting – or tricking and helping one another. As they travelled, they created the features of the land, its waters, plants and animals, and people, languages and ceremonies.

They also established the moral, practical and spiritual laws that still govern Aboriginal societies. At journey’s end, the ancestral beings returned to the earth, transforming themselves into important waters, hills and rocks. Others took their places among the stars.

These Jukurrpa narratives form an intricate network of ‘Dreaming tracks’ or ‘songlines’ that crisscross the desert country. The knowledge embedded in these stories is held collectively by senior initiated people.

Some aspects of this knowledge are broadly known to desert peoples; others, including parts of men’s and women’s law, are restricted to people of certain age, status and gender.