Australia’s roads in the 19th century were shared by a wide variety of horses and horsedrawn vehicles. Harness horses, such as Cleveland Bays and Yorkshire Coachers, were used in coaching, to pull private vehicles and to haul small 2- and 4-wheeled carts.

Draught horses, such as Clydesdales, Percherons and Suffolk Punches, were bred for power rather than speed, and were used to pull farm vehicles and the tabletop wagons that carried huge loads. 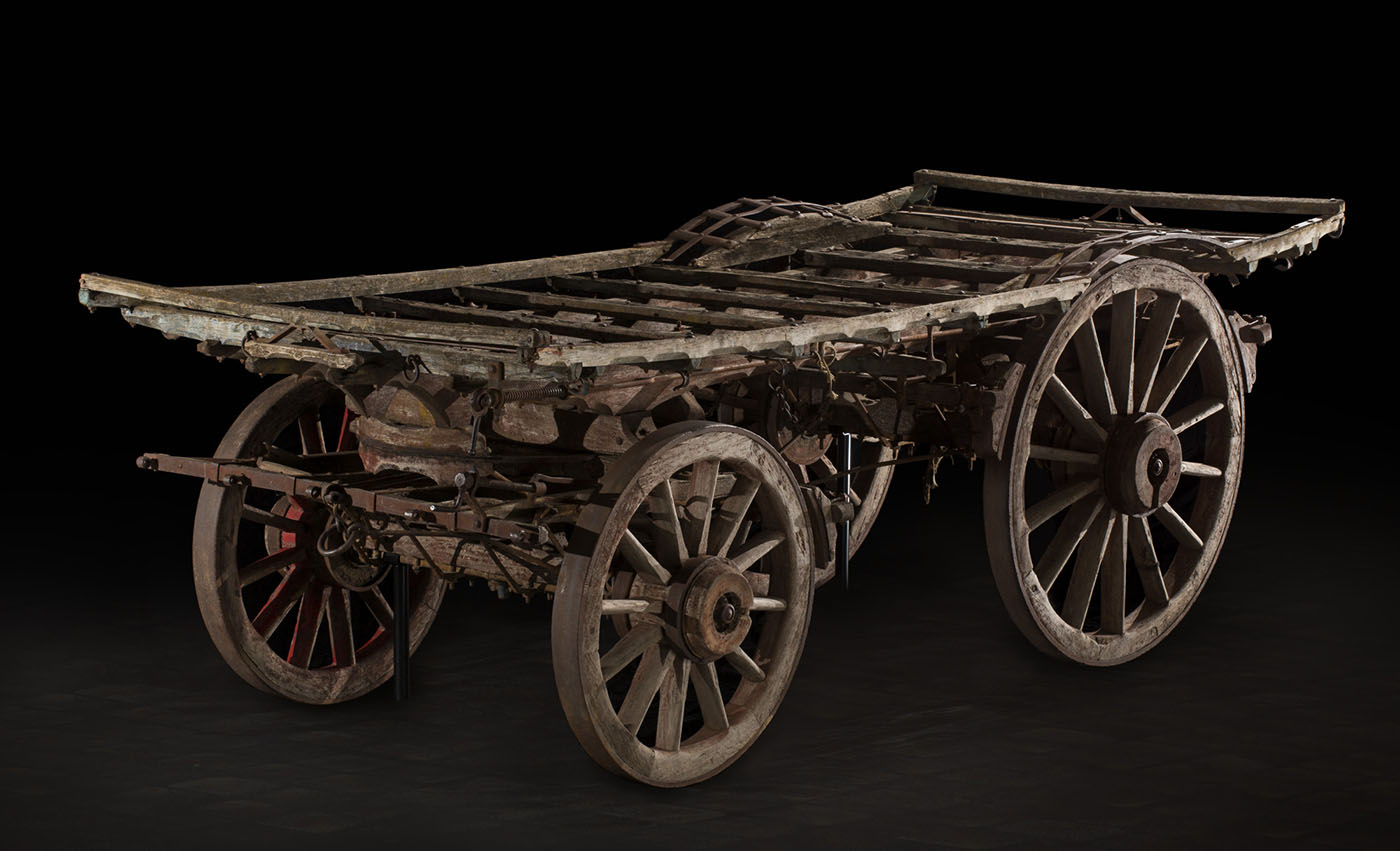 One horse per tonne

This wagon was used in the Cooma region of New South Wales, about 1890. It may have been pulled by bullocks before being used with horses. It was designed for heavy haulage with a concave tray that helped to support large loads of up to 12 tonnes of wool and wheat.

Turning the wagon and horses was made easier by the pony wheel assembly which sat underneath the front of the wagon and could swivel. The number of horses required to pull the wagon depended on the weight of the load and the road conditions. Typically, one horse was need for every tonne of load. 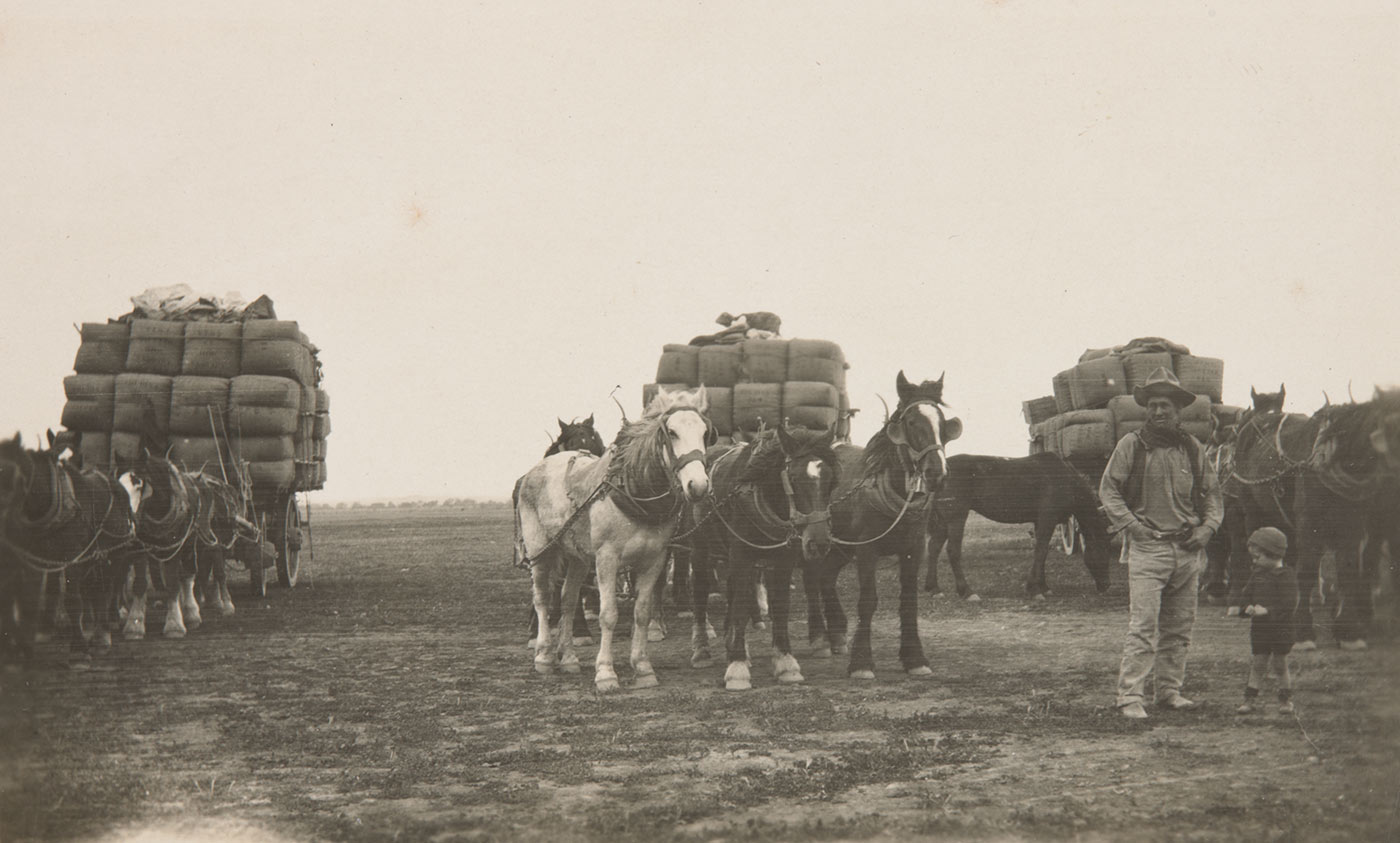