Music is vital to Play School and a key to its success. ‘There’s a Bear in There’, with music by Richard Connolly and lyrics by Rosemary Milne, must be one of Australia's best-known television theme songs. 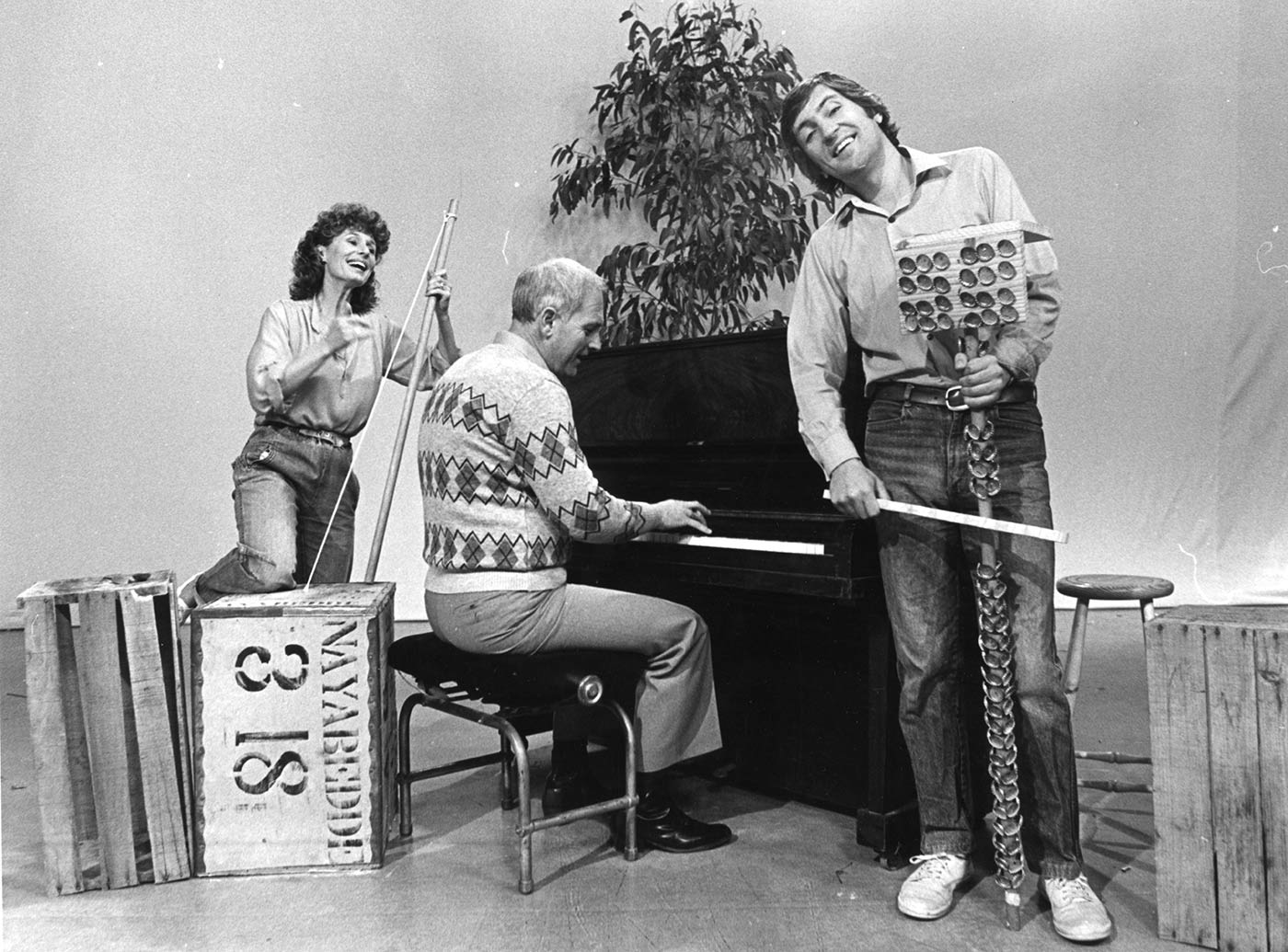 Benita Collings, Warren Carr and John Waters perform 'Give Me a Home Among the Gum Trees'

From 1972 until his death in 1993, Warren Carr was the much-loved pianist and musical director of the show. His face was only sometimes seen on camera, but his music was heard on every episode.

There’s a bear in there …

During Play School’s 50-year history there have been 5 versions of the opening title sequence.

Some things, like the words to the song, have stayed the same, but the arrangement, singers and images have all changed – even the accent has gone from British to Australian.

The ‘Bananas in Pyjamas’ song, written by Carey Blyton, was first used on Play School in 1976.

Banana became a popular toy from this time, chasing the Teds around the set on numerous happy and exciting occasions. In 1992 a new program went to air featuring two bananas – B1 and B2.

In 2010 the Banana toy was retired from Play School when the new animated Bananas in Pyjamas show was released.

Stop-frame animation is simple to do, but very time-consuming. A model is filmed, then moved slightly and filmed again. It can take days to complete a scene.

Animators meet with the Play School team to explore which songs to use and even step out some of the dances the characters might perform.

Several puppets from a series of stop-frame animations made for Play School were on show in the exhibition. This included the teapot and cup from ‘I’m a Little Teapot’, made by Phillip Beadsmore.