The Play School toys enjoy an extensive wardrobe, lovingly created over decades by ABC staff. Many outfits reflect the fashions of the times in which they were created.

The different shapes and sizes of the toys present some interesting costuming challenges, but dedicated people in the Play School Art Department ensure they are dressed to impress for all occasions. 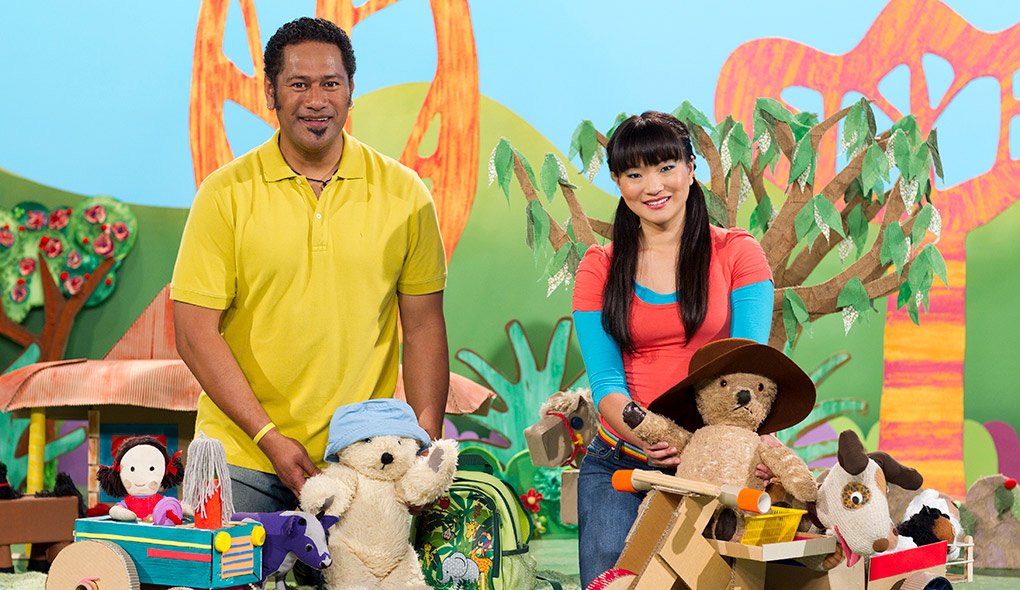 Jemima is one of the original toys, and her costuming reflects 50 years of Australian fashion trends.

Her earlier costumes were quite traditional, featuring bonnets, aprons and ribbons. During the 1970s and 80s, Jemima’s outfits became more adventurous, in keeping with a time when women were experimenting with bright colours, blue jeans and miniskirts. As roles for women in Australian society have expanded, so has Jemima’s wardrobe.

Jemima also likes to wear overalls in every colour of the rainbow.

Her spacesuit, clown outfit and a pink evening dress worn to Play School’s 40th birthday celebrations are on show in the exhibition.