As a boy, Yumpuluru travelled with his family over their traditional lands in the desert before making contact with non-Indigenous Australians. He moved to Papunya in 1964 and was one of the original Papunya Tula shareholders. In 1981 he joined the Pintupi people in their move back to their traditional lands. The small boards he painted during the 1970s were often distinctive for their quirky designs. 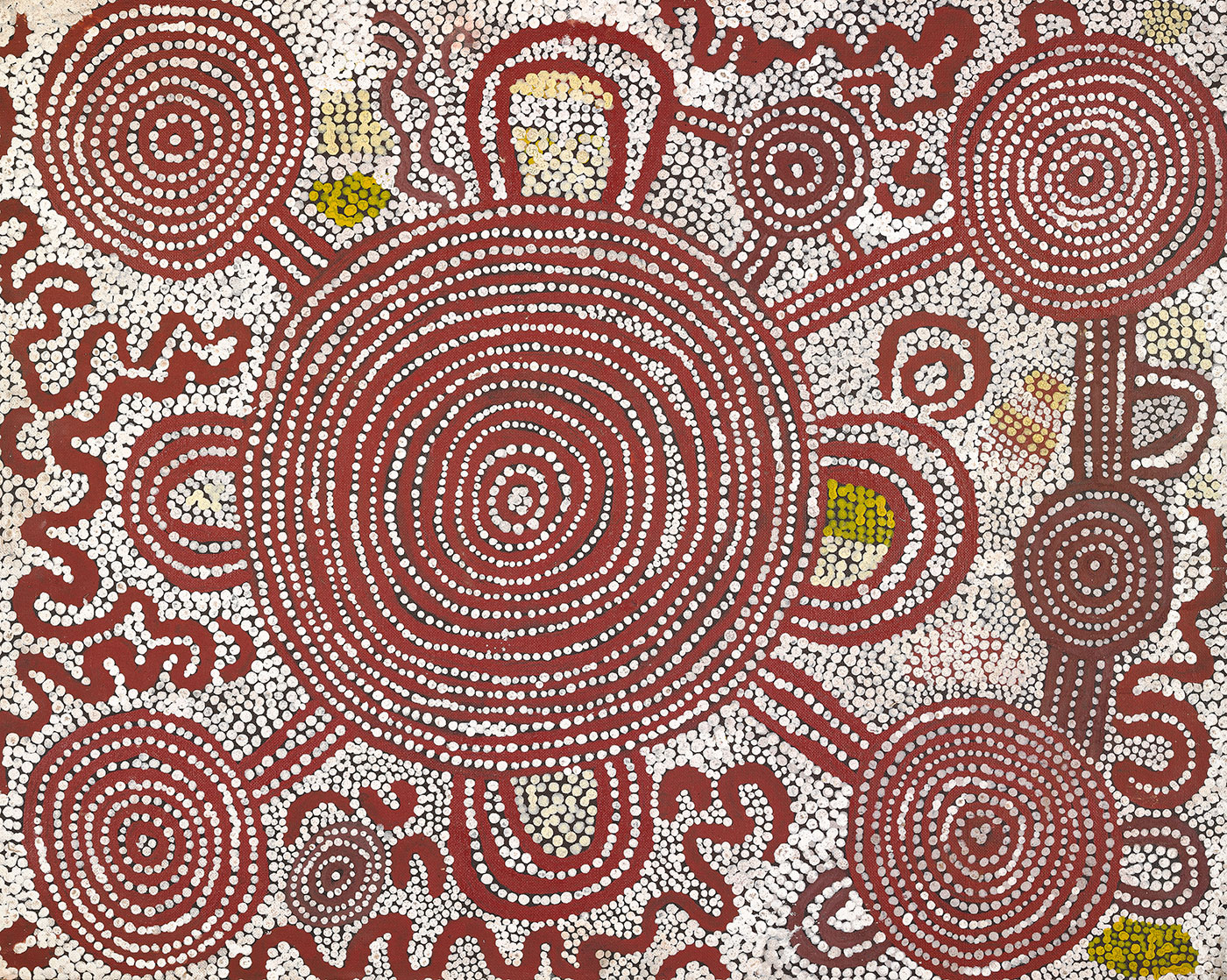