Billy Nolan grew up in the remote desert away from contact with non-Indigenous Australians. He moved to Haasts Bluff settlement during one of the early eastward migrations of Pintupi people. He observed the painting group at Papunya, before taking up painting himself in 1976. He usually painted Tingarri stories of his traditional lands. From the early 1980s he and his second wife painted regularly for Papunya Tula Artists. 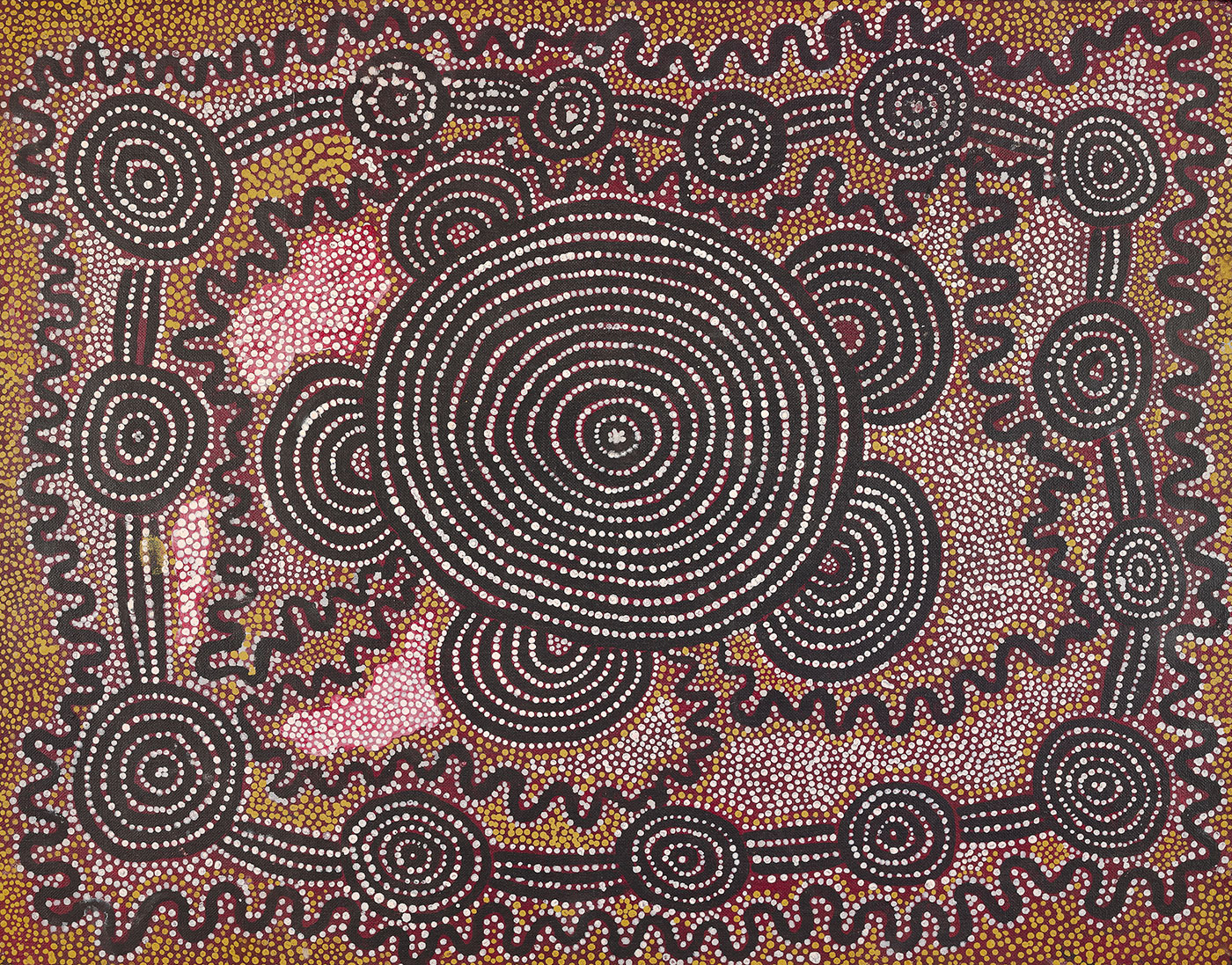