Start of the ABC

1932: Formation of the Australian Broadcasting Commission 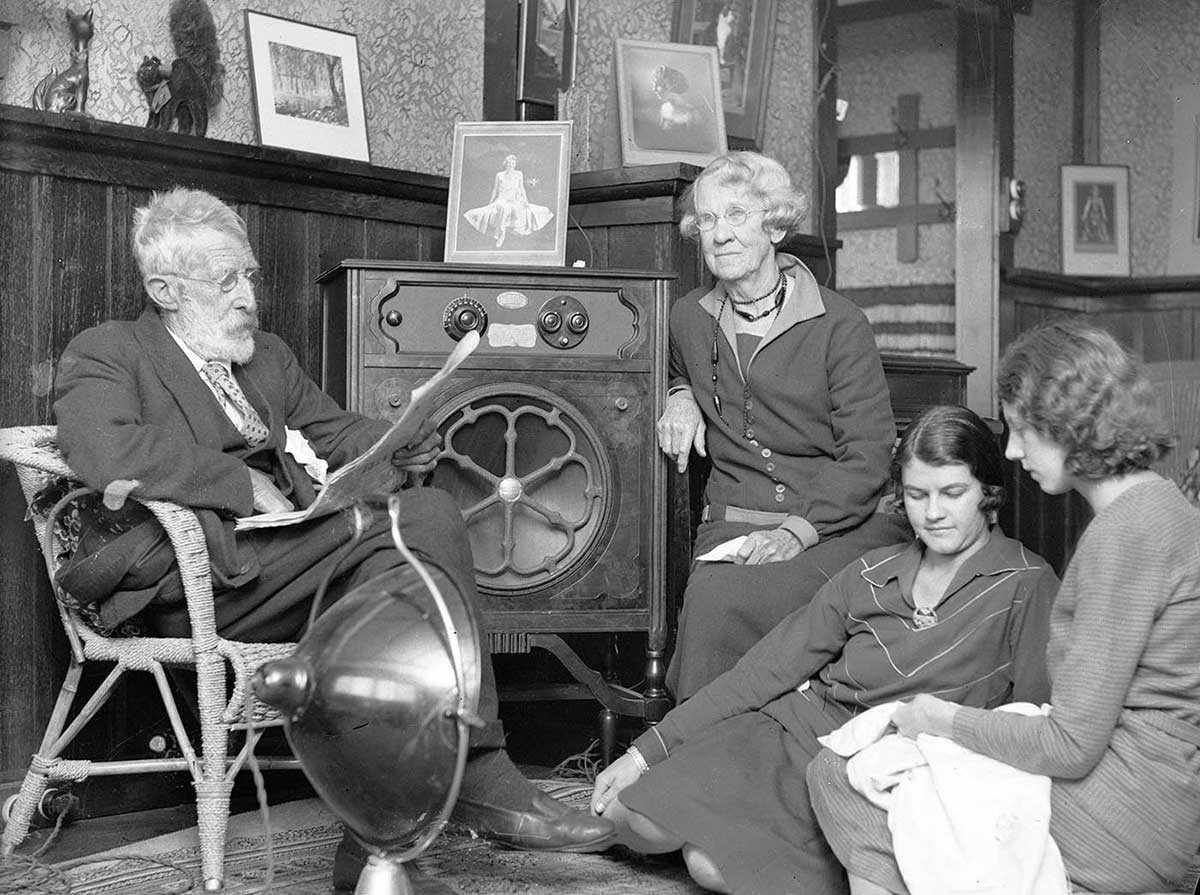 Family in their living room listening to a radio broadcast

Since its founding in 1932 the ABC has been a trusted source of quality entertainment, news and information for all Australians, in the city and the bush.

Today the broadcaster reaches close to 20 million viewers and listeners per week, and is an integral part of how Australians shape their social, political and cultural opinions.

While it has occasionally attracted controversy, it remains Australia’s only advertisement-free public broadcaster, and is seen by many as an essential part of Australian society.

The Sydney Morning Herald, cited in 'The ABC in the digital age: Towards 2020':

The character of Australia owes much to the ABC; no other institution reaches as many Australians, or touches so many so profoundly. The national broadcaster not only helps fashion Australian life, it is also a deeply personal part of innumerable individual lives. 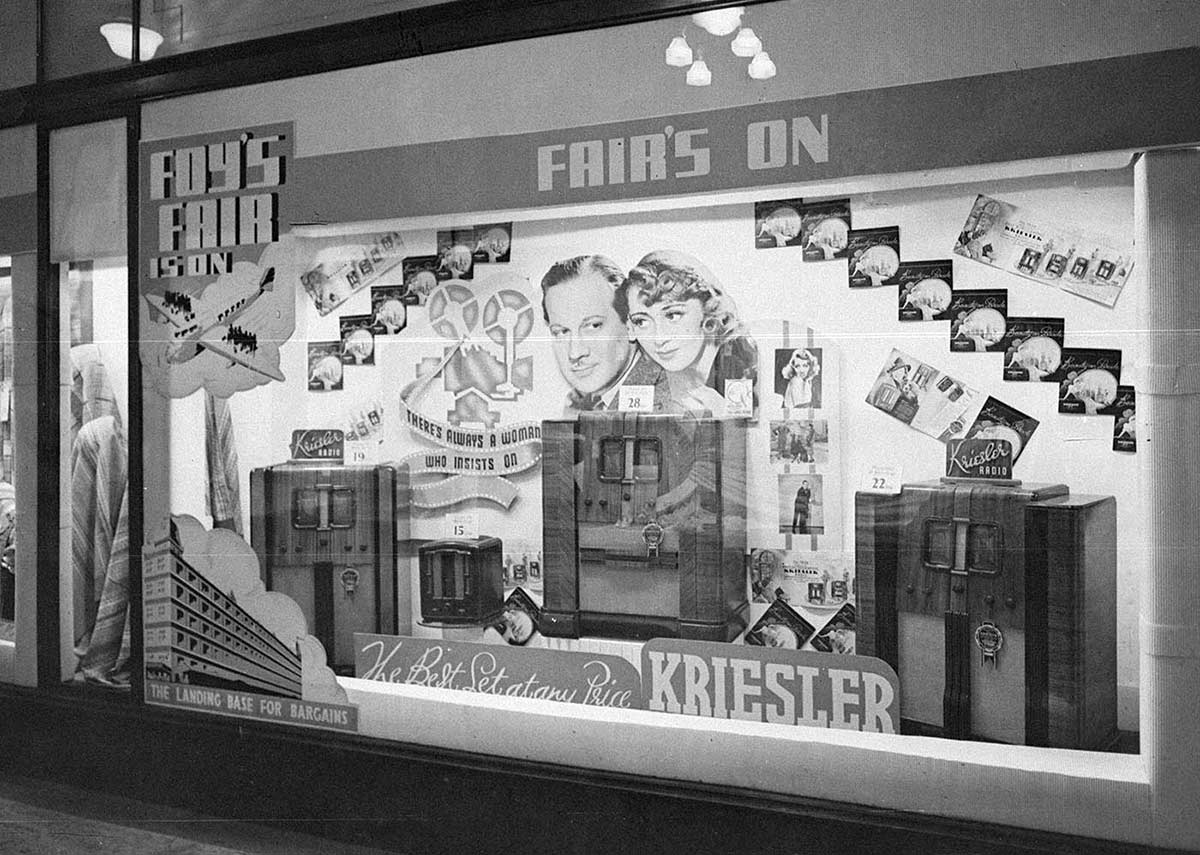 Radio transmission and broadcasting have been instrumental in overcoming the communication challenges posed by Australia’s vast, sparsely populated countryside.

William Bragg, Professor of Mathematics and Physics at the University of Adelaide, conducted the first demonstration of radio transmission in Australia on 21 September 1897, just two years after Guglielmo Marconi patented his wireless telegraph system.

The Wireless Telegraphy Act 1905 made the federal government the sole regulator of the new technology. The legislation led the government to take a similar regulatory position in regard to radio broadcasting 20 years later, and then television in the 1940s and 1950s.

In 1919 Australia’s first radio broadcast was organised by George Fisk of the Amalgamated Wireless Australasia Limited Company, with the transmission of the national anthem from one Sydney building to another.

By 1921 the first radio licence was granted in Australia to station 2CM, which broadcast from the Wentworth Hotel in Sydney.

In 1923 after intensive lobbying by the radio industry, the government issued a set of radio broadcasting regulations. However, these policies were modified a year later and a two-tiered licensing system was introduced, wherein stations with ‘A licences’ were financed by listener fees while those with ‘B licences’ generated revenue through advertising.

In 1927 the federal government, prompted by widespread listener dissatisfaction with the variety and quality of broadcast content held a royal commission into wireless broadcasting.

The commission recommended a full nationalisation of the listener fee financed stations and that licence fees be pooled along the lines of the recent reorganisation of the BBC in Great Britain.

However, the conservative government of the time ignored the recommendations and chose an out-sourced approach. The National Broadcasting Service (NBS) was created to maintain the studios and transmitters while the newly created Australian Broadcasting Company, a syndicate of entertainment interests, would provide the content.

The ABC made its first transmission on 1 July 1932. The leaders of Australia’s three main political parties all broadcast the new organisation’s opening messages.

For Australian listeners, hearing their leaders potentially thousands of kilometres away was a remarkable event made more so by the fact that the men were each in different cities – Prime Minister Joseph Lyons in Canberra, Leader of the Opposition James Scullin in Melbourne and Dr Earle Page of the Country Party in Sydney.

The Prime Minister declared that the government’s intention for the ABC was to appoint able and impartial trustees to provide information and entertainment, culture and gaiety and to, ‘serve all sections and to satisfy the diversified tastes of the public’.

The ABC took its charter of providing radio services for all Australians very seriously. In each state capital it provided two radio services: one for popular programming, consisting of drama, quizzes, sport, variety and music; and another featuring classical music and drama, speeches, debate, and federal parliamentary broadcasts.

The ABC is today renowned for its innovative programming but in the 1930s it had a more proscriptive approach to broadcasting. The commission’s conditions forbade blasphemy, coarse expressions, ‘representations of sex problems, and controversial questions concerning politics or religion’, and ‘characters afflicted with insanity or bodily defects’.

Initially, the ABC was self-supporting, with its revenue derived from radio licence fees, but this eventually proved to be insufficient and in 1949, the Chifley government established a system whereby the ABC was funded from consolidated revenue. Licensing fees were not however abolished until 1974.

The television arm of the corporation operates five channels – ABC 1, ABC 2, ABC 3, News 24 and the international Australia Plus – with a weekly viewership of 13.8 million.

With such comprehensive coverage across Australia, the ABC continues to be a key player in shaping the nation’s social, political and cultural values.

Flower Clock from Play SchoolA large clock in the shape of a flower in a pot. The pot and petals are painted pink and the stem is painted green and slight bent . A large yellow clock face is positioned in the centre of the flower head, which has black plastic numbers and hands. There is a grey electrical cord coming from the bottom of the pot.

Ken Inglis, This is the ABC, Melbourne University Press, 1983.