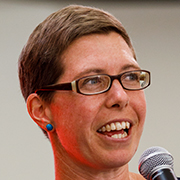 20 years after the 'best Olympics'

As a university student in Sydney in the lead up to the Sydney 2000 Olympics I convinced myself I couldn’t afford tickets to any Olympic events. I think I was also partly rebelling against being told it was going to be the best thing that had happened to Sydney.

Yet, I quickly found myself caught up in the fun and atmosphere created by the Games. I have fond memories of watching events on a big screen in the Domain, yelling at the TV with flatmates, laughing with Roy and HG and marvelling at the endless enthusiasm of brightly-dressed volunteers.

Twenty years later, I find it amusing that I’m putting together a Museum display exploring, what then International Olympic Committee President Juan Antonio Samaranch dubbed 'the best Olympic Games ever'. And now, I can admit it, they were pretty spectacular.

The National Museum of Australia is commemorating 20 years since the Sydney Olympics with a display of objects in the Gandel Atrium until 10 May 2021. One of the stars is Betty the kewpie doll, one of 12 dolls that twirled into the stadium as the Sydney Olympic Games drew to a close.

From the Opening Ceremony on 15 September 2000, with its epic celebration of Australian culture, to the Closing Ceremony’s massive party on 1 October 2000, the Sydney Olympics captivated the nation. At official events and in parks, backyards and lounge rooms across Sydney, the host city pulsed with energy.

Venues for the 300 Olympic events were packed and a team of 46,967 volunteers ensured everything ran smoothly. Australian athletes performed brilliantly before the home crowd. They won 58 medals — 16 gold, 25 silver and 17 bronze — and Australia finished 4th overall. These included Cathy Freeman’s iconic win in the 400 metres and Ian Thorpe’s three gold and one silver in the pool.

An audience of 3.7 billion people in 220 countries tuned into the broadcast. Sydney and Australia shone brightly on the world stage.

As the Sydney Olympics drew to a close, in the stadium’s concrete tunnels and marshalling yards, a team of museum professionals was working to save something of the games for posterity. Assembled by the Olympic Coordination Authority with assistance from the Powerhouse Museum, the Sydney 2000 Olympic Games collection is distributed across many museums nationally.

The National Museum holds objects including Betty, a giant Kewpie doll used during the ‘Love is in the Air’ segment of the Closing Ceremony. Over the years the Museum has collected other material too. A painting by Eunice Yunurupa Porter and Jean Inyalanka Burke, 2000 Sydney Olympic Games Opening Ceremony, depicts the participation of women from Warakurna, in the Western Desert.

Something we didn’t have were good examples of were Syd, Olly and Millie, the official Olympic mascots. Love or loathe them, they featured prominently during the games and are part of a lineage of mascots. We now have some soft, fluffy ones, thanks to an online auction site. 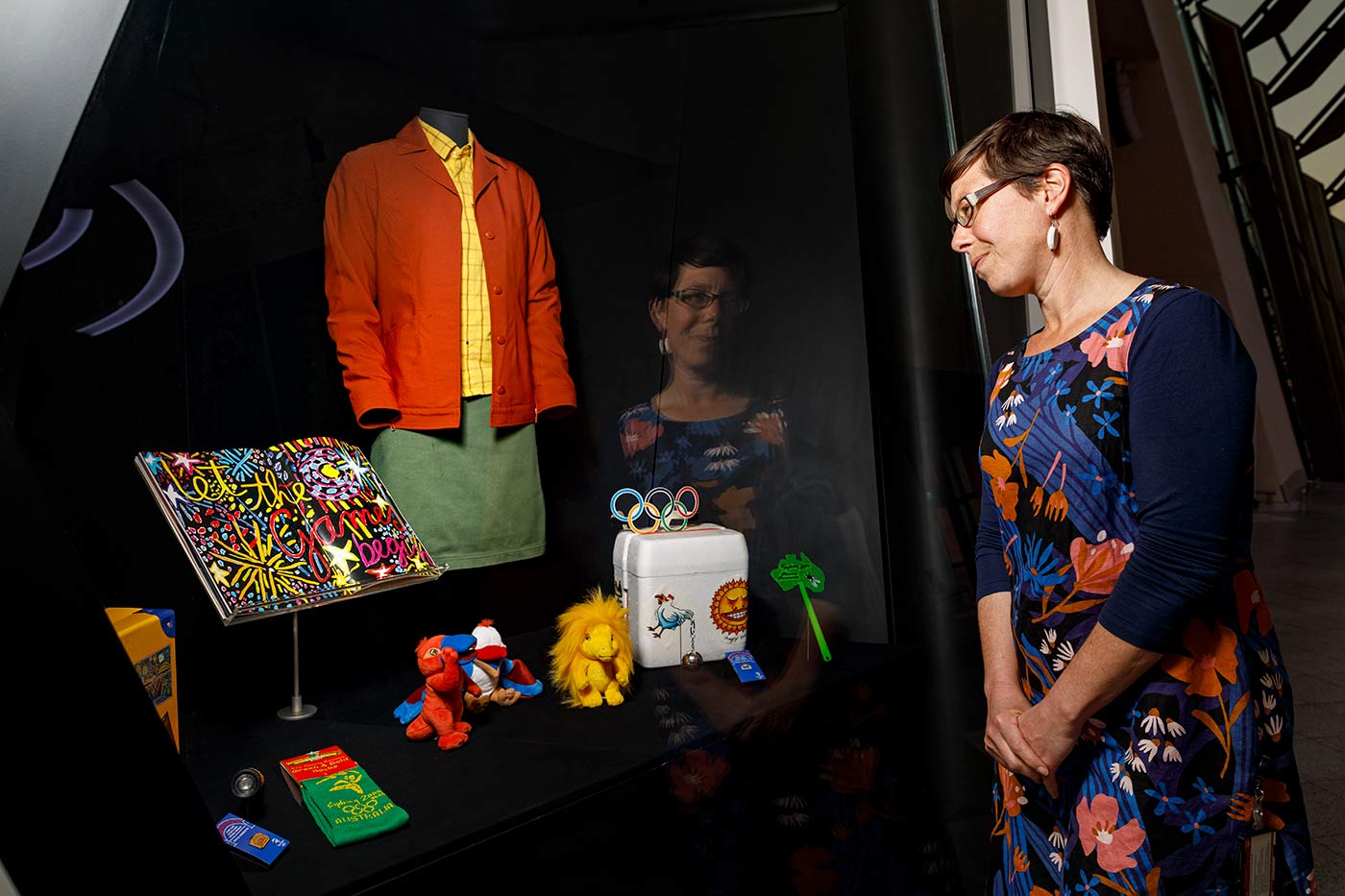 Curator Laina Hall with part of the Sydney Olympics display

In researching Sydney 2000 I also wanted to bring people’s attention to Melbourne being the first city outside Europe or the United States to host the Olympic Games.

In the lead up to the 1956 Games, many wondered if Australia could deliver as disputes over funding, international political upheaval and a series of boycotts overshadowed the greatest show on Earth. But on 22 November 1956, more than 100,000 people packed the Melbourne Cricket Ground for the Opening Ceremony.

Thousands watched the live television broadcasts. The performances of Australian sporting heroes including Dawn Fraser, Murray Rose and Betty Cuthbert were cause for national celebration. Television had only very recently been introduced in Australia and one of the objects in our collection is an ABC outside broadcast van that was in Melbourne and helped capture much of the sporting action.

Reflecting on the Sydney Games

In a year when many of us looked forward to cheering our athletes on in Tokyo and 20 years on from the Sydney Games, the display in our Gandel Atrium provides an opportunity to reflect on the way sporting events are used to project national identity and how sport can inspire and connect people in Australia and across the world.

Reminiscing about and researching the Games also made me wish, again, that I had actually saved or borrowed some money to get a ticket to something, anything really, just to be able to say ‘I was there’.