A set of Olympic medals won by Australian swimmer John Konrads in Rome in 1960 is part of the National Museum of Australia's collection.

At the peak of his career, Konrads won the 1500m freestyle gold medal and two bronze medals, during a new era of Australian dominance in Olympic swimming.

John Konrads was born in Riga, Latvia in 1942. He arrived in Australia as a young boy in 1949 after several years in Germany. The Konrads family was part of an exodus of migrants in the wake of Nazi and Soviet occupation of the Baltic states in the years after the Second World War.

The Konrads were first placed at the Greta migrant camp, near Maitland, New South Wales, where John's father worked to fulfil the terms of the federal government's migration scheme. In exchange for free passage, clothing, food and shelter for their families, migrants agreed to work for 2 years on a variety of industrial and construction projects.

After the first year the Konrads moved to the Uranquinty camp, near Wagga Wagga, New South Wales. This was probably the only migrant camp in Australia with a swimming pool.

Although offering welcome relief from the summer heat, it was in this 'twenty-five yard concrete tub' that John contracted polio, a deadly virus that reached pandemic proportions during the 1950s. However, John's polio was mild. Swimming gave him a chance to rehabilitate the wasted muscles characteristic of the paralytic condition.

By 1953 the family had moved to Revesby on Sydney's outskirts. There John and his sister Ilsa first encountered Don Talbot, a young coach at the local Bankstown swimming pool. As Ilsa later told the Sydney Morning Herald, 'the rest, as they say, was history'.

The decades immediately after the Second World War witnessed a new era of Australian dominance in Olympic swimming.

New training methodologies and techniques were developed, and greater numbers of Australians joined clubs to practise recreational and competitive swimming.

Recognised today as one of Australia's most successful coaches, Don Talbot was at the forefront of innovative fitness regimes trialled during the late 1950s.

In the book Swimming, Australian Style, Talbot wrote that while teaching at the Bankstown swimming pool he observed that the Konrads siblings enjoyed a 'free, easy feel of the water, and after hours of swimming, it was as if they had only just begun'.

His investment in their potential and the implementation of a strenuous training program paid off – the teenage 'Konrads kids' began to set dozens of world records for swimming.

It was not long before John's talent led to his inclusion as a swimming team reserve at the Olympic Games held in Melbourne in 1956. At 14 years of age, he was one of Australia's youngest male Olympians.

Although he did not compete in Melbourne, Konrads continued to achieve nationally. In 1958 he won 3 gold medals at the Commonwealth Games in Cardiff, Wales and became the first male swimmer to hold every freestyle world record from 200m to 1500m.

Ilsa also smashed records for the female 400m, 800m and 1500m freestyle and took home both gold and silver medals.

By 1959 John had won 5 Australian freestyle championships from 100m to 1500m, an achievement recognised when he received the annual Helms Award presented to the most outstanding Australasian athlete. Described as 'the Rolls Royce of world swimming', he was a natural choice to compete for Australia in the Olympic Games in Rome the following year.

The Olympic Games held in Rome in 1960 was the pinnacle of Konrads' career and a triumph for Australian swimming.

Of the 22 medals awarded to Australian athletes, 13 were won by swimmers. Despite keen competition, Konrads brought home 2 bronze medals for the 400m freestyle and the 4x200m freestyle relay and won the coveted gold medal for the 1500m freestyle.

Citing the wrath of Don Talbot as a particular motivation, the 18-year-old later told an ABC interviewer that 'before I got on the blocks for the 1500, I knew I'd won even before I dived into the pool.'

Sixteen-year-old Ilsa won a silver medal for her performance in the 4x100m freestyle relay. The Rome Games foreshadowed Australia's dominance in international swimming in years to come and confirmed the Konrads kids as sporting celebrities. 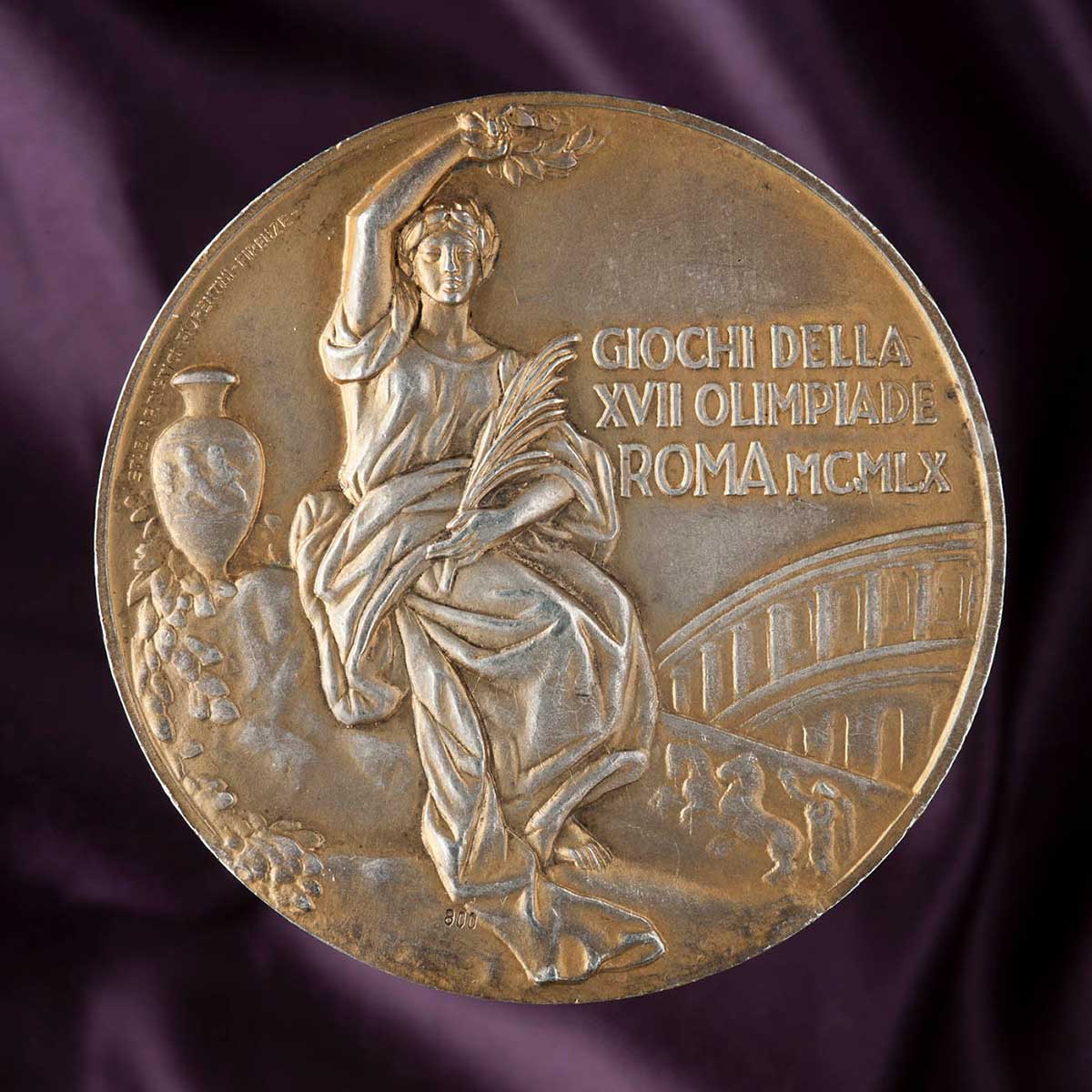 He took up a sports scholarship at the University of Southern California between 1961 and 1963. In 2005, Konrads told ABC Radio National's Peter Thompson it was 'the only way for us to capitalise on our swimming or our sport and be able to get some tangible benefit, like a university degree'.

However, he 'started enjoying Coors beer and California girls as much as my training, and went off the rails'. Konrads qualified for the Australian 4x200m freestyle relay team for the 1964 Olympic Games in Tokyo but did not compete and effectively retired from swimming that year aged 22.

Konrads had a successful business career and later worked as a swimming coach, mentor and motivational speaker.

Konrads' Olympic success had an interesting postscript. His medals, which he described during an interview with the Australian newspaper as his 'most prized possessions', were stolen from his home in 1985.

The International Olympic Committee presented Konrads with a framed set of replica medals to replace the loss.

However, 24 years later in 2009 the medals re-appeared on the collector's market after a Geelong woman attempted to sell them online. She had purchased them at a garage sale a decade earlier and did not face charges for the theft.

Sport and the National Historical Collection

The Konrads collection also includes clothing, ephemera and memorabilia relating to the 1956 and 1960 Olympic Games. It complements many other National Historical Collection objects that show Australia's continuing passion for Olympic sports.

The John Konrads collection preserves the rich material culture of Australian participation in Olympic Games and fulfils John's wish to 'offer inspiration to the youth of today to show that a migrant kid can become a world beater'.

The National Museum of Australia acquired the Konrads medals and memorabilia in 2011. John Konrads died in 2021.

John Konrads official participation medal in case, 1956 Melbourne Olympic GamesA circular bronze participation Olympic medal. The front depicts in relief a design of 18 athletes marching in pairs following a single figure bearing a banner with the Olympic rings. There is a motto of the International Olympic Committee in Latin CITIUS, ALTIUS, FORTIUS, which means "Faster, Higher, Stronger". The back depicts...