Johnny Warren (1943–2004) was a captain, coach, commentator and champion of football in Australia. In the 50 years that Warren was associated with the game, it evolved into a mainstream, international sport. 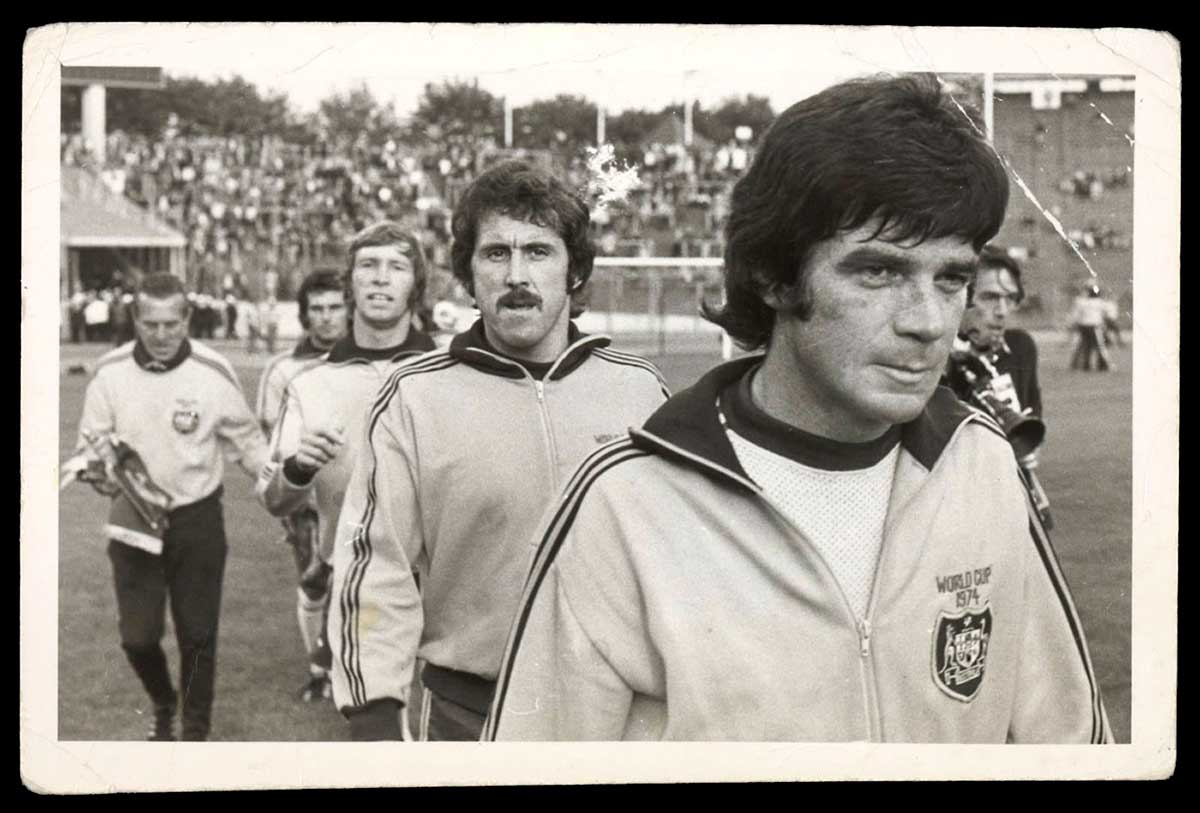 When Warren started playing football in 1948, it was called soccer by the locals and derided as a game for 'sheilas, wogs and poofters'.

It was actually English immigrants who first promoted the game in Australia, in around 1880.

Football is now part of Australia's national sporting identity and its status reinforces Johnny Warren's words, 'I told you so'.

Johnny Warren started playing club football at the age of five. His older brothers, Ross and Geoff, had to help sign Johnny's name on the Botany Methodists club registration form because he hadn't yet learnt to write.

Like most Australian kids Johnny played a range of sports at school but he was nicknamed 'Wog Warren' because he played football.

Warren, a midfielder, quickly rose through the ranks of football clubs. At the age of 16 he joined the New South Wales State League. He played for several Sydney teams, including a 10-year stint at St George-Budapest (1963–1974).

A young Australian team captained by Johnny Warren travelled to Vietnam to play in the Quoc Khanh (National Day) soccer tournament in 1967.

The team included many migrants, reflecting the growing diversity of Australian soccer.

In tough weather conditions, Australia moved through the group rounds undefeated, played South Korea in the final and won.

This was the first victory for an Australian soccer team in an international tournament.

The tournament took place during the Vietnam War and was an opportunity to play international opposition and exercise in sport as diplomacy.

Johnny Warren was part of the first Australian team to qualify for the 1974 FIFA (Fédération Internationale de Football Association) World Cup. Most Australians didn't realise what an accomplishment it was to qualify as they had never heard of the tournament.

While football had been popular in Australia before 1974, buoyed by the influx of migrants from Britain and Europe, the World Cup brought the game back into the sporting foreground. It would be another 32 years before the Socceroos qualified again.

After retiring as a professional player in 1974, Johnny Warren spent nearly 30 years coaching and promoting 'the world game'.

He believed that the strength of Australian football lay in building the skills of the next generation.

Warren visited every school in the ACT to give football demonstrations, and in NSW he ran coaching clinics with Socceroo coach Rale Rasic.

In 2004, in recognition of Warren's dedication to football, the New South Wales Government established the Johnny Warren Football Foundation to coach and develop young players. 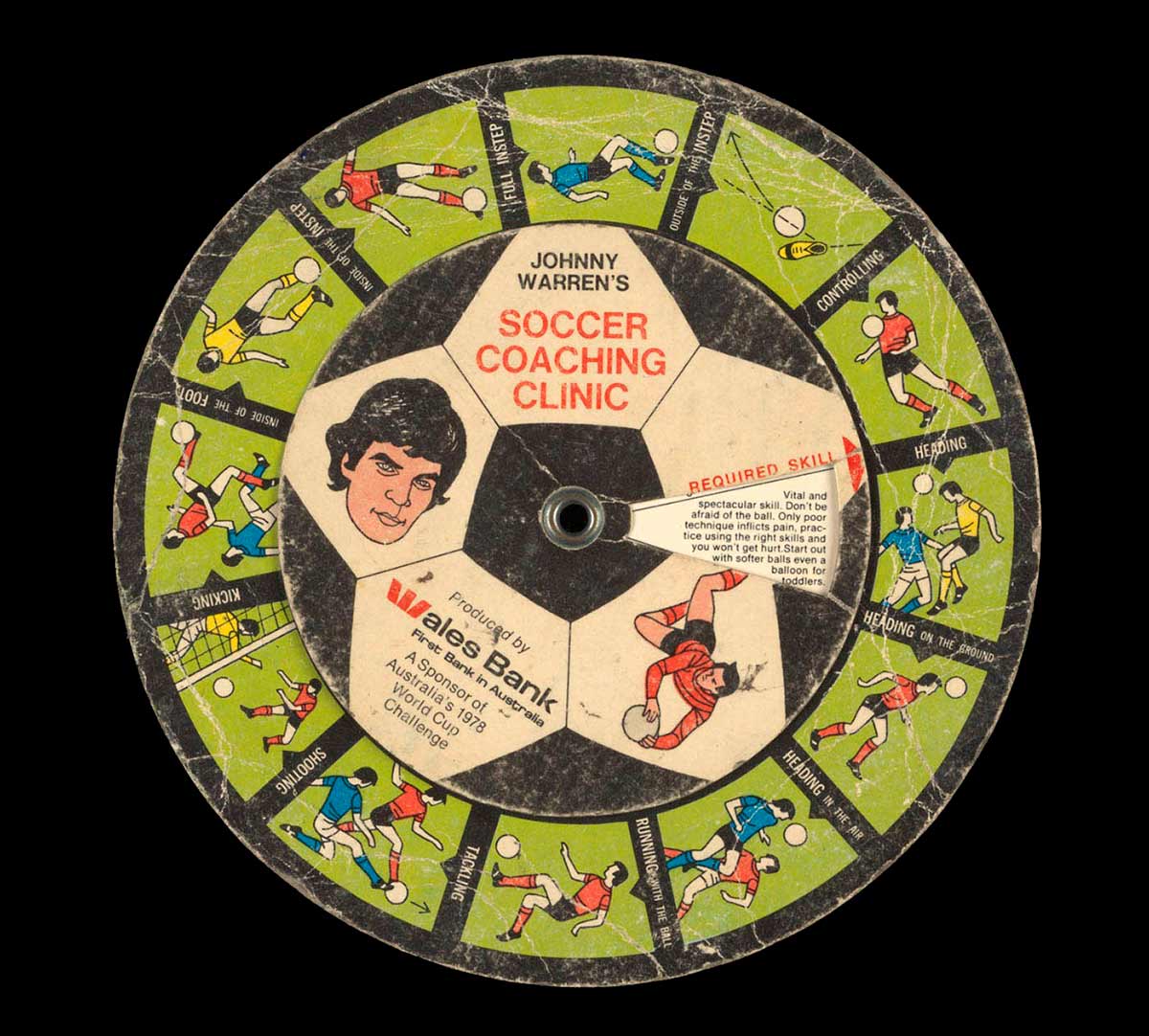 Johnny Warren championed football in Australia with missionary zeal. He believed it was a 'world game' that could unite Australians from many cultural and racial backgrounds.

Warren and Les Murray were the face of football on SBS TV and were nicknamed Mr and Mrs Soccer.

Warren commentated on national and international matches for SBS and hosted its Captain Socceroo program.

He wrote or contributed to eight books on football, including his incomplete biography Sheilas, Wogs & Poofters, first published in 2002.

Warren also wrote newspaper columns, commentated on radio and was influential in the establishment of the A-League competition in Australia.

Football was the first sport in Australia to go national, in 1977.

Johnny Warren devoted 50 years of his life to football in Australia.

When asked a few weeks before his death in 2004 what he wanted his sporting legacy to be, he said: 'I told you so'.

Warren was convinced that football would be embraced by the Australian public, that the Socceroos would one day qualify again for the FIFA World Cup (which they did in 2006 and 2010) and that the game he loved would no longer be seen as 'wog-ball'.

His dreams came true. Today, more people play football in Australia than any other code. In 2009 the most popular participation sport for boys in the 5–14 age group was outdoor football.

In 2004 Warren was awarded a FIFA Centennial Order of Merit in recognition of his dedication to football. It was one of only 100 given out worldwide.

A collection of 503 items of memorabilia was donated to the National Museum by Ross, Geoff and Jamie Warren and Sibere Rodrigues in 2005. It is now part of the National Historical Collection and many objects, including Warren's scrapbooks, can be viewed online.

The Museum paid tribute to Warren in 2010 with a pop-up display, '"I told you so": Johnny Warren and football in Australia.'

Johnny Warren's Australian tracksuit topA long sleeved yellow tracksuit jacket with a high elasticated collar and elasticated waist and cuffs, and a zipper at the front. An Australian coat of arms badge is sewn to the front, upper proper left with text above reading 'WORLD CUP / 1974'. A green stripe detail runs from shoulder to cuff along each sleeve. Text in green o...