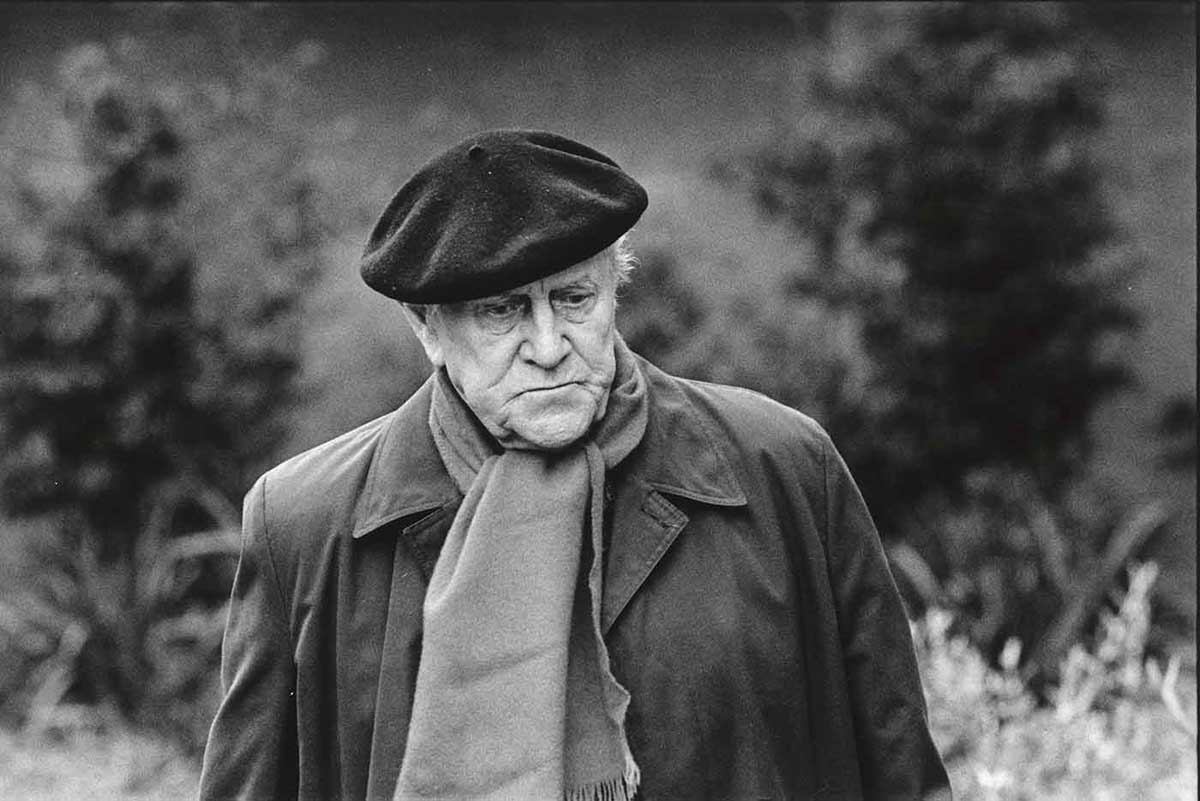 In 1973 Patrick White was awarded the Nobel Prize in Literature.

It's the country of my origins – that, I think, is what matters in the end, whether one likes it or not. Certainly, I had to experience the outside world and would have felt deprived if I didn't have that behind me. But it's from the Australian earth, Australian air, that I derive my literary, my spiritual, sustenance. Even at its most hateful, Australia is necessary to me.

Patrick White was born in London in 1912, although his family returned to Sydney when he was six months old. White’s early education was in Sydney and then at boarding school in Bowral but when he was 13 his parents enrolled him at Cheltenham College in England. It was a time White later described as, ‘a four-year prison sentence’.

White left Cheltenham at 17 and intended to stay in England and become an actor. His parents, however, insisted he return home and arranged for him to work as a stockman in the Snowy Mountains.

White returned to England in 1932 to study French and German literature at Cambridge University. After graduating, he stayed in London to write full-time.

White’s first poetry collection, The Ploughman and Other Stories, and his play, Bread and Butter Woman, were published and produced in 1935.

His first novel Happy Valley, which drew on his experiences working as a stockman, was published in 1939. Another novel The Living and the Dead followed in 1941.

White later considered these early novels to be merely formative writing and not on par with his later works.

During the Second World War, White served as an intelligence officer with the Royal Air Force in North Africa, the Middle East and Greece.

It was during this time that he met Manoly Lascaris, the man who became his life partner.

He also credited his time in the North African desert with reinvigorating his interest in the barren landscapes of Australia.

During a brief visit to Australia in 1946–47, White decided to return permanently. In 1948, he and Lascaris bought a small farm on the outskirts of Sydney where they lived for the next 18 years.

The rural landscape on the edge of Australia’s largest city provided inspiration for what White considered his more developed works, starting with The Aunt’s Story (1948) and The Tree of Man (1955).

These novels investigate how humans draw meaning from life – in the first book through the story of the aging spinster Theodora Goodman, and in the second through the struggles of a pioneer farming couple.

The Tree of Man was White’s first novel to receive international recognition, with strong reviews in London and New York.

The series that followed expanded White’s focus from a single protagonist to a range of primary characters. Voss (1957) is based on the story of German explorer Ludwig Leichhardt and a fictional relationship with a colonial spinster, Laura Trevelyan; Riders in the Chariot (1961) centres on four suburban Australians; and The Solid Mandala (1966) focuses on a pair of elderly twins.

Issues such as the power of relationships, the treatment of fellow humans and striving for higher goals were at the heart of these books, although religious mysticism and imagery now added another layer of interpretation.

Five years passed between The Solid Mandala and The Vivisector (1970), which marked another change in White’s thematic emphasis.

Hurtle Duffield, the protagonist of The Vivisector, is a painter whose artistic eye enables him to discern the truth behind appearances. White was friends with many visual artists including Roy de Maistre, Francis Bacon and Sidney Nolan and was impressed by their ability to see beyond the surface.

The Eye of the Storm (1973), told through the story of the greedy, cruel and eventually dying protagonist, Elizabeth Hunter, takes the eye as a metaphor for the universal character White believed we all possess.

A Fringe of Leaves is a work of historical fiction based around the real-life story of Eliza Fraser who in 1836 was shipwrecked off the coast of Queensland and spent six months with the local Aboriginal people, stripped of her clothes and her European identity.

The Twyborn Affair focuses on Eddie/Eudoxia/Eadith Twyborn, a character with a male body and a female consciousness. Both these novels focus on their protagonists’ demanding journeys to self-discovery.

In the 1980s White wrote one more novel, Memories of Many in One, and a successful autobiography, Flaws in the Glass. Over his career, he also had 11 plays and a screenplay produced.

In 1973 White was awarded the Nobel Prize in Literature for a body of work that the Swedish Academy described as ‘an epic and psychological narrative art which has introduced a new continent into literature’.

White had refused literature prizes in the early 1970s, including the Miles Franklin Award, but decided to accept the Nobel, although he was not healthy enough to travel to Sweden to accept it. White’s existential novels did not always achieve the same support inside Australia as overseas and as the Canberra Times reported at the time:

The most important effect of Patrick White’s Nobel Prize [in] Literature will be to convince Australians that he is a novelist of world stature.

White had a conflicted relationship with his homeland. He was disdainful of those who took no interest in the philosophical questions beyond what he described as the ‘Great Australian Emptiness’, and yet his work is entwined with the country physically and psychologically, through its settings and characters.