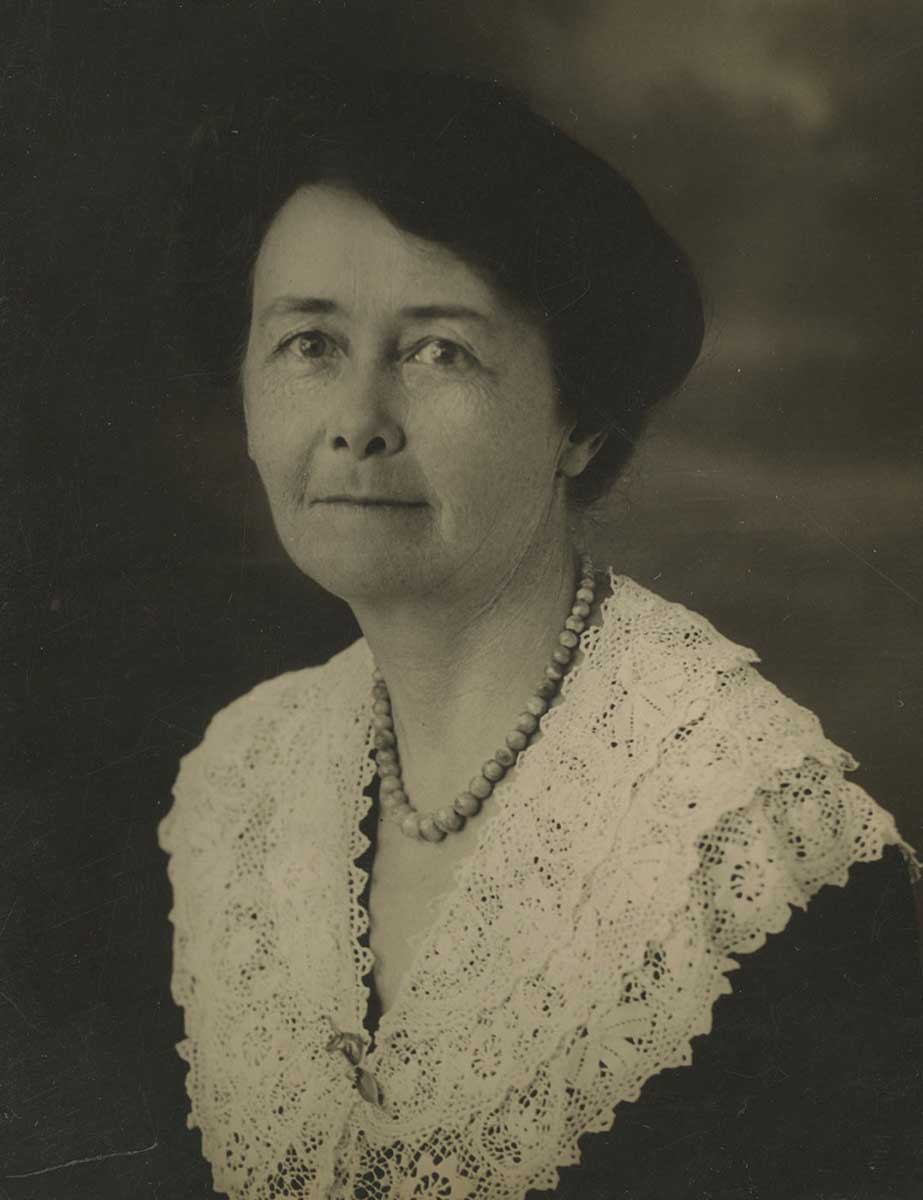 The struggle of protagonist Sybylla Melvyn to free herself from the impositions of 19th century rural life reflected the emerging women’s movement.

The book also beautifully captured the mood and spirit of the bush, and helped shape Australia’s perception of itself at a turning point in its history.

It is the very first Australian novel to be published … her book is a warm embodiment of Australian life, as tonic as bush air, as aromatic as bush trees, and as clear and honest as bush sunlight.

The 1890s was a decade of turmoil in Australia. It was characterised by depression and strikes and the worst drought since European settlement.

Social attitudes were slowly changing. Women were demanding and receiving better education, although their work prospects were still limited.

In 1894 women won the right to vote and stand for parliament in South Australia, the first jurisdiction in the world to grant this right.

The year after My Brilliant Career was published women were enfranchised at the federal level too.

Books written by young Australian women were being published with greater frequency. My Brilliant Career is the only one that lingers in the national consciousness.

Stella Maria Sarah Miles Franklin was born on 14 October 1879 at Old Talbingo, the homestead of her maternal grandmother in the Monaro region of New South Wales.

The first 10 years of her life were spent at Old Talbingo or on her parents’ property, Brindabella station near Canberra where she was educated by a private tutor. When her family was forced to move to a small, drought-ridden dairy farm near Goulburn, life became more difficult. Franklin's education suffered, but she read voraciously.

Franklin wrote the ironically titled My Brilliant Career aged 19. She completed the book in around six months, mostly in the evenings after her many farm chores were done.

She created in the rebellious and effervescent protagonist, Sybylla Melvyn, a fascinating character who was modelled closely on Franklin herself.

In 1899 Franklin submitted the manuscript to various Australian publishers, all of whom rejected it. In desperation, she sent the book to famous bush poet Henry Lawson who immediately recognised its worth. He arranged for it to be published by William Blackwood & Son in Edinburgh while on a trip to the United Kingdom.

My Brilliant Career was published in April 1901 under the male pseudonym Miles Franklin. However, Lawson, recognising that no one would be fooled, revealed the author’s true gender in the preface:

I hadn’t read three pages when I saw what you will no doubt see at once – that the story had been written by a girl. And as I went on I saw that the work was Australian – born of the bush … the descriptions of bush life and scenery came startlingly, painfully real to me, and I know that,

The publication of My Brilliant Career changed Franklin’s life. When copies reached Australia in September 1901, she was 21 and still living with her parents on their struggling farm.

On publication, Franklin travelled to Sydney where she met poet AB ‘Banjo’ Paterson, and Joseph Furphy, the author of Such is Life. She also met social reformer Rose Scott and Melbourne suffragist Vida Goldstein.

The timing of My Brilliant Career’s publication was crucial to its success. The book powerfully resonated with an Australia growing more confident in its identity, and with young women who had witnessed some political change but still felt frustrated with their lack of social and economic prospects.

Though clearly a first novel, My Brilliant Career is consistently well written, compelling, passionate and immensely readable. It captures the vernacular and mood of rural Australian life at that time. Franklin received many letters from young women who identified with Sybelle’s frustrations.

Her voice in My Brilliant Career was a clarion call: 'It came home to me as a great blow that it was only men who could take the world by its ears and conquer their fate, while women, metaphorically speaking, were forced to sit with tied hands and patiently suffer as the waves of fate tossed them hither and thither, battering and bruising without mercy.'

The success of My Brilliant Career did not make it easier for Franklin to get published in Australia. Nor did it make her rich.

Though it was often reprinted it only sold about 1,000 copies a year, mostly in Australia where colonial royalties were much less than those she received from United Kingdom sales. When Franklin withdrew the book from publication in 1910 it had only earned her £24.

Franklin decided to leave Australia in 1906 and spent the next 20 years mainly in America and Britain writing, publishing and advancing the rights of women through her work with organisations such as the National Women’s Trade Union League in the United States and the National Housing and Town Planning Council in London. During the First World War she served as a nurse in the Balkans.

Franklin published 19 books in her life, among them the moderately successful Up the Country and All That Swagger. She is chiefly remembered for My Brilliant Career. Franklin died in 1954, bequeathing nearly £9,000 to establish the prestigious literary award that bears her name.

Franklin was a feminist when the word did not exist. My Brilliant Career was finally reissued in 1966 as modern feminism was emerging. It has been in print ever since. The book’s popularity was bolstered by the Gillian Armstrong-directed film adaptation released in 1979, at a time when Australia was again debating its cultural identity.

Jennifer Byrne, ‘The Despair of the Household’, introduction to edition of My Brilliant Career, Text Publishing, 2012.