1965: Menzies commits Australian troops to the conflict in Vietnam 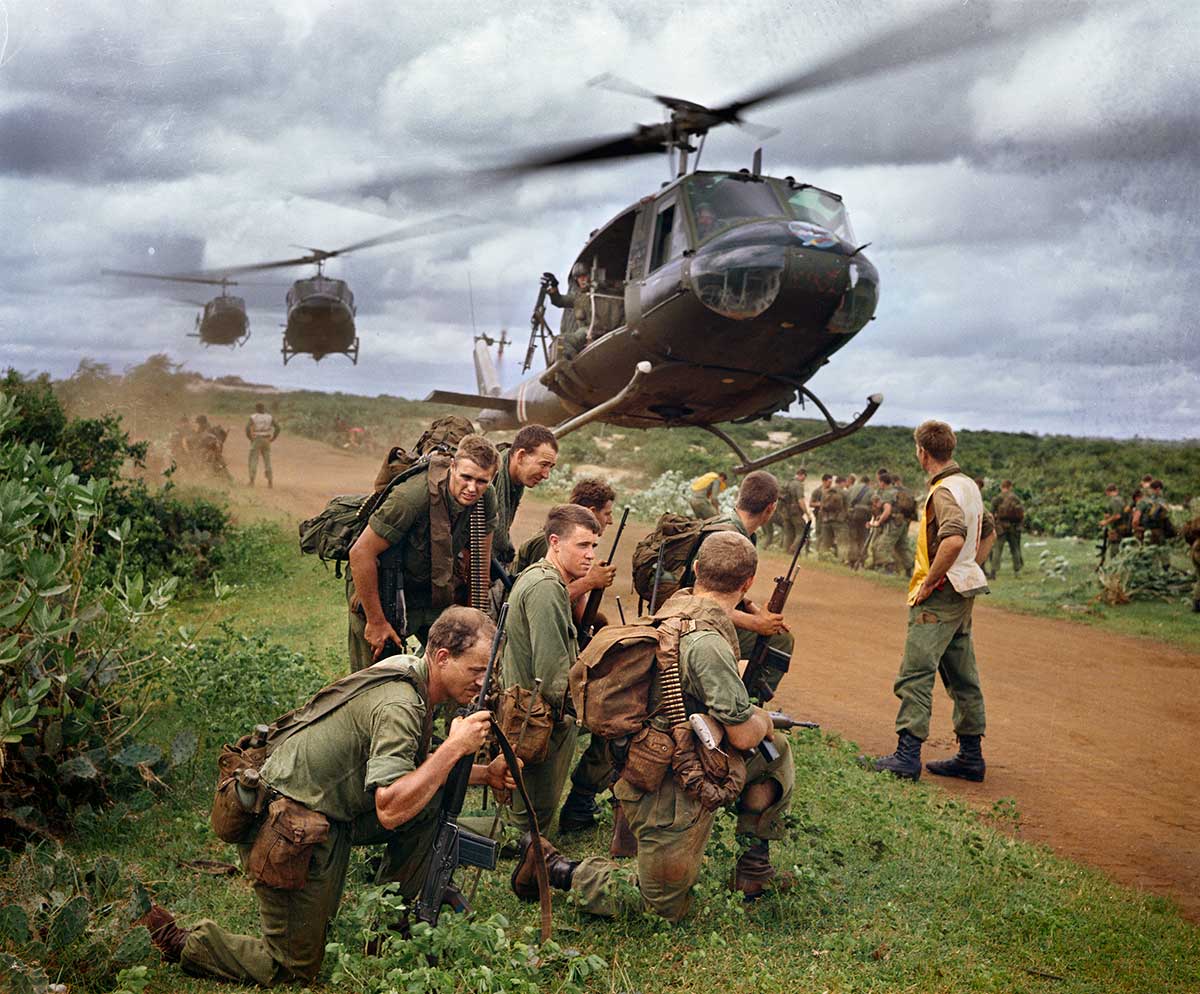 On 29 April 1965 Prime Minister Robert Menzies announced in parliament that Australia would send a battalion of combat troops to Vietnam.

The decision was motivated by a desire to strengthen strategic relations with the United States and to halt the spread of communism in South-East Asia.

It is our judgement that the decision to commit a battalion in South Vietnam represents the most useful additional contribution we can make to the defence of the region at this time. The takeover of South Vietnam would be a direct military threat to Australia and all the countries of South and South East Asia. It must be seen as part of a thrust by Communist China between the Indian and Pacific Oceans. 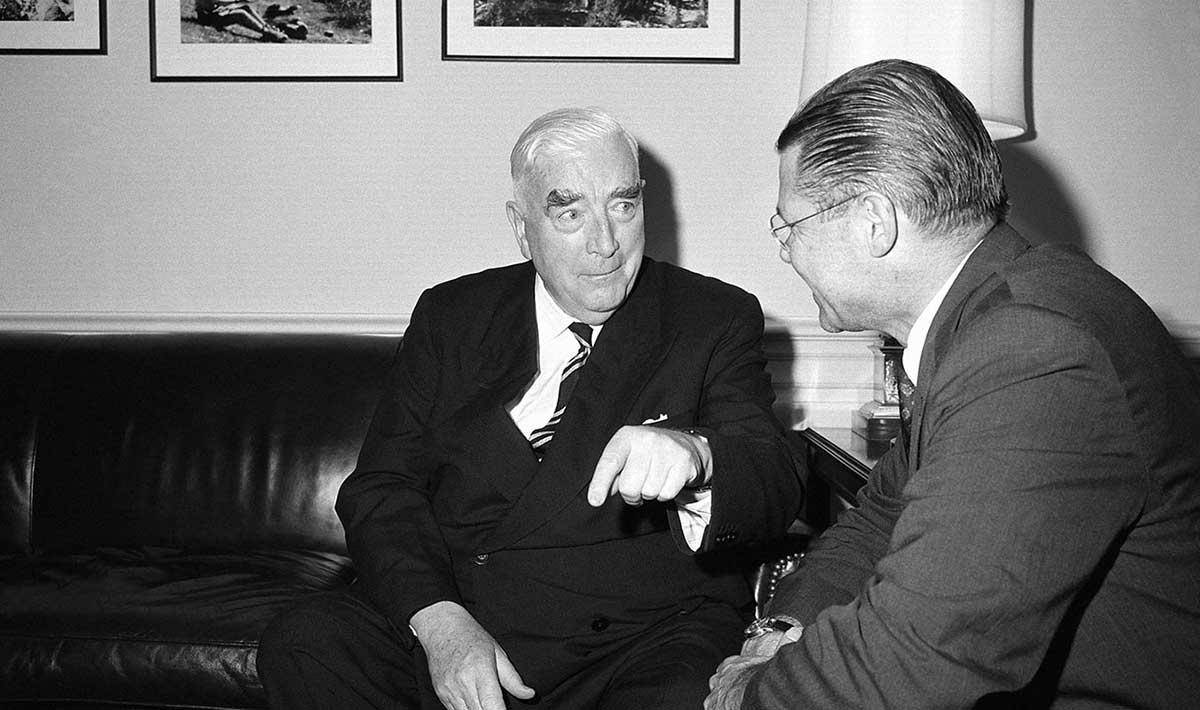 Origins of the Vietnam War

During the Second World War Japan invaded the French colonies of Vietnam, Laos and Cambodia. In 1945 the French returned, but Ho Chi Minh, leader of the Vietnamese Communist Party, saw an opportunity for his country to become independent. A bitter war ensued that ended with the French being defeated in 1954.

The Geneva Accords peace agreement in July that year saw the country divided between the communist north and a quasi-democratic (though corrupt and dictatorial) south.

In 1956 North Vietnam began trying to seize control of the south. From the late 1950s, the United States committed troops to help South Vietnam defend itself, rapidly escalating its deployments under the Kennedy and Johnson administrations through the early and mid-1960s.

This was motivated by US concerns about the so-called ‘Domino Effect’, which held that if North Vietnam defeated the South, communism would spread across all of South-East Asia.

In 1962 the United States asked Australia to send military advisers to Vietnam as a way of making the war against North Vietnam appear more international. The Menzies government readily agreed.

The United States, Australia and New Zealand had signed the ANZUS treaty in 1951. Menzies hoped that by Australia sending advisers to Vietnam, America would be more inclined to provide support should other South-East Asian countries, such as Indonesia, threaten Australia more directly. He also hoped (in vain) that it would improve trade between Australia and the US.

The Australian Army appointed one of its jungle warfare experts, Colonel Francis ‘Ted’ Serong, to establish an elite unit of jungle warfare and counter-insurgency experts. Known as the Australian Army Training Team Vietnam (AATTV), its first 30 members were deployed to Vietnam in mid-1962. They were dispersed around the country and though they were supposed to be non-combatant advisors they quickly found themselves having to lead by example in combat situations. 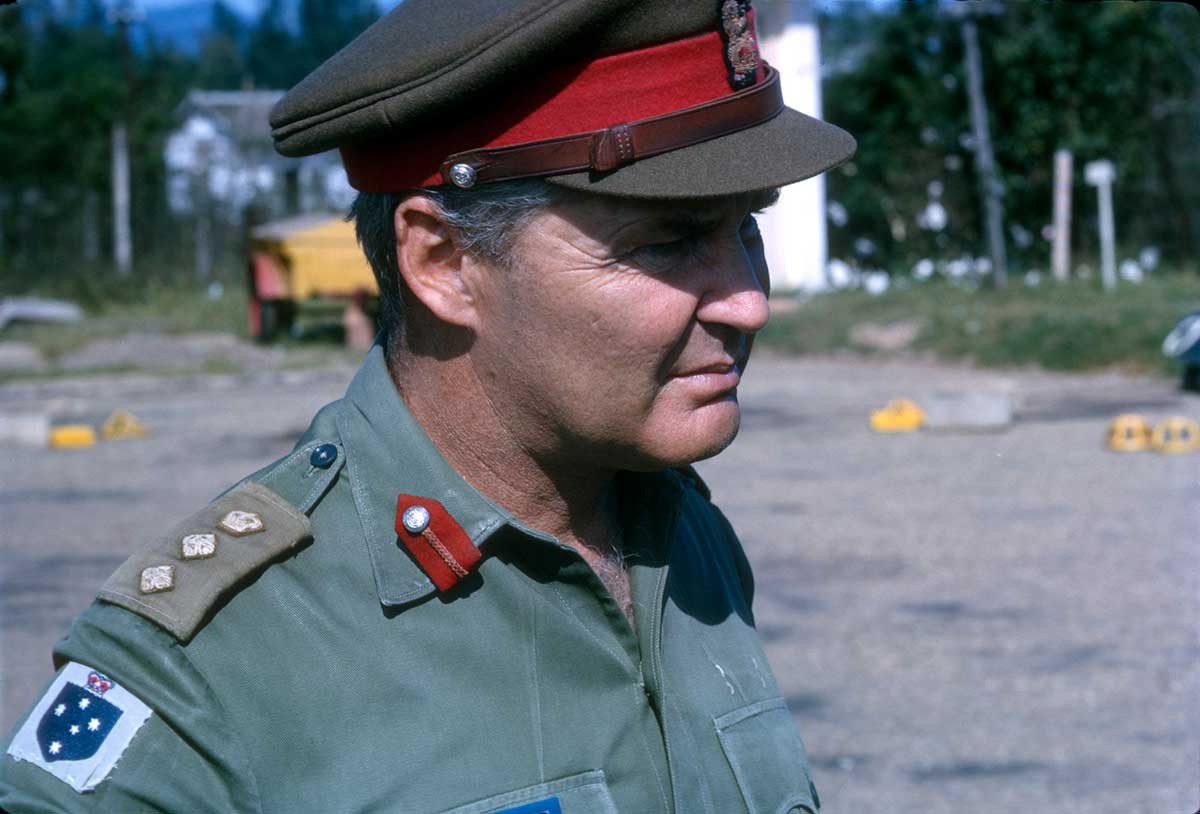 In early 1965 the United States drastically increased its military commitment to Vietnam, as it was becoming clear that the South Vietnamese Army was unable to provide sufficient resistance to the communist forces.

On 7 April Menzies and his External Affairs Minister Paul Hasluck persuaded the rest of the Liberal Party Cabinet that it was necessary to upgrade Australia’s commitment.

The United States had made informal overtures to Australia asking for more support and it was the view of Menzies that to strengthen the alliance and help stop the spread of communism, it was necessary to deploy an infantry battalion (about 800 men).

Menzies had foreseen the need to send combat troops well before April 1965. In November of the previous year he had brought in the National Service Scheme, which allowed for young men to be conscripted for Vietnam.

The Department of Defence advised against committing troops on the basis that neither North Vietnam nor China (which was backing North Vietnam) posed a real threat to Australia. Menzies ignored this advice. But he faced a problem.

As evidenced in several diplomatic cables, Australia’s ambassador to South Vietnam was instructed to pressure Quat. Three hours before Menzies was due to make the announcement in parliament, the Prime Minister received word from his ambassador that Quat had finally given a verbal agreement for the despatch of Australia troops. He had also agreed that this be framed as a request from Saigon. 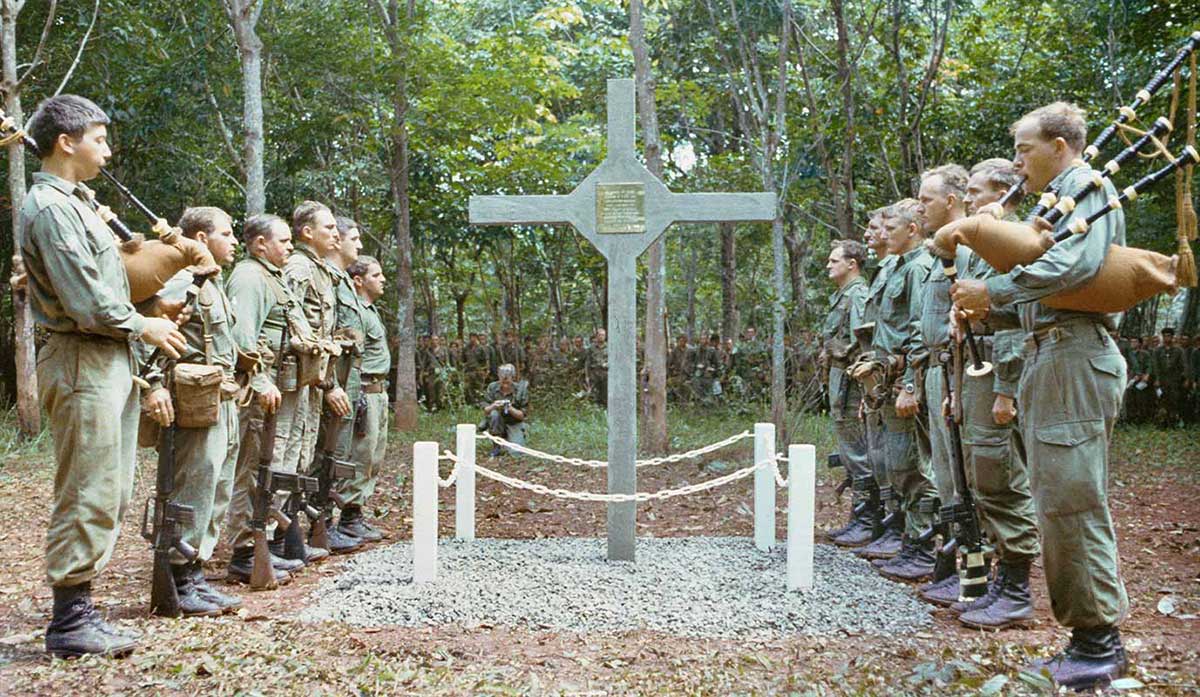 Late in the evening of 29 April 1965 Menzies stood up in the half-empty House of Representatives and announced that Australia would soon send an infantry battalion to Vietnam. He somewhat misled parliament by implying that he was sending the battalion because the South Vietnamese Government had asked him to do so. In fact, they hadn’t. Nor had the United States, formally.

But by claiming that a beleaguered South Vietnam had asked for Australian involvement, Menzies was able to imbue the deployment with moral legitimacy.

Both the Opposition Leader Arthur Calwell and his deputy Gough Whitlam were not present when Menzies made the announcement. Later Calwell expressed his opposition to the deployment, correctly predicting the war would escalate and lead to young men conscripted under the National Service Scheme being sent to Vietnam.

The extent of the AATTV’s combat involvement had been kept from the Australian public, so the deployment of a battalion meant that Australia was effectively at war. However, most people and most of the press supported the decision.

A fortnight after the announcement, a Morgan Gallup Poll found that 64 per cent of people believed that communism would overrun South-East Asia if left unchecked.

At a press conference Holt declared that Australia was ‘a staunch friend that will be all the way with LBJ’. He subsequently committed a further 1700 defence force personnel to Vietnam.

When Australia’s military commitment peaked in 1969, there were more than 7,000 Australian troops deployed in Vietnam.

Public support for the war began to collapse in the late 1960s as it became obvious that the United States and its allies were not going to win. This opposition culminated in the Moratoriums of 1970 and 1971.

The Vietnam War was the longest 20th-century conflict in which Australians fought, and the first without Britain as an ally. About 52,000 Australians served in Vietnam, with 521 killed and more than 3,000 wounded.

Those who returned to Australia were often given a hostile reception by a public that chose to blame the soldiers (a third of whom were conscripted), rather than the government. This has had lasting consequences for Vietnam veterans, many of whom were already suffering psychological trauma from their experiences in combat.

About 60,000 Americans, 224,000 South Vietnamese and 1.3 million North Vietnamese soldiers and Viet Cong were also killed. Some 4 million Vietnamese civilians died in the war.