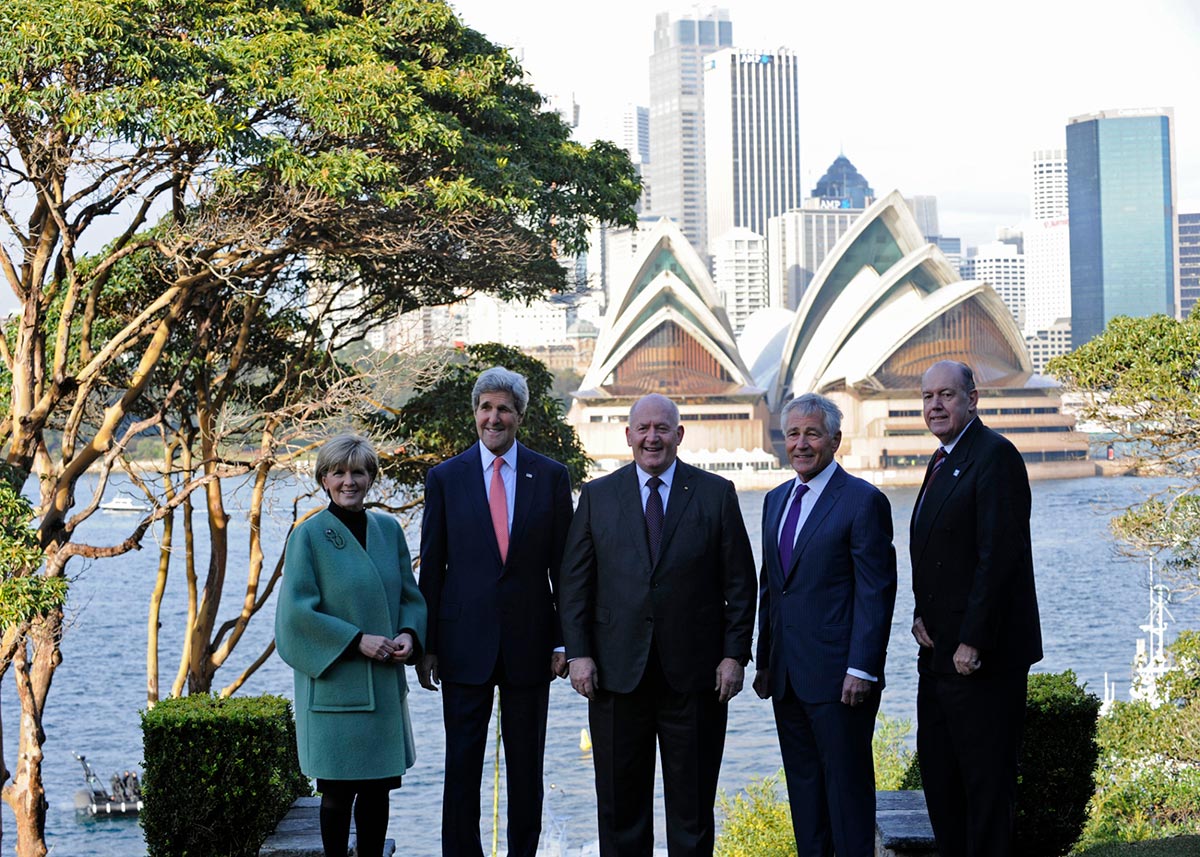 Signed on 1 September 1951, the Security Treaty between Australia, New Zealand and the United States of America (ANZUS) has been in operation for more than 60 years.

Undertaken to ensure peace and safety in the Pacific region, the treaty requires signatories to consult in relation to any perceived threats to involved nations and to act to meet common dangers.

While there have been discussions about the ongoing implementation and relevance of ANZUS, Australia still maintains close security relationships with both the United States and New Zealand.

The parties to this treaty … desiring to strengthen the fabric of peace in the Pacific Area … declare publicly and formally their sense of unity, so that no potential aggressor could be under the illusion that any of them stand alone.

In the wake of the Second World War and facing the rise of communism in China and Korea, Australia and New Zealand became concerned about the political situation in the Pacific region.

The Australian Government was worried that with America, Britain and a number of other European countries forming the North Atlantic Treaty Organization (NATO) in 1949, Australia’s main allies would focus on European interests to the detriment of the security of the Pacific.

Both Australia and New Zealand felt that to achieve ongoing security and peace in the region, they needed to partner with the United States.

Despite Japan’s status as an Allied enemy during the war, in the late 1940s and very early 1950s the United States was looking to rearm the nation to allow it to assist in preventing the spread of communism. Australia was wary of this approach, especially in light of the Japanese attacks on Australian soil during the war.

This situation did however present an opportunity. Australia and New Zealand indicated they would support Japan’s rearmament, but only with agreement from the United States that it would assist them in the face of any hostility from another power. Australia and New Zealand proposed the ANZUS Treaty  and the United States eventually accepted despite some initial reluctance.

The negotiation of ANZUS was the first instance of Australia forming a political alliance without the involvement of Britain, causing some tension with ‘the motherland’. Britain believed that, as the head of the Commonwealth, it should be included. While it actively campaigned to become a joint signatory to the treaty however, the US, Australia and New Zealand refused to be moved on the issue.

Signed in San Francisco on 1 September 1951, the treaty came into force on 29 April 1952 and was designed to remain so indefinitely. 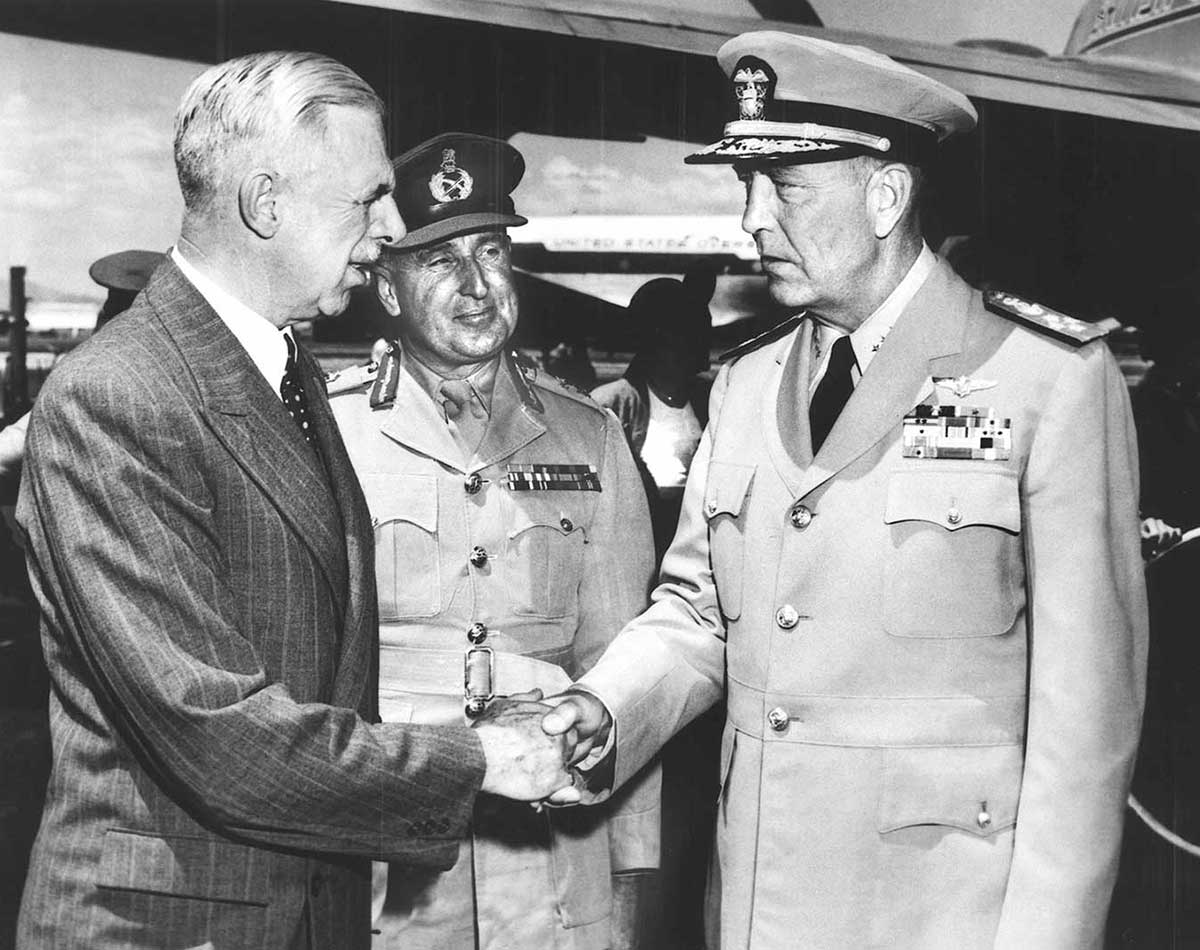 The treaty itself has eleven articles that outline the commitments of Australia, New Zealand and the United States to one another. It requires each nation to ‘consult together whenever in the opinion of any of them the territorial integrity, political independence or security of any of the Parties is threatened in the Pacific’ and ‘act to meet the common danger in accordance with its constitutional processes’.

The treaty also established a Council that is responsible for discussing such threats and appropriate responses.

The treaty does not specifically require Australia, New Zealand or the United States to provide military support to the other member states. ‘Acts to meet the common danger’ include the supply of resources or diplomatic involvement as well as armed intervention if necessary.

Despite being in operation for more than 60 years, the ANZUS treaty has only been formally invoked once. Then Australian Prime Minister John Howard did this in 2001 as a response to the September 11 terrorist attacks in New York and Washington, leading to Australia’s involvement in the United States led ‘War on Terror’.

Australia’s commitment to other US-led causes such as the Vietnam War, while not formalised under ANZUS, have been linked to the treaty. Many political commentators suggested that Australia’s strong involvement in Vietnam was a means of proving our usefulness to the alliance, demonstrating Australian loyalty should we need US support in the future.

The ANZUS alliance has occasionally experienced difficulties. Australia has sometimes expressed disappointment at the minimal support received from the United States, especially during the Konfrontasi conflict in Indonesia and Malaysia in the early 1960s.

There has also been ongoing discussion about the contemporary relevance of an alliance that was created in a 1950s Cold War environment. Another pressure on the alliance is the fact that since the early 1980s the United States has effectively absolved itself of any obligation to New Zealand when the latter became a nuclear-free country and refused entry to its ports by potentially nuclear-capable US warships.

Nonetheless, the basic sentiment of the ANZUS alliance is still responsible for a number of current security-related activities between Australia and the United States, including:

Australia has also continued to develop its regional relationship with New Zealand on a number of levels, collaborating on important peacekeeping missions including those in Timor Leste and the Solomon Islands, and undertaking joint military training and activities on a regular basis.

More information on AUSMIN, Department of Foreign Affairs and Trade