Stream anchor from the Investigator

Matthew Flinders was a proficient musician and his flute accompanied him on his journeys. Flinders’ journal references what he was practising on the flute at the time and who he played with.

This joyous piece captures Flinders’ passion for music and combines it with the experience of cutting the last anchor from the Investigator to survive. Good fortune prevailed.

The work includes a direct musical quote from a piece Flinders is known to have played: the Trio from Ignaz Pleyel’s Sonatina No. 2 for Keyboard with Violin Accompaniment. It then veers into a modern and groove-based work that is fun and optimistic. It symbolises the favourable conditions Flinders encountered when delivering the Investigator back to safety. 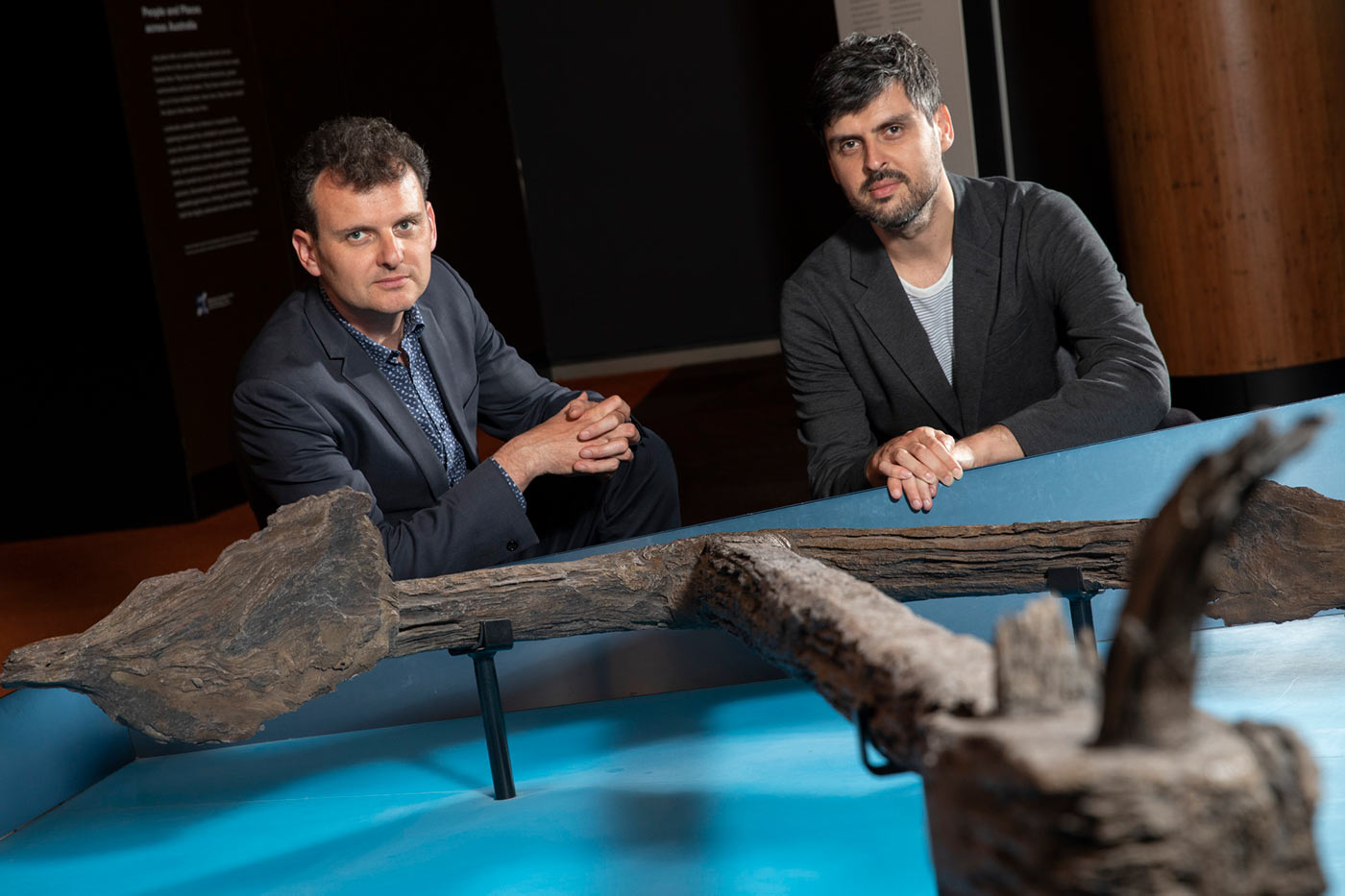 Slava and Leonard with the Investigator's anchor

On 18 July 1801, Matthew Flinders set sail in the Investigator to explore and chart the Australian coastline. Returning via Timor down the West Australian coast in a badly leaking vessel and with cases of dysentery and fever aboard, Flinders stopped at Middle Island in the Recherche Archipelago in May 1803 to rest his crew and replenish supplies.

After four days catching geese and boiling down seals for oil, Flinders and his crew made ready to leave. A strong breeze blew up and Flinders let down his stream and best bower anchors to prevent his ship from being blown onto rocks. Suddenly the wind changed and he had to cut both anchors free to avoid shipwreck.

In 1969, after years of research, maritime historian Robert Sexton believed he had identified where the anchors lay. In a recovery mission led by Doug Seton, the anchors were raised by the Cape Don lighthouse ship, after 170 years in the water.

This anchor highlights one of the stellar voyages of discovery and Flinders’ naming of Australia. By circumnavigating the continent, he confirmed its island status after many years of conjecture and uncertainty.

A Fortunate Wind on ABC Classic

Steam anchor from the Investigator up close 03:38

Stream anchor from Matthew Flinders' ship the 'Investigator'This stream anchor was cut away from HMS 'Investigator' in the Recherche Archipelago in May 1803 during Matthew Flinders' circumnavigation of Australia. The anchor was recovered from Goose Island Bay in 1973. The Recherche Archipelago is a group of hundreds of islands and rocky outcrops in dangerous waters off the south coast...
On display