Reflecting on the long history of Aboriginal and Torres Strait Islander activism in Australia, this work represents the idea that while things change, the pace of this change is slow. Musically the work is repetitive, with little movement. It builds to almost a yell or a scream to reflect a sense of frustration at the lack of meaningful change.

A protest placard used at the Aboriginal Tent Embassy in Canberra and how it inspired the Grigoryan Brothers composition. Courtesy ABC Classic
Open player in a new tab
Presenters: Slava and Leonard Grigoryan with Margo Neale and Alice Keath
Tags:
00:00 / 9:24 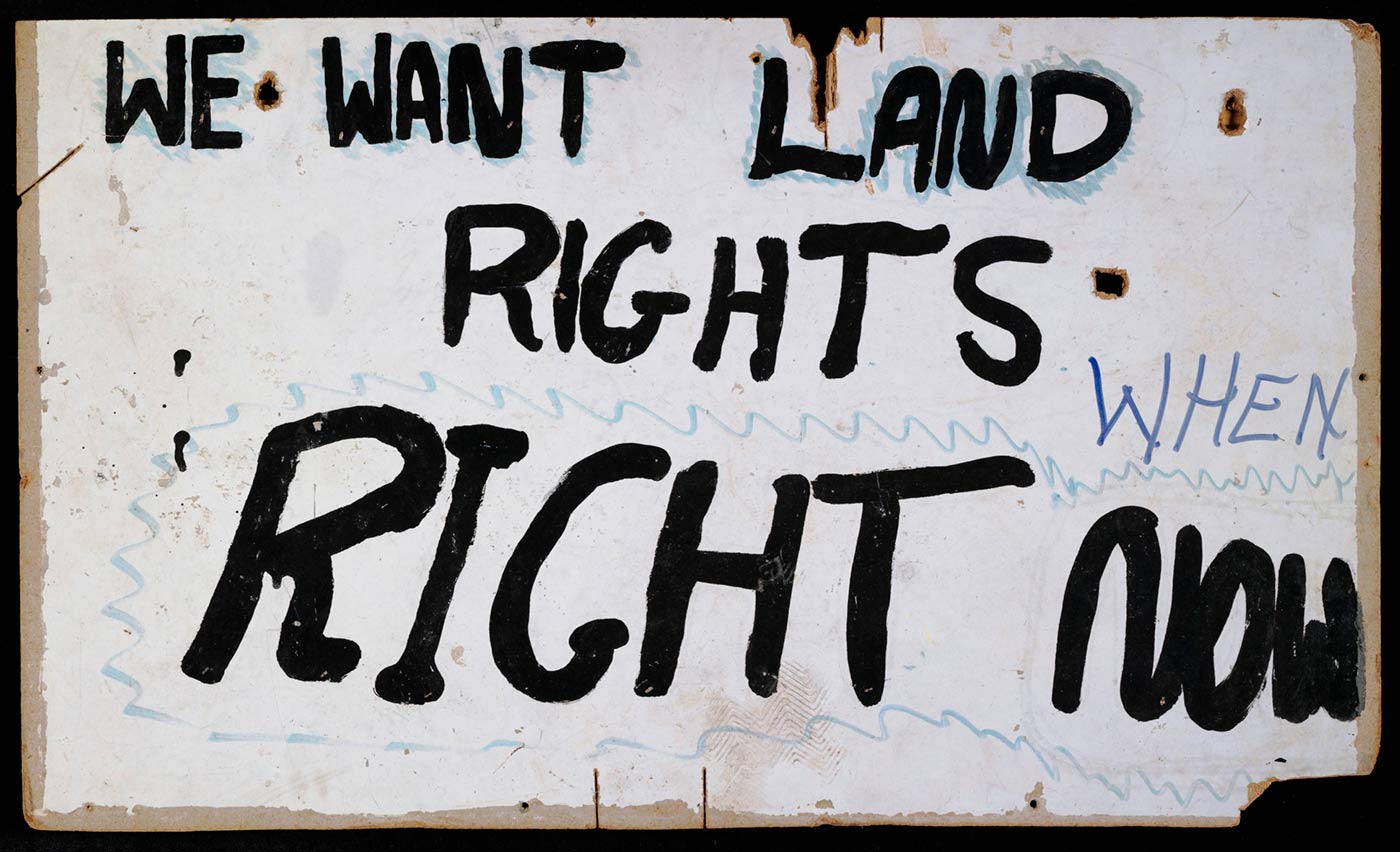 In December 1976 the federal parliament passed the Aboriginal Land Rights (Northern Territory) Act. It was the first legislation in Australia that enabled First Nations people to claim rights for land where traditional ownership could be proven.

The Aboriginal Tent Embassy, in front of Old Parliament House in Canberra, was founded by activists from New South Wales in 1972 to further the land rights cause. Originally established under a beach umbrella, a tent was donated, and the embassy quickly drew hundreds of supporters.

Carrying placards like this one, groups from the embassy went on marches, lobbied government and spoke at community forums to keep the issue of land rights front and centre in local and national debates.

Take a deep dive into the years from the late 1950s to the early 1970s, a time of unusual collaboration between black and white activists in Australia.

'We Want Land Rights Right Now', sign - used at the Aboriginal Tent Embassy, Canberra, 1972A political activist's placard. The text 'WE WANT LAND / RIGHTS / RIGHT NOW' has been painted in black paint on a rectangular masonite board, with a painted white background. 'WHEN' has been added in purple felt pen. 'WE WANT LAND' has a light blue wavy line border in felt pen. 'RIGHT NOW' is enclircled by a wavy blue line in fe...
On display