This composition captures the duality of Rottnest Island. It is a beautiful holiday destination that many Western Australians travel to each summer, yet so few people know about its dark past.

A yellow Swansea bicycle used by Darrell Hick on Rottnest Island and how it inspired the Grigoryan Brothers composition. Courtesy ABC Classic
Open player in a new tab
Presenters: Slava and Leonard Grigoryan with Margo Neale and Alice Keath
Tags:
00:00 / 9:17

The piece is technically complex. It is lively in the beginning, representing Darrell Hick tearing around the island on his bike. At the same time there is an undercurrent of the island’s lesser-known past. The music suggests a foreboding and something that is dangerous and painful. 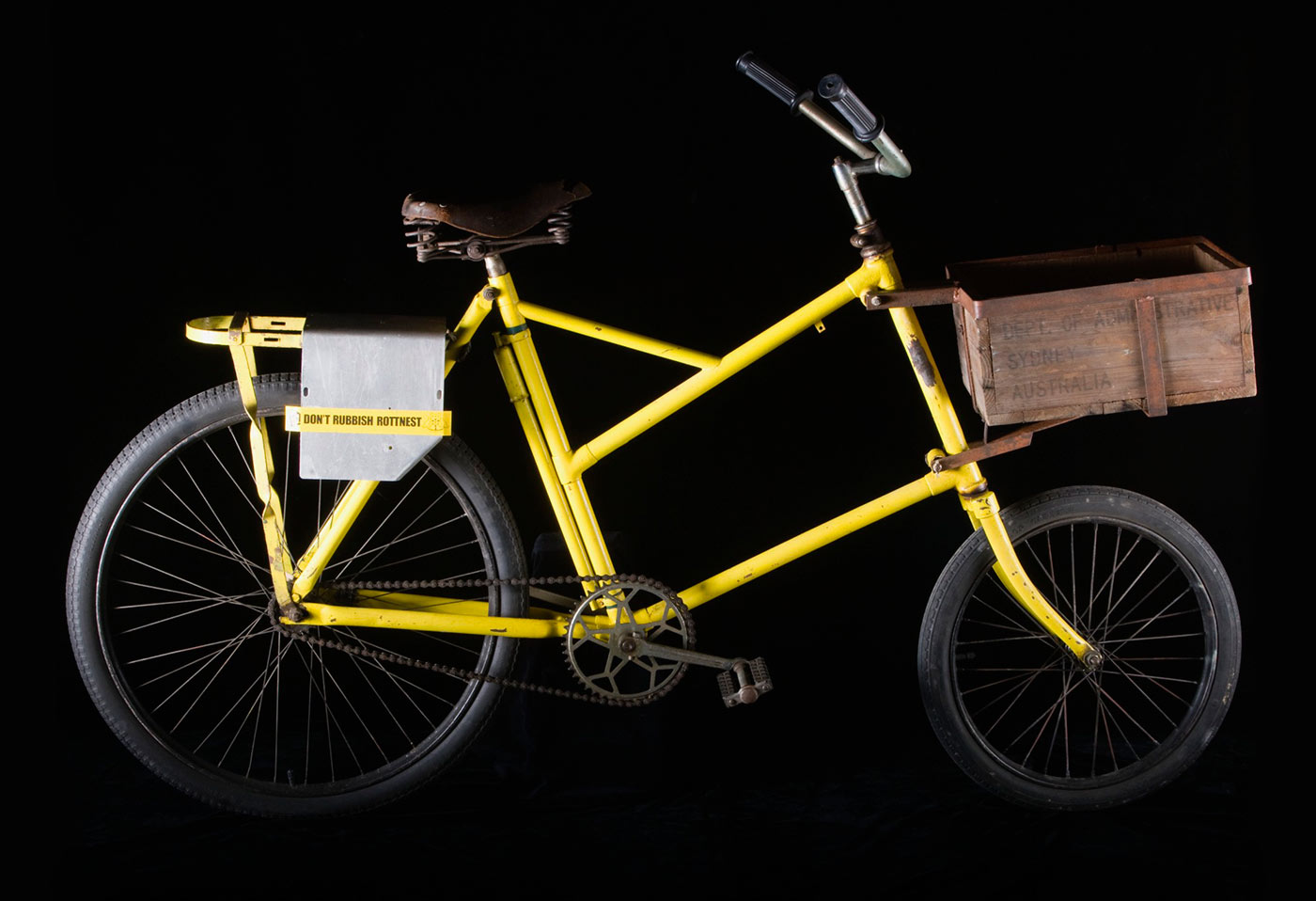 This yellow Swansea bicycle belonged to Darrell Hick, who used it on holiday trips to Rottnest, a popular island getaway off the Western Australian coast near Fremantle.

Darrell bought the bike, a heavy yellow cruiser with no gears, at a garage sale in the 1970s. It soon earned the nickname ‘Hernia’, as it made heavy work of the island’s rolling terrain. He described bearing scars from a quokka, a wallaby species synonymous with the island, getting caught under the pedals.

Devoted to recreational use from the 1900s, Rottnest has become an iconic location for generations of Western Australians. But from 1838 to 1904 the island was the site of a prison in which Aboriginal men and boys from across Western Australia were incarcerated. Unbeknown to many holidaymakers, the popular camping area of Tentland (now closed) was sited on a burial ground for those who perished in the brutal, overcrowded and disease-ridden facility.

VK2 Velokraft recumbent bicycle used by Peter HealThe recumbent used by Peter Heal to break the trans-Australia and around Australia cycling records in 2009 and 2010. In 2009 Heal pedaled this bike from Fremantle, Western Australia, to Sydney, New South Wales, in 11 days, 17 hours and eight minutes, breaking the record for a solo and unsupported crossing of continent by more th...