This piece captures a common experience of mid-20th-century Australia. It references the reality of many European migrants who had two homes – one in Europe, the other in Australia.

These two homes and the vast distance between them are represented by the choice of instruments – an electric guitar played by Slava and a classical guitar played by Leonard. There is a sense of heartfelt yearning and loneliness, drawing on the emotions commonly experienced by those who, despite the opportunity they sought, missed the country of their birth.

European migration is a huge and significant aspect of Australia’s story and this composition represents that.

Carmelo Mirabelli bought this apron to pick stone fruit in Shepparton, Victoria. Leaving behind an impoverished life in Sicily when he immigrated to Australia in 1951, he spent 6 years following the seasonal harvests of sugar cane in Queensland and stone fruit and grapes in Victoria.

Mirabelli could carry about 18 kilograms of fruit in the apron. In Sicily, he had picked fruit as a child to help support his family and he used the same techniques to become one of the fastest fruit-pickers in Shepparton.

After moving to Melbourne to work on the waterfront, Mirabelli followed Sicilian tradition by marrying a woman from his home town by proxy. He intended to return to Italy, but built a house in Melbourne, and lived there with his wife, Sandra, and their two children. Finally, in 1971, he returned to Sicily to visit. 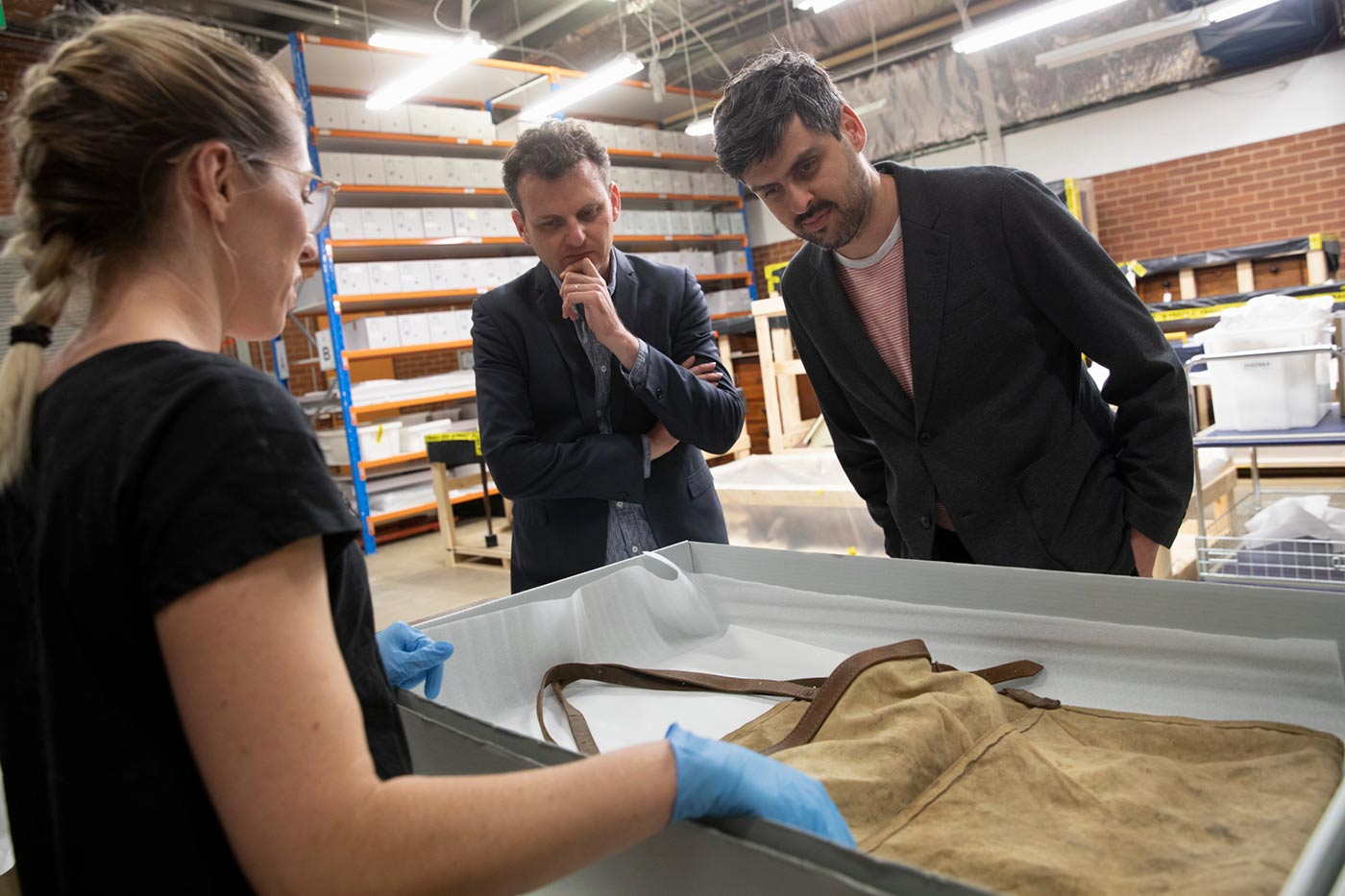 Slava and Leonard with the apron

Fruit picking apronA canvas fruit picking apron featuring leather straps with metal buckles. The canvas of the apron is white but has discoloured from use. The front section is slightly higher than the back section and the top front corners of the apron are folded into triangles to provide the leather straps with an anchor point. One strap is atta...