From the vault – sporting achievements

Australians have always excelled at sporting competitions. From Edwin Flack, Australia’s first Olympian in 1896, to Ash Barty’s win at the 2021 Wimbledon Championships – sporting events are an integral part of our culture and national identity.

Evonne Goolagong Cawley is one of Australia’s most successful tennis players. She won the Australian Open 4 times, the French Open once and Wimbledon twice.

Until the early 1970s tennis tournaments maintained strict dress regulations and it was mandatory for tennis outfits to be all white, although coloured trim was allowed.

Goolagong Cawley's outfits for the 1971 Wimbledon Championships were designed by Ted Tinling. Between 1952 and 1961 Tinling dressed every female Wimbledon champion and, in 1973, the winner of every major women's tournament wore a Tinling outfit.

After Goolagong had won several minor tournaments in England in 1970, Tinling approached her coach, Vic Edwards, and offered to design an outfit for her to wear at Wimbledon. Goolagong wore this dress during her 1971 Wimbledon Championships campaign where she won the Ladies' Singles.

Edwin Flack was an accountant and Australasian champion runner who chose to run in the 800 and 1500-metre races, but he also submitted his name for the marathon event.

It took 6 days by train and ship for Flack to reach Athens. When he reached Greece on 1 April he was suffering from seasickness and was quite weak.

Flack won gold medals for the both the 800 and 1500-metre races. Flack collapsed from exhaustion during the marathon and was taken by carriage to the finish line. Flack also competed in tennis. He paired with his English friend and roommate George Robertson to win the bronze medal in the doubles. 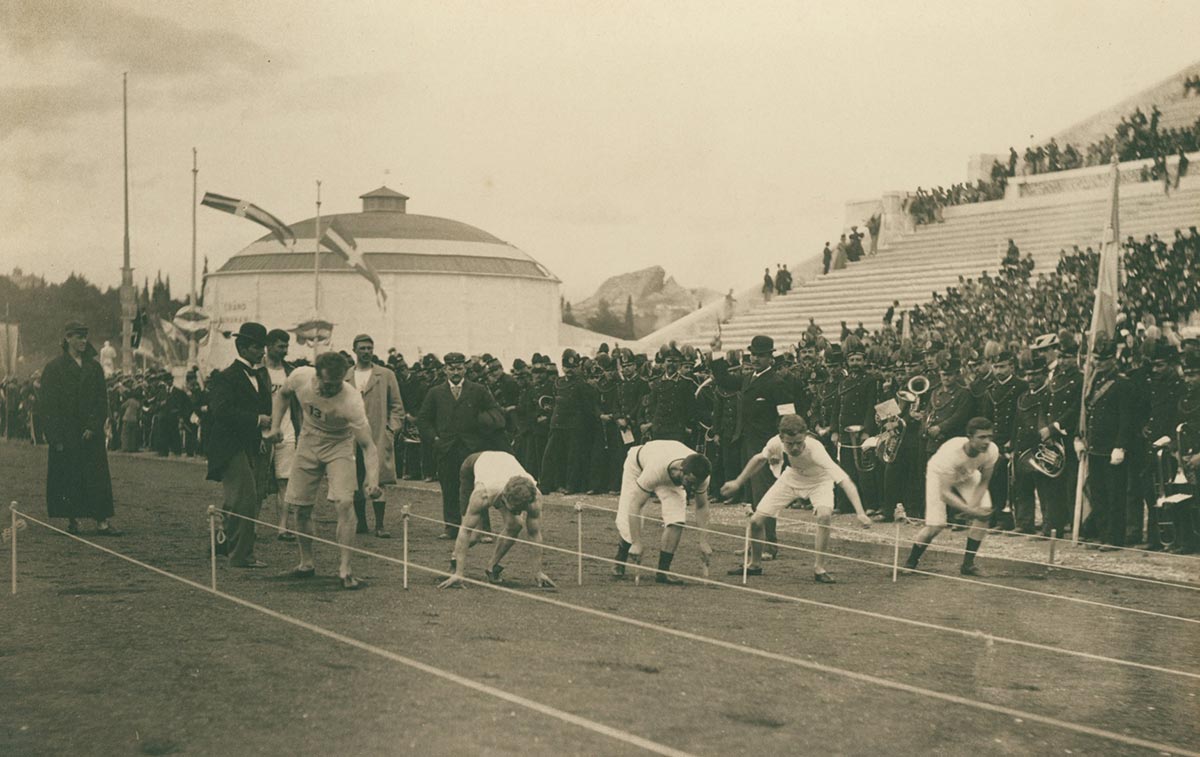 This audio on demand program features a discussion about Australia’s love of sport, what that love says about us a nation, questions how it has shaped our culture and whether sport is a vehicle for social change.

A discussion about what Australia’s love of sport says about us a nation, how it has shaped our culture and whether sport is a vehicle for social change. Part of the Defining Moments in Australian History project.
Open player in a new tab
Presenters: Louise Burrows, John Harms, Chris Sarra, Sally Shipard and Christian Sprenger with Paul Barclay
Tags:
00:00 / 88:01

Federation Cup tennis trophy, won by M Court, E Goolagong, and L Hunt in 1971This miniature Federation Cup trophy was presented to Evonne Goolagong following the Australian team's success in 1971. The Federation Cup is the womens' equivalent of the Davis Cup, with national teams competing against each other in an annual tournament. The Davis Cup was first held in 1900 but it took considerably longer for ...