The story behind the Canning Stock Route project (part six) 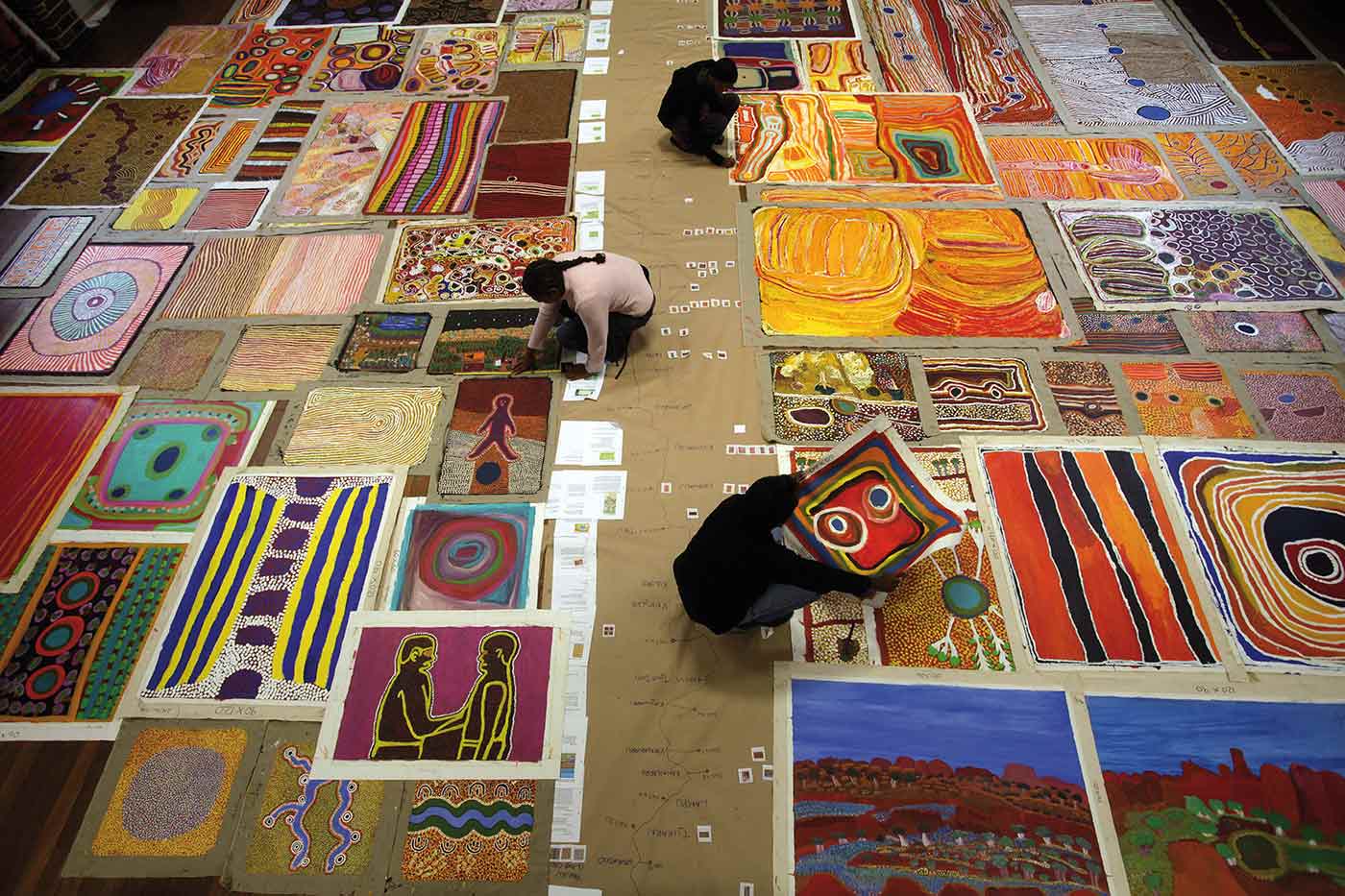 Co-curators with the collection in Perth

The true complexity of the Canning Stock Route collection was slowly revealed as the job of defining it got underway.

During seven week-long sessions, spread over 14 months, a team comprising co-curators Hayley Atkins, Doolmarria Louise Mengil and Murungkurr Terry Murray, and consulting curator Wally Caruana, who worked as a mentor for John Carty, Monique La Fontaine and myself, struggled to determine what would be included and what would not.

The project had brought the colour, light and vigour of the Western Desert to Perth. Just as Hayley Atkins had arranged the works of art on the shores of Nyarna (Lake Stretch), the team now laid them out on the floor of the Black Swan State Theatre Company: they formed a vast psychedelic carpet of Country.

Altogether, 190 works of art had been acquired during the bush trips or from the art centres afterwards. The team eventually pared this down to 127.

From late 2007 to late 2008 team members immersed themselves in the works of art and in the voices of artists. Gradually the immense jigsaw of the collection began to be pieced together.

The curatorial team needed to gain their own understanding of the stories in the works, and their relation to specific Countries and family connections surrounding the stock route region.

As Hayley explained, 'It's one road but many people got stories for it.' What she liked most about her job was 'how the paintings and stories really connect and how you have to make them sit together, the colour and stories'.

Louise explained that Wally 'taught us to look beyond the painting itself, listen to the artist and its story, recognise the place and put that into the painting'.