A dynamic collective: The team in action

The story behind the Canning Stock Route project (part five)

The key elements driving the Canning Stock Route Project's development were the notions of collaboration and exchange, as shaped and directed by artists and community contributors. But this is a story not just about the Western Desert's traditional owners. It is also the story of the ability, passion and dynamism of a professional Aboriginal collective that worked on the project from 2007 to 2010.

The 2007 bush trip employed a myriad cultural advisers and translators, and younger people from the communities in the role of trainees or cultural and creative apprentices. Many of the team members were also working together for the first time.

The Aboriginal curatorial and multimedia employment programs were two other pilot schemes set up on this trip. Later they were formally established, in response to the desire on the part of senior people to see younger members of the community gain greater professional opportunities.

Finally, the Aboriginal professionals who facilitated the trip played a pivotal role in cross-cultural communication and the development of content for the project. Artists trusted the people they were working with and were happy to see the young people they knew taking on important responsibilities.

The employment and training programs helped not just to manage content but also to cement the strong links between the project and the art centres and community networks. Whether writing biographies, filming, interviewing, recording stories or explaining the exhibition design in Country, these young team members made an immediate connection with the artists' worlds.

As Hayley Atkins put it, 'I feel excited when I'm with the old people. I get really into them. They talk non-stop! You get a lot out of them and they teach you a lotta things. That's why they work so hard.' 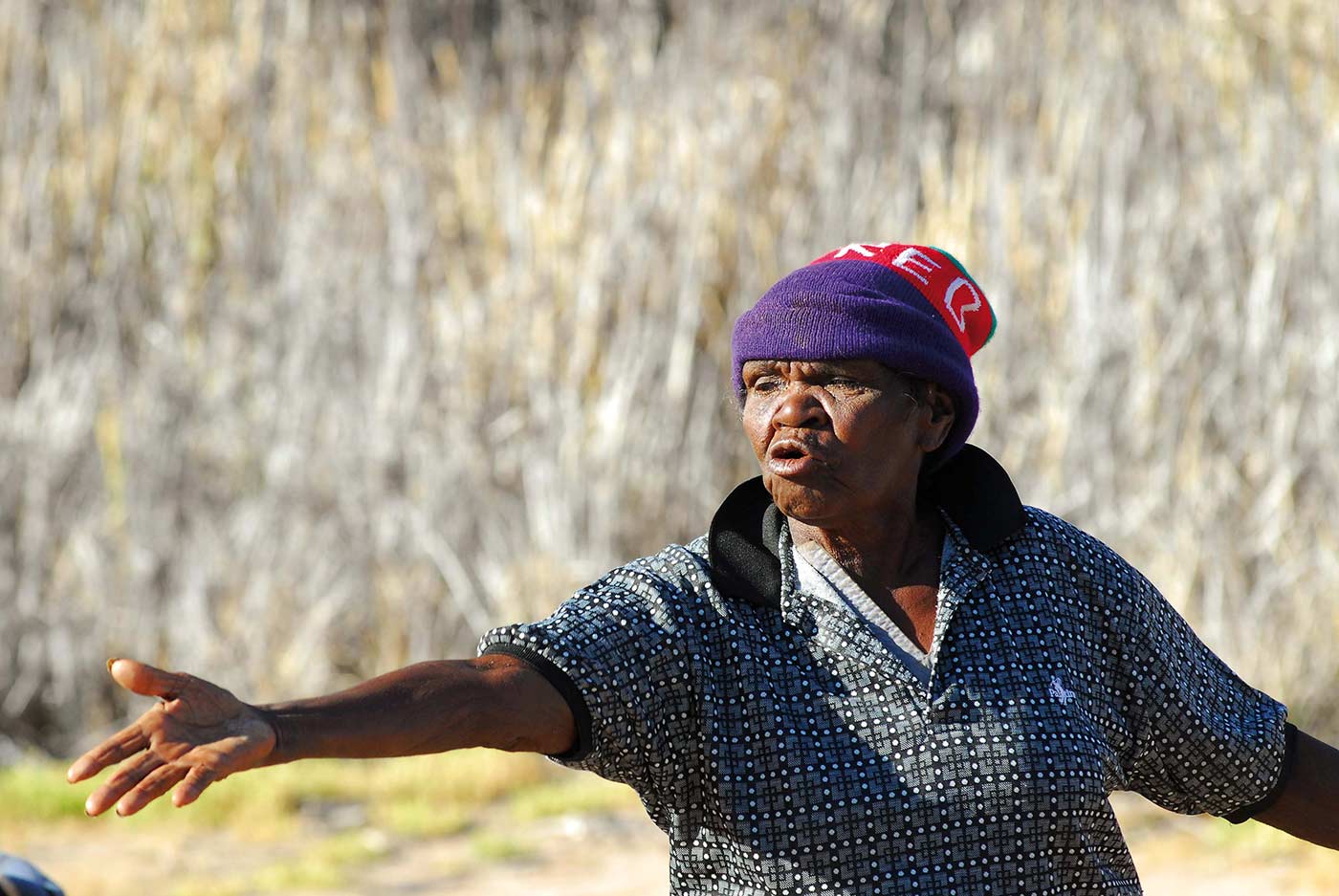 The project's cross-cultural team facilitated all project events: community visits and meetings across the Western Desert, 'return to Country' trips and artistic workshops.

Its members also assisted in developing associated exhibitions and activities in Port Hedland and Wiluna, and the curating of the International Olympic Committee's exhibition in Perth and Beijing. They selected the works to be included in the Canning Stock Route collection, and set up a process for obtaining approvals and clearances for all cultural content.

Each time the team met, the processes of collaboration were re-imagined and reconstituted. Team members brought their knowledge, cultural backgrounds, skills and experiences to bear on the way the project evolved. [1]