The body is a site of significance.

The genesis of Emily's mark-making lies in painting linear designs on women's bodies for ceremonies known as Awelye. 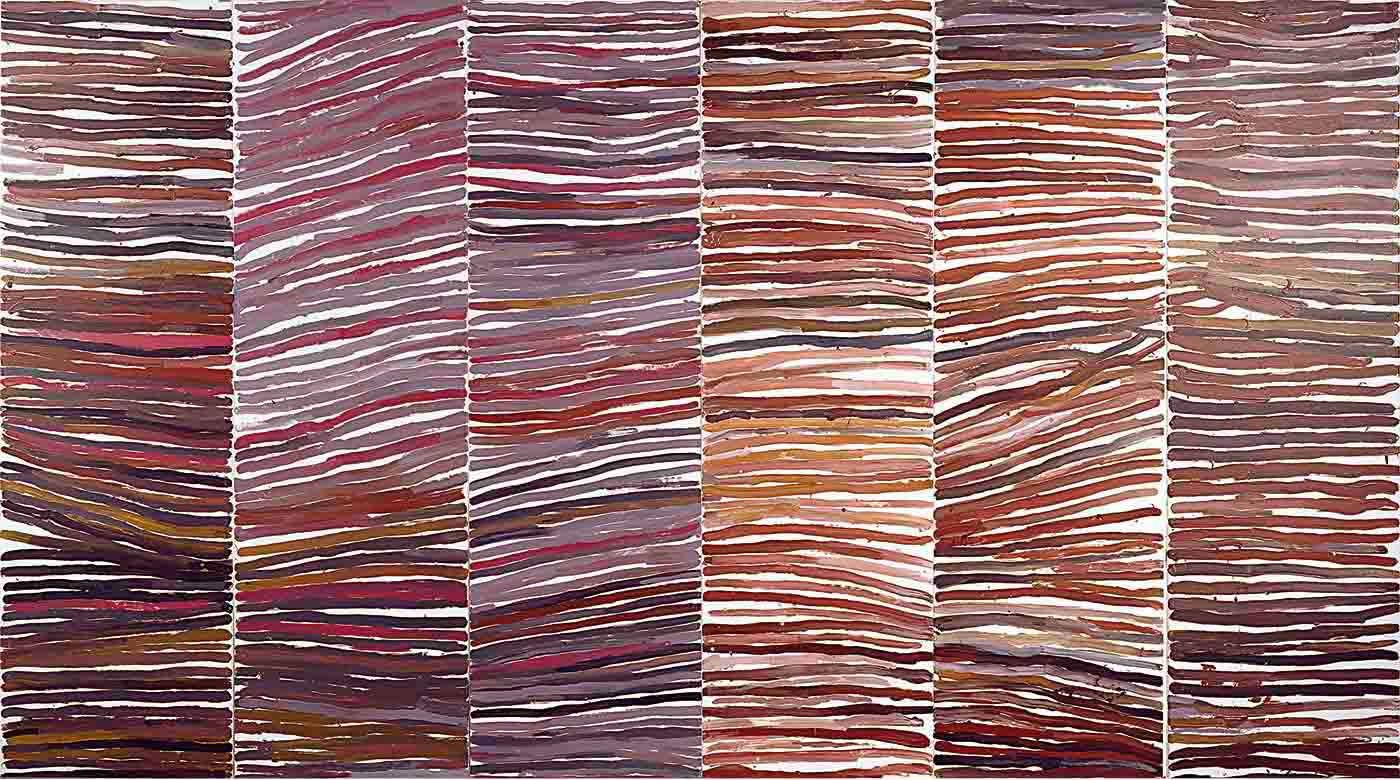 When Emily was introduced to paper in late 1993, the profuse dotting and linear patterns of earlier years gave way to a bold, austere style of minimal stripes. These singular lines soon evolved into multicoloured stripes that evoke the raw and earthy character of body painting.

While these stripes recall the lines that appear on the body as ceremonial markings, these same horizontal and vertical elements resonate with the broader international concept of modernism. Japanese audiences see elements of calligraphy in the elegance and power of Emily's brushstrokes, and an echo of Japanese screens in the multi-panelled works.

These panels mark a new direction and form a dramatic contrast to the dot-based imagery that immediately preceded them. Painted in the first half of 1994, they belong to a body of work, mostly series of panels, in which Emily directly explores the linear forms of body designs and scarification marks as a primary subject of painting.

The artist has recast the ladder and grid-like elements that appear in her earliest batiks, elements that also underpin the dotted surfaces of most of her paintings, commonly referred to as 'tracking'. In the way that they intuitively parallel the broader international context of modernism, these panels resonate with the works of Australian artists Ian Fairweather and Tony Tuckson, and Americans Franz Kline and Hans Hoffman.

In works like these, Emily gives new expression to the powerful human tradition of mark-making and transcends the apparent boundaries between contemporary and traditional art practice, as well as between the local and the international.