This rare woodblock carries an engraving based on an illustration by colonial artist Samuel Thomas Gill. It shows three crack riders demonstrating ‘buck jumping’, a crude form of horse breaking, outside a central Melbourne horse bazaar.

The block was used in 1864 to print Gill’s illustration, titled ‘Bourke Street West in the forenoon’, for the Australian News for Home Readers, a British newspaper. 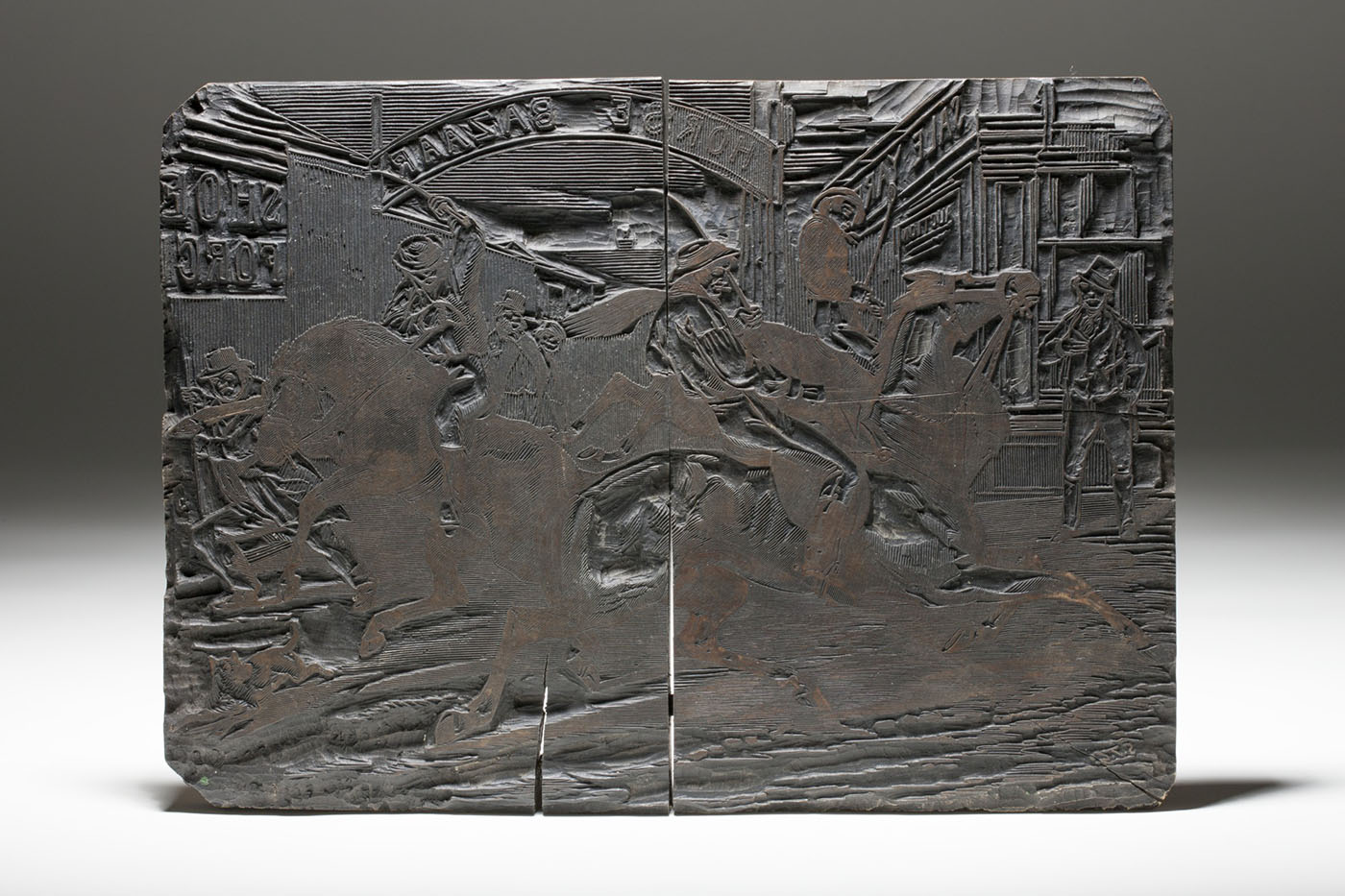 Gill’s illustration reflected growing civic concern in Australia, as horse numbers grew in urban areas. During the second half of the 19th century, authorities began introducing by-laws and other regulations to manage the equine populations.

One law, for example, limited the movement of unbroken horses and cattle in Melbourne to the early hours of the morning. Another, made it illegal for horses (and other livestock) to roam free in the streets, and a third sought to safeguard pedestrians by prohibiting people from riding their horses on the footpath. 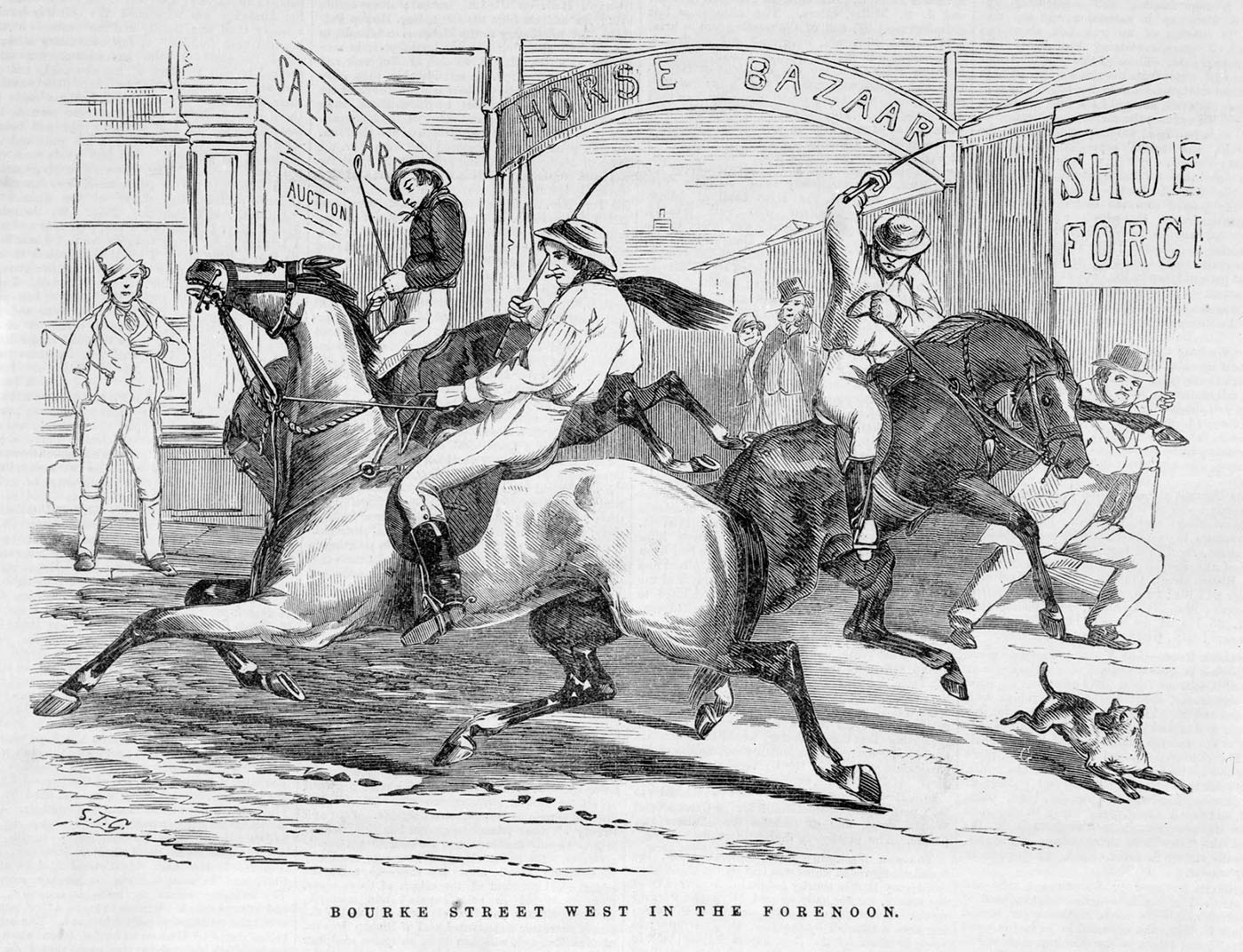 ‘Bourke Street West in the forenoon’ by ST Gill