Until the early 20th century many Australians travelled between towns and cities by paying for a seat on a horsedrawn coach. Cobb and Co. dominated routes across the eastern colonies of mainland Australia. At the height of its operations in the 1870s the firm harnessed around 6000 horses daily, with thousands more resting.

Its coaches ran more than 48,000 kilometres a week. Cobb and Co.’s early teams were colour-matched, but as coaching firms increasingly competed to offer the fastest service, it became more important to harness together horses of similar strength and speed. 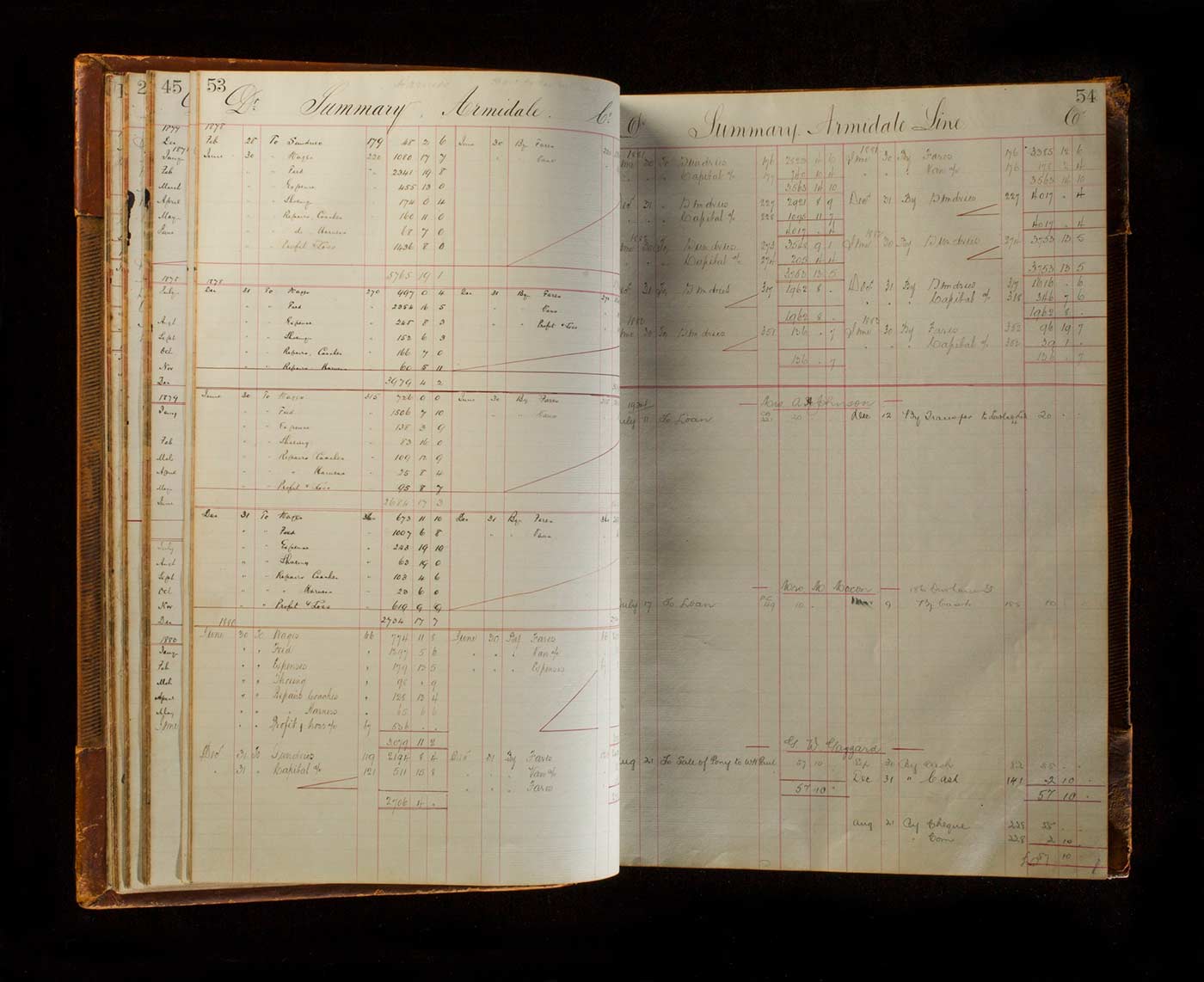 Ledger for Cobb and Co.

This ledger records the accounts of the Tamworth branch of Cobb and Co., which maintained lines to Maryland, Inverell and Armidale, between 1877 and 1883. It documents the value of passenger and freight trade as well as the cost of maintaining coaches and harness, paying wages, and shoeing and feeding the horses.