Harness racing, incorporating both trotting and pacing, started in the Australian colonies around 1810.

The sport grew quickly as it attracted both the well-to-do and competitors who could not afford to buy a quality ‘galloper’ or keep a riding hack that they could also race, but who were happy to run the horse who also pulled them around town every day. 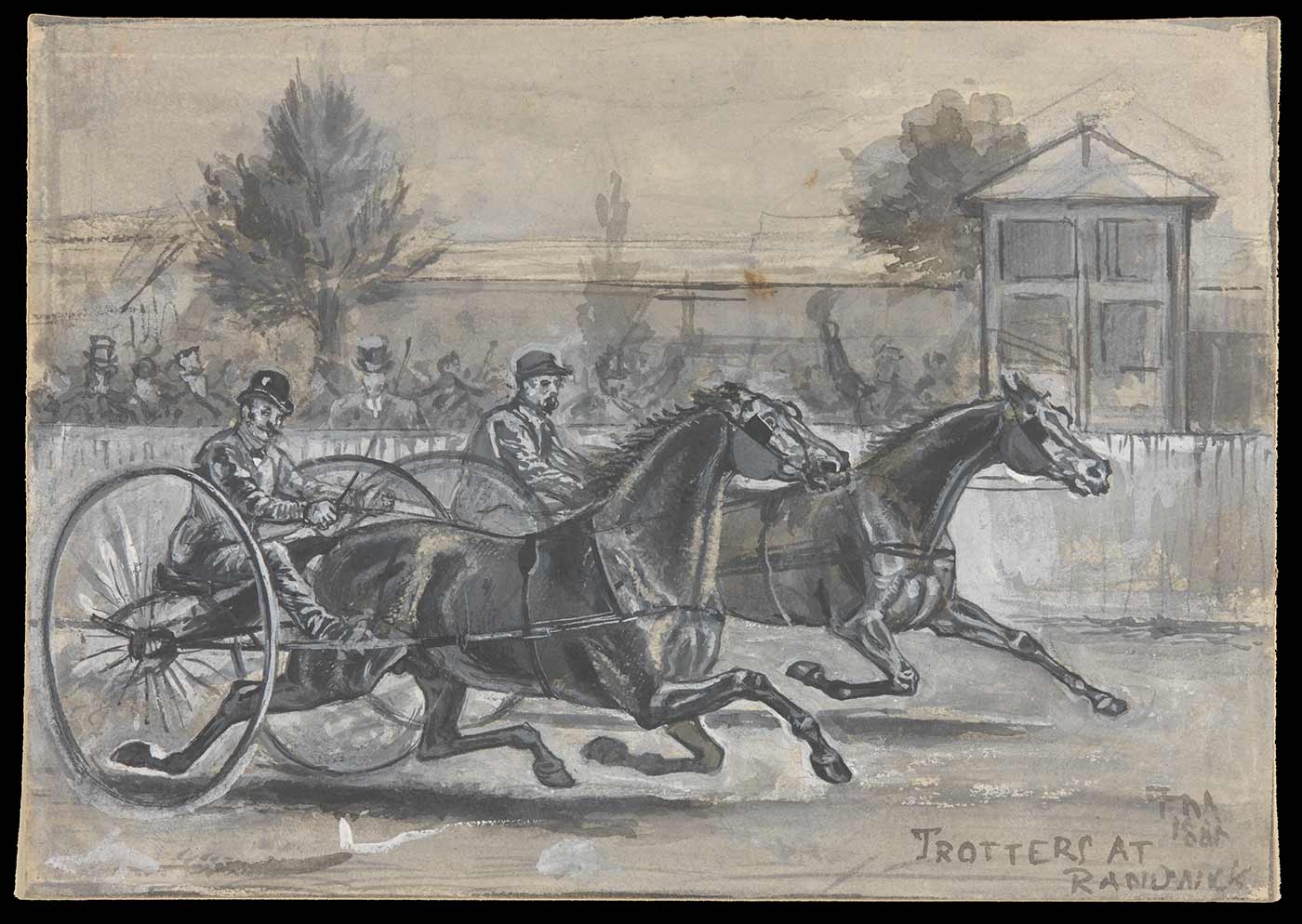 Frank Mahony began work in an architect’s office at age 10, but he reportedly drew horses instead of plans. He became a well-known artist, lauded for his ability to capture horses in motion.

Mahony produced this ink and wash drawing of a trotting race at Randwick racecourse in Sydney in 1887. At the time, harness races were usually run on the same tracks as riding races, often as part of a racing carnival.

In 2014 there were more than 90 purpose-built harness racing tracks in Australia.