Until the early 20th century law and order was kept in Australia by mounted police. Horses enabled police to move quickly over large areas and all types of terrain.

Law-breakers also depended on horses, and many bushrangers started their criminal careers as horse thieves. From the 1850s as the gold rushes fostered the flow of traffic and valuables on Australian roads, thieves relied increasingly on being well mounted so they could attack and make quick getaways. 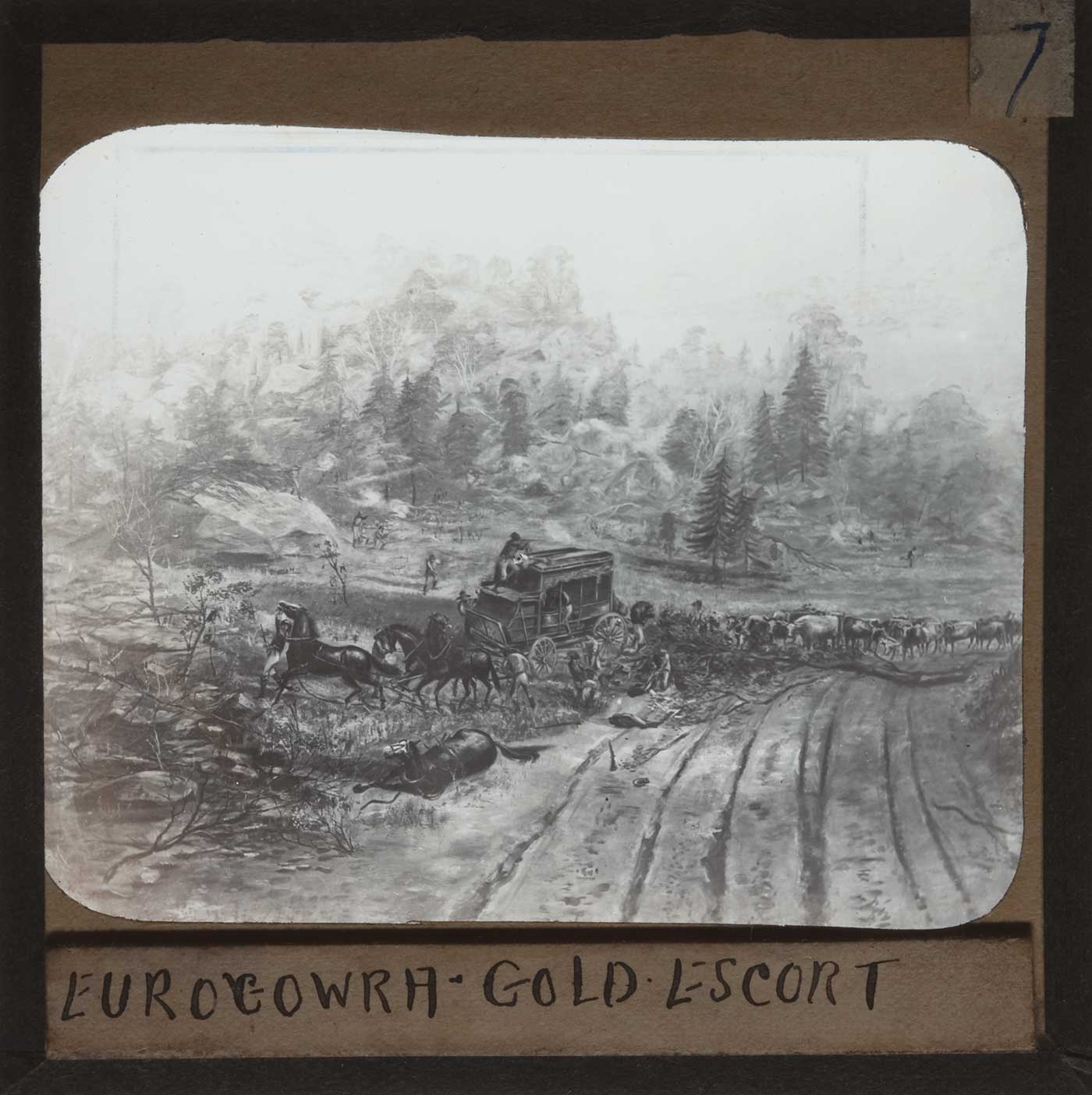 By the 1890s bushranging had largely died out in Australia, but the bushrangers who had held up the gold escort, robbed banks and hotels, and attacked isolated homesteads to steal horses and food were rapidly becoming cultural celebrities.

This slide, probably made for projection in a hall, depicts the attack by Frank Gardiner and his gang on the coach carrying gold and cash from Forbes to Orange in New South Wales. 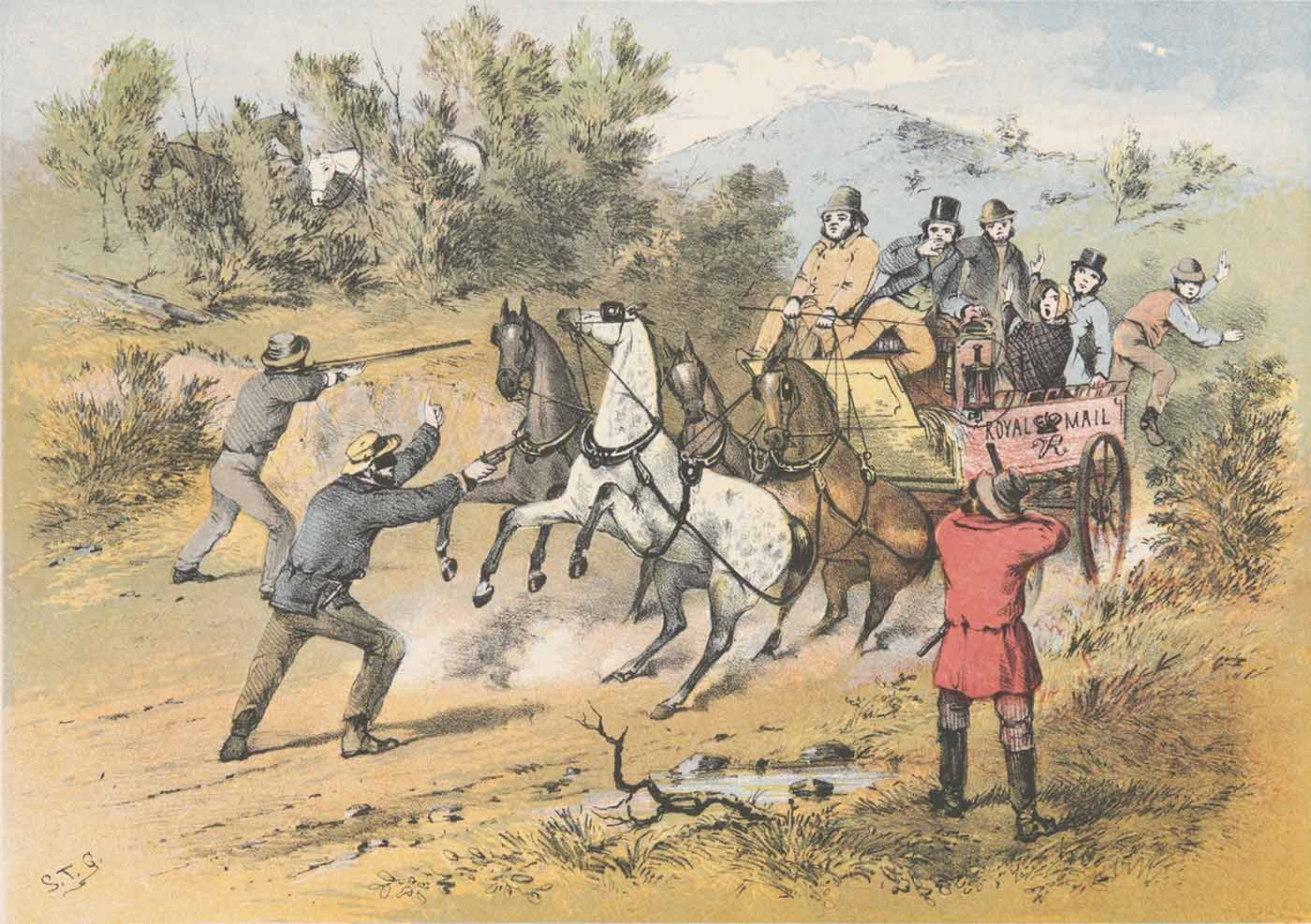 ‘Attacking the mail’ by ST Gill