Johnny Scobie grew up on his traditional lands in the Western Desert, far from the influence of non-Indigenous Australians. He later moved to a government settlement with his parents. Though he was one of Papunya Tula’s original shareholders, he did not start to paint until 1975. He was deeply involved in the success of the new community of Kintore, established in 1981. He resumed painting in this period, often enlisting his wife to paint the dotted backgrounds. 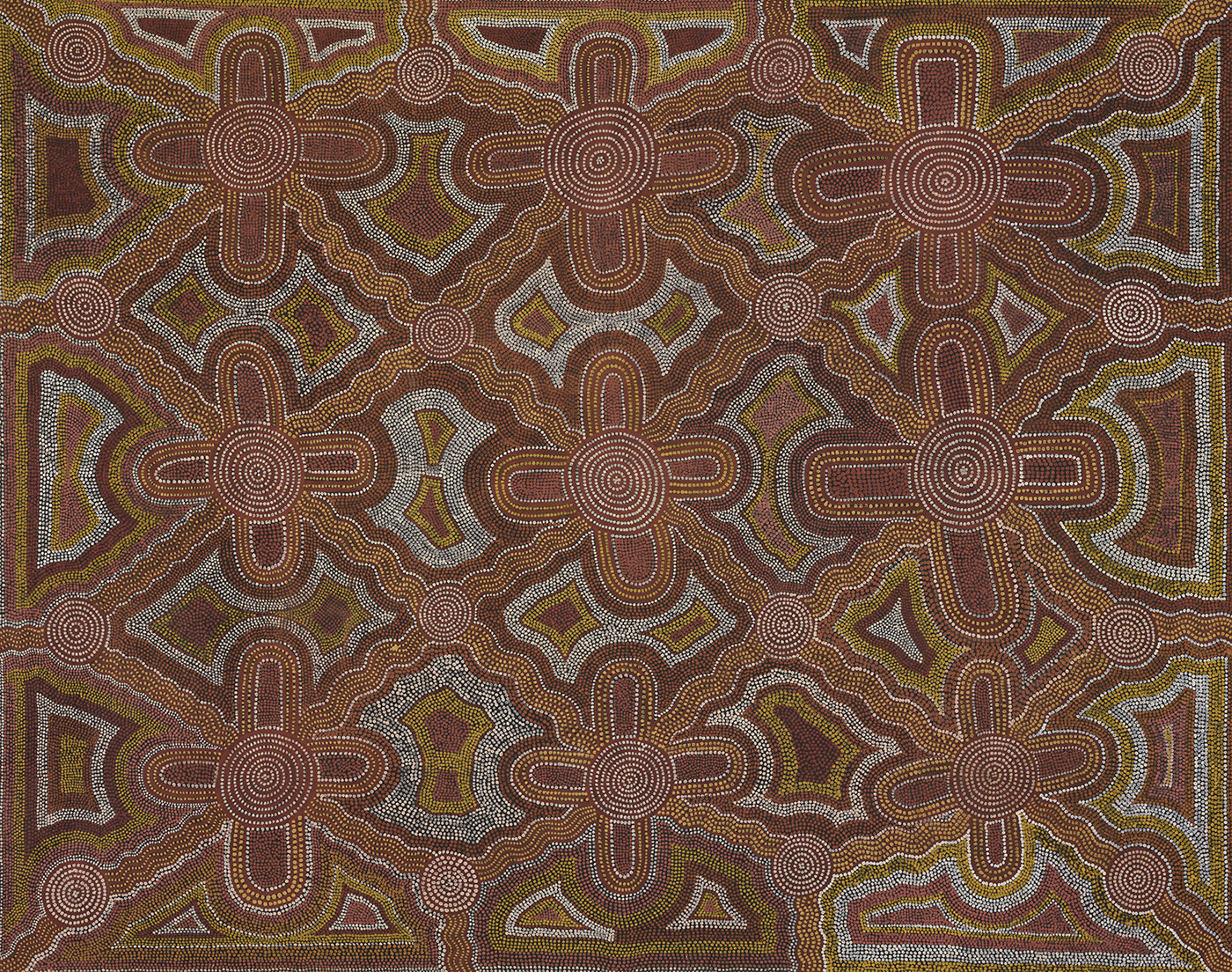