Mick Namararri and his sister were brought up by relatives after their parents were killed by a revenge party. Later they moved to a Christian mission, where the artist attended school before working as a stockman. In 1971 he was one of several Papunya; councillors who became founding members of Papunya Tula Artists. In the 1990s he was recognised as one of the painting movement’s elder statesmen and in 1994 was awarded the prestigious Red Ochre Award for his contribution to Aboriginal arts. 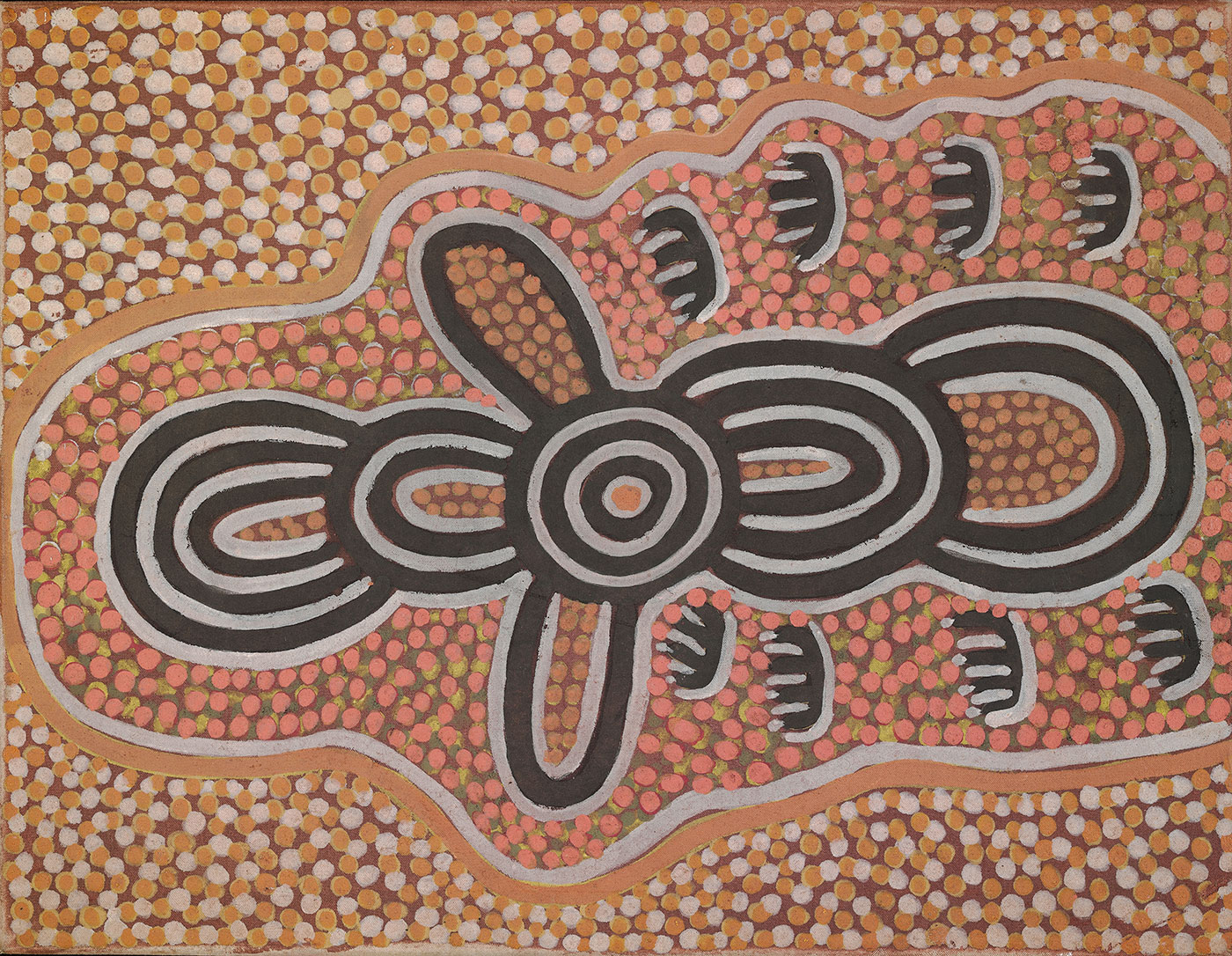