Ray Inkamala grew up in an isolated part of the Western Desert. His first contact with non-Indigenous society was seeing planes overhead as a small boy. His parents died of hunger and thirst in the desert and he was adopted into an extended family, which went to live in a Christian mission in the 1930s. He worked as a stockman before moving to Papunya and later to several of its satellite settlements. He painted intermittently from early 1976. 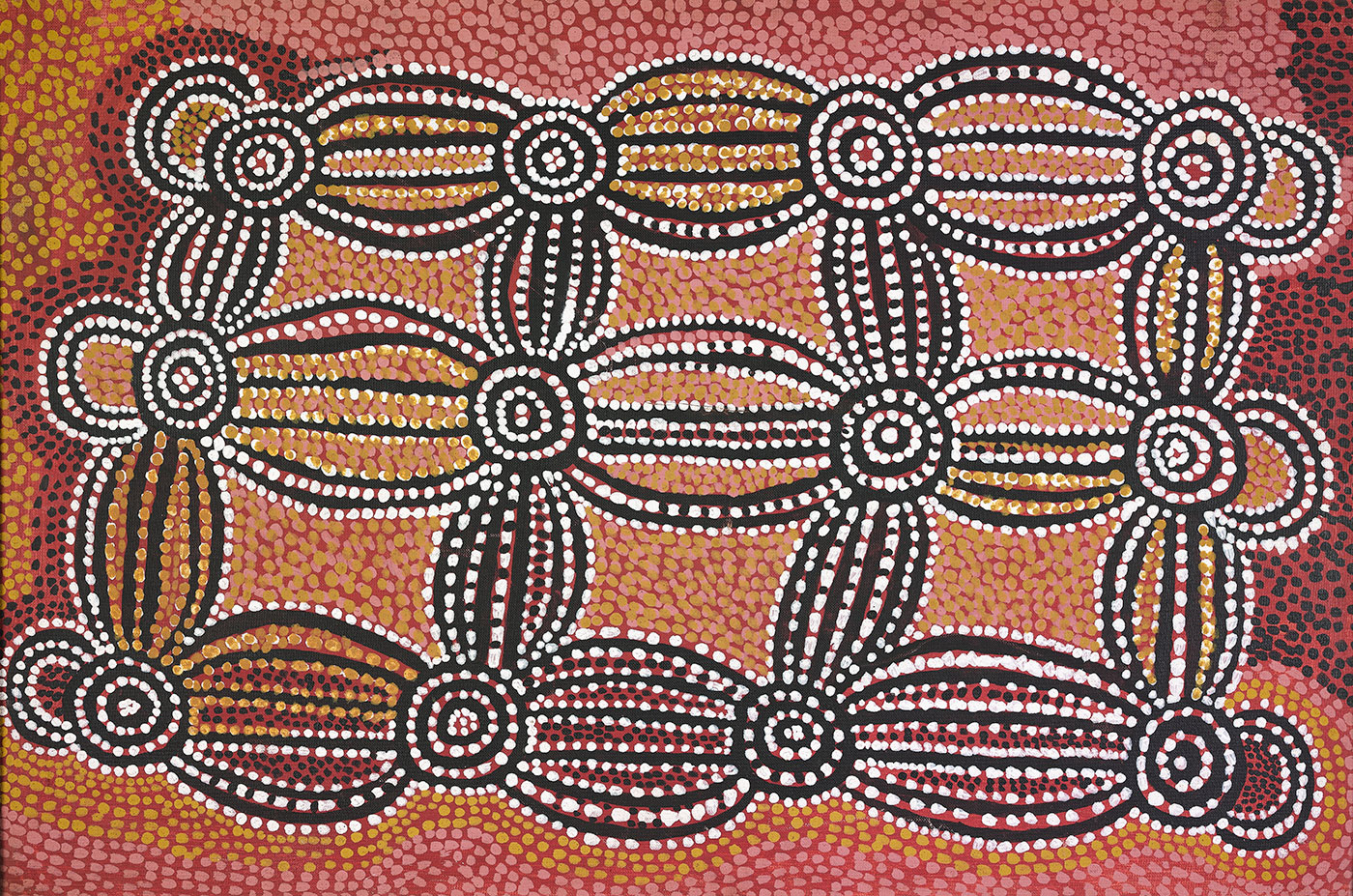