George was born in a remote part of the Western Desert. He travelled to Papunya and began painting for Papunya Tula Artists in 1976. He continued painting intermittently during the 1970s and more regularly after moving to a settlement on Pintupi lands in the early 1980s with his wife and five children. In the late 1990s he switched from painting classic Tingarri themes to his trademark topographical linework for his first solo exhibitions in Australia's eastern state capitals, earning immediate acclaim. 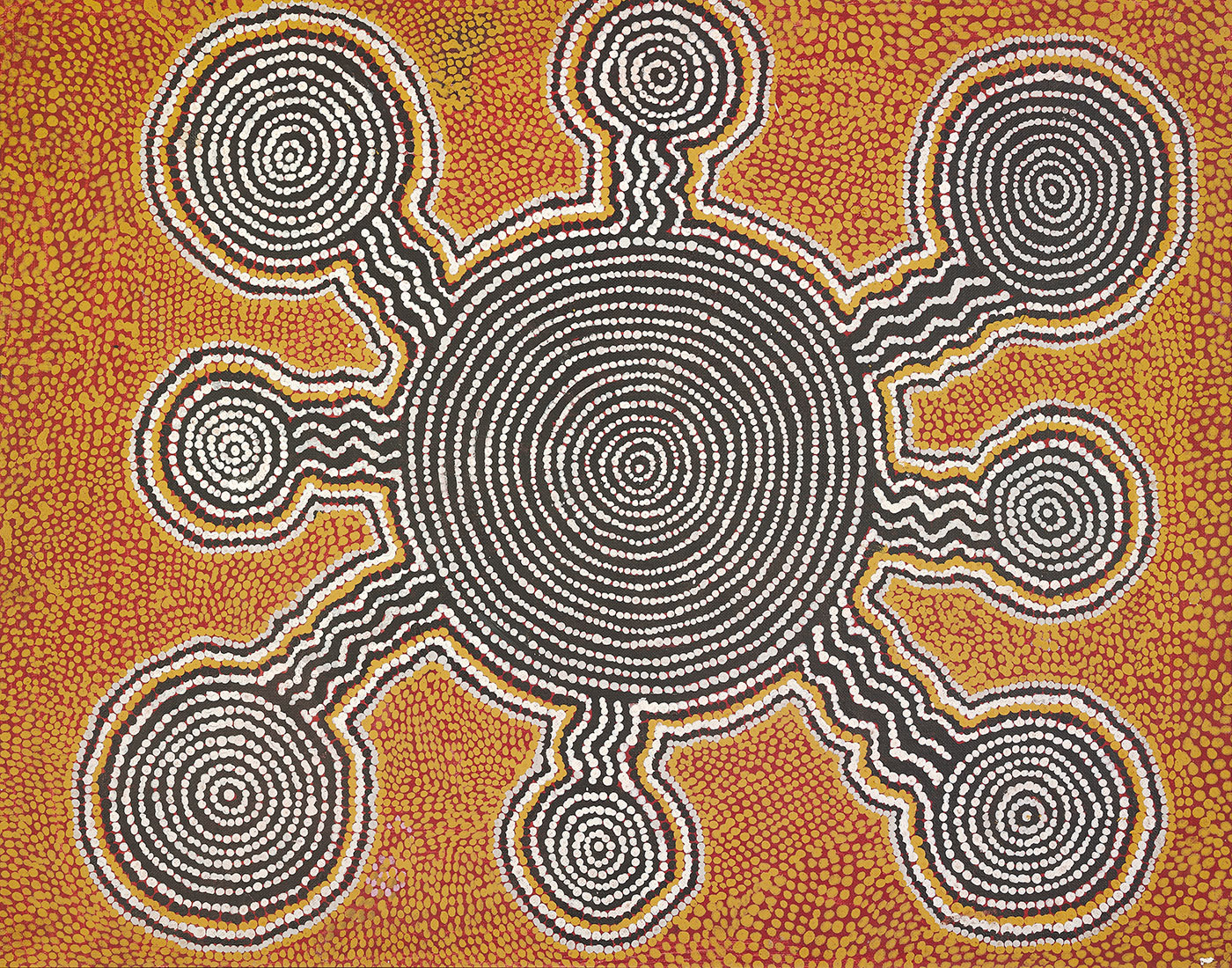 The Dancing Women at Nyuminga