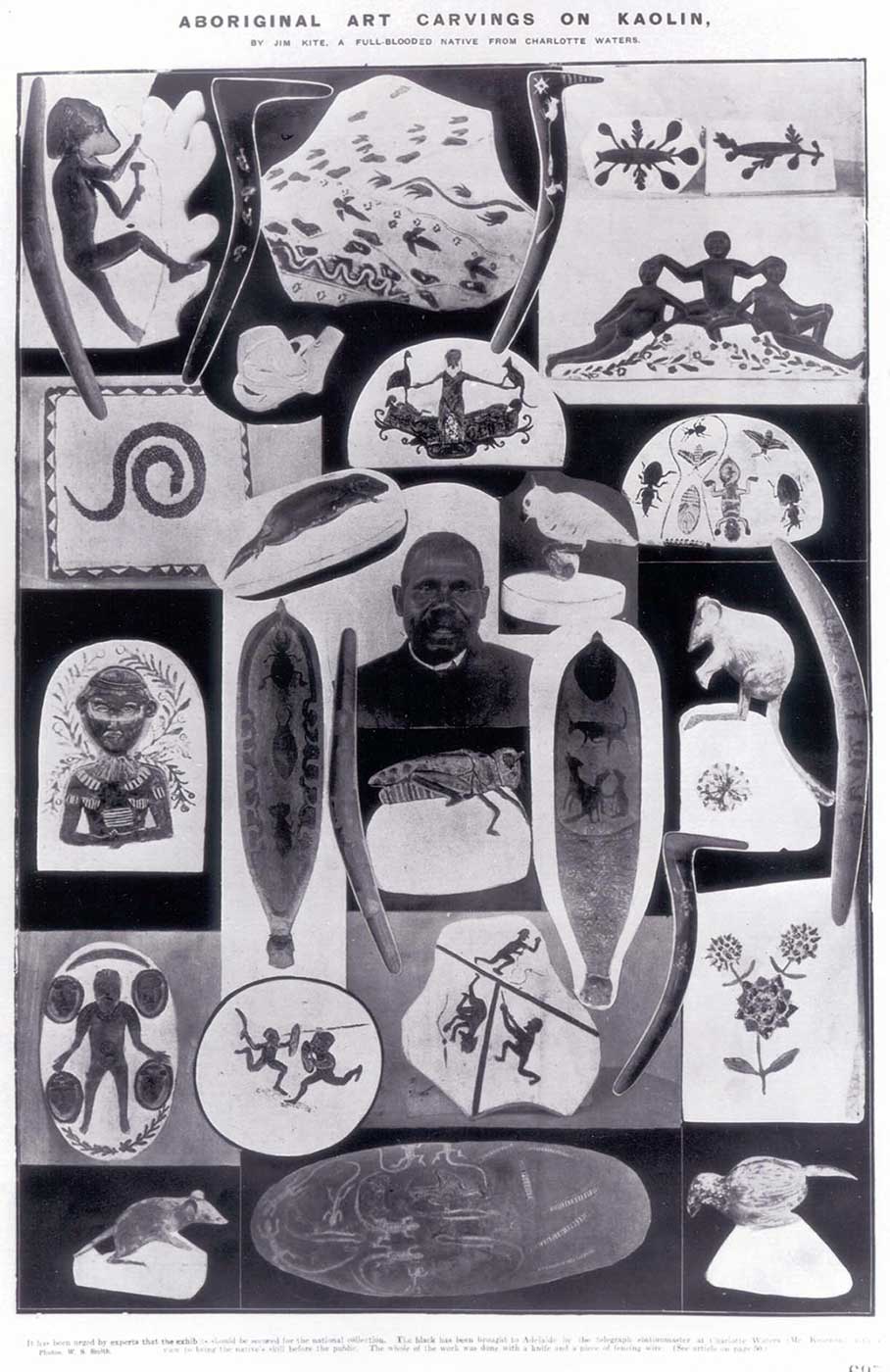 In an upstairs room at the Selborne Hotel on Thursday I saw the triumph of the aborigine’s handiwork. They ought surely to be purchased for the national collection. Jim Kite was then with Mr. Kearnan, who interviewed him for me … The table was spread with perhaps a score of valuable and diversified creations of the black’s extraordinary intellect. All the creeping and jumping things … and peoples of the bush were there fixed on the immaculate white background of kaolin ornaments.

In the early 20th century Aboriginal people were largely excluded from mainstream society. Yet some individual Aboriginal people stand out for their contribution to Australian history or art and, as in the case of Southern Arrernte artist Erlikilyika (Jim Kite), received some recognition at the time.

In 1901–02 Erlikilyika provided major assistance to an anthropological expedition led by Baldwin Spencer and former post and telegraph master Frances James (Frank) Gillen. He not only helped look after the camp and horses but also proved an important intermediary between the anthropologists and the Aboriginal people they were studying.

Erlikilyika also liked to draw and, by 1913, he was sculpting in kaolin (clay). That year he was taken to Adelaide where his art was described as a ‘triumph’.